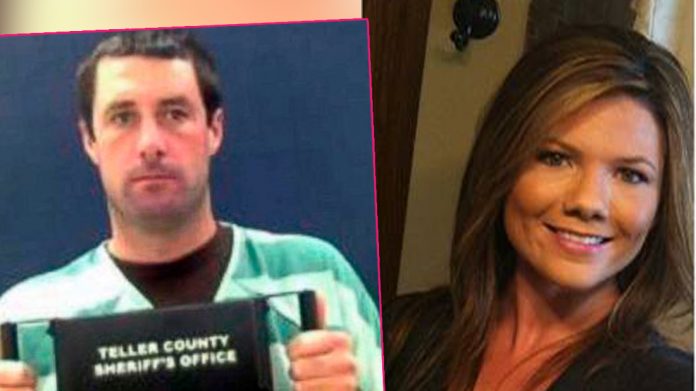 The grand media carnival is underway, as once again Teller County hits the national spotlight for a horrific event.

Oddly enough, our friendly abode, known for spectacular views and unparalleled recreational opportunities, is receiving more notoriety for tragedies. Just add this one to the list of our prime notoriety: the Jacob Ind double-murder homicide case, the Texas Seven fugitive capture and extradition hearings, and the Hayman and Waldo Canyon fires. We get much more acclaim for bad events, than for anything normal.

What many locals dubbed as the “Trial of Century” officially kicked off late Friday afternoon, with the infamous case of Patrick Frazee of Florissant, accused of brutally killing his former fiance Kelsey Berreth  on Thanksgiving Day, 2018. This marks the most celebrated murder trial of this magnitude to be held in a courtroom in Cripple Creek, the county seat of Teller County, in decades.

And despite all the media hype, the much-anticipated trial actually is proceeding ahead in a business as usual scenario and is right on schedule, with few delays. Many locals were shocked that the jury selection, which nearly targeted 2,000 folks, was completed within several days. The end result included a jury of nine women and seven men, including four alternates.

In fact, even as late as Friday morning, it seemed touch and go to  make the final selections, with 80-plus potential jurors still in the running, prior to the afternoon’s scheduled opening statements, according to certain reports.

Maybe it’s just that we have experienced so many pre-trial comments and insider reports and speculation, but the opening trial debut was somewhat uneventful. The biggest highlights included stern warning by District Judge Scott Sells, telling court audience members and media folks the rules on court decorum. For example, if you left the courtroom during the proceedings for whatever reason, you could not come back until the conclusion of the next break. And if you do any live reporting, social media blasts and such, you could have your phones and computer devices confiscated immediately. Law enforcement presence was quite visible last week, but not overbearing. Mostly, they are expecting voluntary compliance with the rules from media members.

The opening statements offered few surprises with the prosecution and defense keeping to their scripts, with both sides presenting their cases quite concisely. That was a  pleasant surprise from other murder trails of this magnitude, with openings extending for several hours.

“This is the face of a killer,” said Viehman, in showing a surveillance image of Frazee, in a red pickup truck, supposedly on the way to kill his fiance on Thanksgiving, at the outset of her comments. Viehman stood right in front of the jury section, when making these comments repeatedly. She also showcased the Woodland Park condo, where the killing, involving the blindfolding of Frazee and smashing her with a baseball bat, allegedly occurred. Scenes also were shown of Frazee’s ranch in Florissant, where  Kelsey Berreth’s body was reportedly burned.

In detailed fashion, the prosecution’s opening comments focused on the trail of cellphone 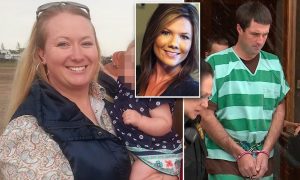 calls between Frazee and his former girlfriend, Krystal Lee Kenney, suggesting that a conspiracy occurred with the plot of killing Berreth and disposing of her body around Thanksgiving of last year. They showcased the blood left at Berreth’s condo.

She described how Frazee attempted to get his former mistress to kill Berreth on three separate occasions. But she couldn’t commit these crimes and backed out each time. And when authorities say Frazee killed Berreth himself, it took Kenney four-plus hours to help clean up the scene.

According to the prosecution, Frazee tried to convince her former girlfriend to kill Berreth to save the life of their child, Kaylee.

Many Foundation Problems With Prosecution House

But the defense, led by Ashley Porter, refuted these claims and appeared to lay doubt on the forthcoming testimony of Kenney. Porter compared the prosecution’s case against Frazee to buying a house with “serious foundation issues.” She said it looked good, until you looked at the details and detected many structural faults.

For the most part, Porter indicated that Kenney isn’t a credible witness and only came up with a bizarre story to avoid going to jail. “It’s not until after she cut a deal, that then she tells this tale,” said Porter. The defense attorney tried to trash her story, indicating that Kenney tried to elude police officers. “So many parts of Krystal’s story are not collaborated by the evidence,” said Porter.

The defense, though, didn’t come up with an alternative killer, but questioned the lack of a motive for Frazee to commit the crime. Porter also noted that little evidence of the crime was detected at Frazee’s condo.

Neither of these opening statements shed much new light on the case.

Her testimony definitely clashed with Frazee’ claims that the couple was planning to break up, and that Kelsey Berreth decided to take off, when she was reported as missing. And when Cheryl Berreth spoke with Frazee following the time of her daughter’s disappearance, she was told by Patrick that the two had decided to go their separate ways. “We are no longer together,” said Patrick Frazee, according to Cheryl Frazee’s testimony.

Cheryl Berreth conceded  the relationship between her daughter and Frazee experienced challenges due to financial factors and Kelsey having to work outside the area, in Grand Junction and Pueblo. Kelsey worked mostly as a flight instructor, while Frazee was a rancher.  The two, though, both longed for the rural lifestyle and mulled buying a ranch together, according to Cheryl Berreth.

In addition, Cheryl Berreth told of an estranged relationship between Kelsey and Frazee’s mother due to the fact that the Kelsey never revealed her pregnancy, and consequently was asked to not stay at the Frazee home in Florissant any longer.

Cheryl Berreth also maintained that her daughter was committed to their daughter. “Kaylee was Kelsey’s life. “Her world revolved around Kaylee.”

Cheryl Berreth displayed much emotion, when she described what amounted to her final conversation with  Kelsey on Thanksgiving Day that dealt mostly with typical mother-daughter talks.

For the most part, jury members took detailed notes and showed no emotion. Occasionally, a few smiles were revealed, when the prosecution and defense outlined communication woes with phone service in rural sections of Teller. That is a subject that many Tellerians can relate with.

On Monday, the defense was scheduled to cross-examine Cheryl Berreth.

The crux of the case could involve the testimony of Krystal Lee Kenney. That’s when the

rubber hits the mat for both sides. If convicted, Patrick Frazee faces life behind bars with no chance of parole.

Even with the stern media scrutiny rules, the courtroom is packed with media representatives from Colorado and other part of the nation  as the case has attracted national attention. The trial has also drawn many local observers who have vastly different opinions on the case.

The trial is expected to take three weeks to conclude.  Based on last week’s debut run, that goal may be achieved.

However, Judge Sells said he doesn’t plan to have any of the day’s deliberations extend beyond 5 p.m. to allow jury members to maintain a semi-normal life during their service.