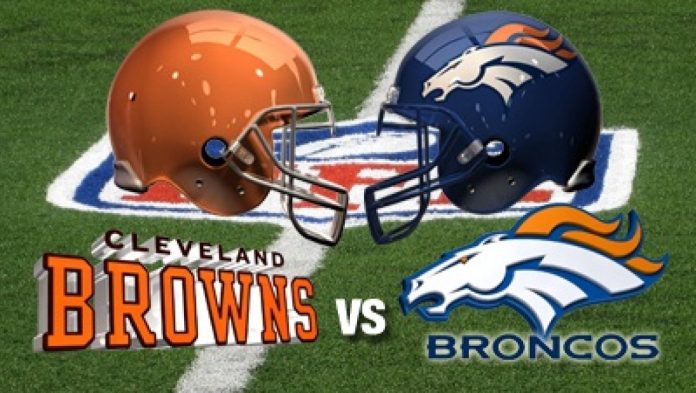 We’ve seen this before. Broncos blow a lead by giving a good team the ball back with two minutes left on the clock.

I won’t bore you with another rant, like I did last week. Suffice it to say the Bronco defense played well, but an offense that can’t score more than 17 points are not going to win many NFL games.

The Broncos are now the owners of a 2-6 record after falling to the Indianapolis Colts 13-15 last Sunday. 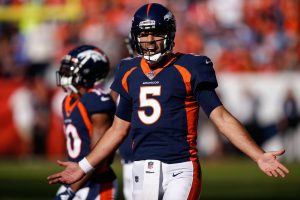 Finally showing a thread of emotion, Flacco called out Offensive Coordinator Rich Scangerello after the game. Flacco said, “Come on. We’re a 2-6 team and it just feels like we’re afraid to lose a game. Why can’t we be aggressive in some of these situations.”

Phillip Lindsay echoed what Flacco said, “We should’ve been able to get the 5 yards & run the clock out. We’re asking a lot of the defense, and we need to do better. Joe’s right — we have to be more aggressive, and when that’s coming from your quarterback, that’s saying something.”

It’s good to see that there is some fight left in these guys, even if they have to criticize their coach to get his stuff together. I think more of these guys have shown they want to be Broncos.

Next week the Cleveland Browns travel to Denver. The Browns took a beating by the New England Patriots last week 13-27. They turned the ball over three times

Over the years the Browns have not been shy to admit they were a team rebuilding. For 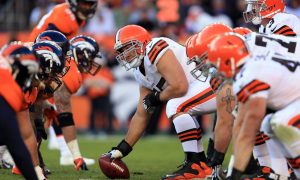 years they have been the darlings of the cellar in the AFC North. Their woes at quarterback are well documented. They’ve wasted more draft picks on bum quarterbacks than Imelda Marcos wasted on shoes.

When they drafted Baker Mayfield they thought they finally got the guy they were looking for. Mayfield has been effective at times but inconsistent. He’s averaging 7.6 yards per pass and has thrown 5 TD’s but has a tendency to chuck the ball off balance which has resulted in 11 interceptions. He is also averaging 250 yards per game passing this season.

The Browns have also been spending a lot of capital on free agents. They acquired wide receiver Odell Beckham from the New York Giants who is their primary deep threat. Beckham is averaging 15 yards per catch and has an 89-yard catch and run for a touchdown.

Their major weakness is the offensive line. Where have we heard that before? The big boys in the trenches have given up 16 sacks.

On defense the Browns are 30th against the run. They’ve given up an average of 154 yards per game. This could bode well for the Broncos.

On paper this game is a pretty even match up. So what do all these number mean when it comes to next week? Don’t mean diddly. That’s why they play the game. 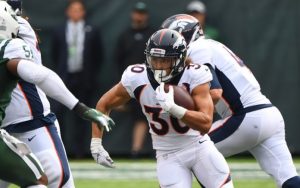 What the Broncos need to do to pull a rabbit out of their hat next Sunday is, (I think I’ve said this before), run the ball. Last week the Broncos couldn’t get the run game going. They had a combined 113 yards rushing against the Colts. The good news is, this Browns team isn’t the Colts.

I think the Broncos are finally getting it together with what they have. After the Chiefs game it seemed they had given up, but last week they played well enough to win with a score of 13-12, but thanks to some poor play calling failed. You can’t give a good team 2 minutes left on the clock down by one point and expect a tired defense to keep them from getting into field goal range.