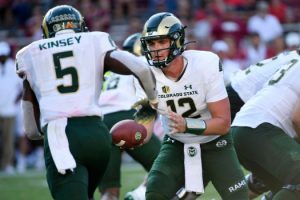 The Rams have continued to struggle this year and I do not see any light at the end of the tunnel. Their offense at times can look promising but their defense couldn’t stop a toddler from walking down the field.

This late in the season and with their poor record I do not see any chance of the Rams improving much. However, this week Ram fans may see a blessing as they play the UNLV Rebels this Saturday afternoon.

The Rebels look just about as pathetic as the Rams do this year. They have won big games against Vanderbilt and Southern Utah but they have not looked very impressive during other games. Recently they were blown out by Wyoming and Boise State and I don’t see them recovering from those losses this year.

Trevor’s Prediction: Let’s face it both of these teams look pretty sorry this season and I bet television channels are not fighting over who gets to air this one.

But, I actually think that my Rammies have a chance to get another “W” this week. I think the Rams offense can and will surpass the Rebel defense in another high scoring college football match. Colorado State 38, UNLV 31.

The Buffs have yet again let their fans down another year. After their 35-31 loss against USC last Friday I do not think that the team can recover. 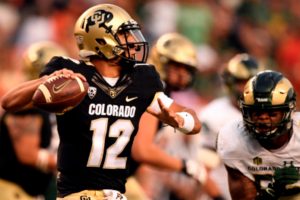 Their defense yet again failed them by allowing so many scores. The Buffs offense seems to always be in the game but they don’t receive any help on the other side of the ball.

Luckily for Buff fans this week, they play the UCLA Bruins that have a worse record than their Colorado opponent. The Bruins have also struggled defensively this year as they gave up over 60 during one game that they ended up winning 67-63! 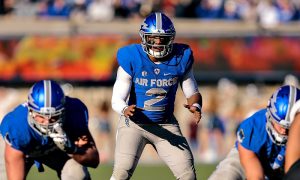 This week the Falcons play another rivalry match as they take on the 3-5 Army Black Knights at home this Saturday afternoon. Normally I would say that Falcon fans should be worried about this one but the Army team has looked anything but stellar this year.

Army this year has lost to many teams that seem mediocre at best. The Black Knights have also lost to teams that Air Force has dominated.

Trevor’s Prediction: I think that this should be an easy game for the Falcons even if they don’t have Hammond as their starting QB. The rival team will show up strong and I think that they will give them a run for their money. However, I predict that the Falcons’ offense will outdo the Army’s defenses and that they will basically dominate throughout the game. I think that for Falcon fans this week’s game is probably a good one worth watching as they will see the Falcons light up their Army rivals. The score could stay close for the first part of the game but in the end I see the Falcons taking it over. Air Force 45, Army 21.