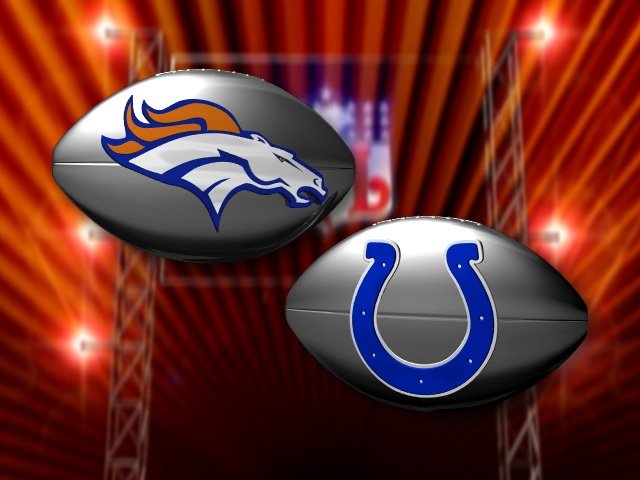 Broncos and Colts Square Off

Before I get to the Colts preview, I just have to vent my frustration over the Chiefs game last week. The stage was set, the Chiefs were at their must vulnerable, having 6 key members of their starting lineup sidelined with injuries. Their defense was 30th against the run. Quentin Tarantino couldn’t have scripted a better scenario for a Bronco victory. All the Broncos had to do was run the ball effectively to work the clock and keep Chief’s quarterback, Patrick Mahomes on the bench.

On their first possession the Broncos ran 10 plays, took 5:54 seconds off the clock, and scored a touchdown. That is when the wheels fell off. Instead of kicking the extra point Coach Fang decided to go for the 2-point conversion. It failed. Was this an admission that t 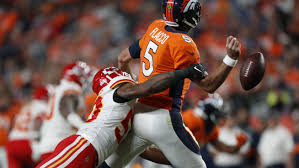 he coaching staff was afraid they couldn’t hang with the Chiefs and was a desperate attempt to sneak in one more point? Or was it an in your face move to discourage the Chief’s defense? The answer became apparent on the last Bronco possession of the first quarter. Fourth and 13 on the Broncos 45 yard line and the coach calls a fake punt that ended in a sack of punter, Colby Wadman. Obviously they were scared. Scared as a jack-rabbit that has heard the howl of a wolf.

Then Mahomes went out of the game in the first quarter with a dislocated knee cap and was replaced by Matt Moore, a guy who was undrafted, canned by 2 other teams, and was a football scout for the Miami Dolphins before being signed by the Chiefs. And the Broncos

I was at that game. Our seats were in the north stands, section 519, 4 rows down from the very top of the stadium. Birds were flying 50 feet below us. The stands are so steep the seats should come with seat belts. If you fell from up there, you would take out at least three more poor souls as you careened down the slope all winding up in a bloody heap at the edge of a 75 foot drop off where, if you went over the edge, would kill at least another 5 fans below. I wouldn’t quite compare it to the Capitol Peak knife edge to the summit of Colorado’s most dangerous peak, but it is up there on the sphincter pucker factor scale.

We could see the entire crowd from our perch high up where eagles fear to tread.

By the end of the half, you could sense the home crowd was deflated like a Tom Brady football. We could see it throughout the stadium. The Broncos were down 20-6 at halftime. On Chiefs third down attempts the noise that emanated from the crowd went from a roaring train to a whimper. The crowd went from a foot stomping, stadium shaking earthquake creating horde of 400-pound gorillas to quietly sitting on their hands murmuring incoherently like whipped dogs. All the while the tomahawk chop chants from Chiefs fans gouged the eyes out of stunned Bronco fans. We knew it was over.

What should have been a simple game plan of run, run, run the ball, Cool Tobacco Joe Flacco went to the passing game. Flacco is smooth with the deep ball. He’ll take your breath away and get you felling really good before eventually killing you, just like tobacco. 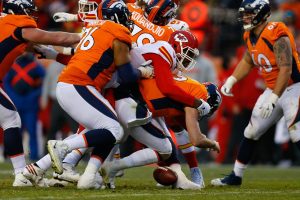 The Chiefs had more sacks than Walmart. The Bronco offensive line couldn’t stop a nose bleed. Joe Sacko never had a chance. The Broncos offense has now turned over the ball 9 times this year and Flacco has been sacked 23 times.

The Broncos have lost their soul. Their hearts have been torn out. But fear not loyal Bronco fans, the Broncos are only an offensive coordinator, offensive line, quarterback, and tight end away from being unstoppable. The only players left on this team with any integrity and grit are Phillip Lindsay, Dalton Risner, and Courtland Sutton. The rest have been reduced to a quivering bowl of jelly sliding down the slopes of the north stands in section 519.

Okay. End rant. On to the Colts. 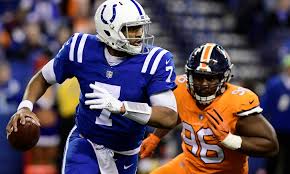 No Andrew Luck. Jacobi Brissett is now at the helm as quarterback. The Colts are another up and down team. They beat the Titans, the Falcons, and the Chiefs, but lost to the Raiders and Chargers. They are second, one game behind the Texans in the AFC South division. They have a stout defense, second behind the Titans in points allowed this season. Coming into this game, Brissett is sixth within the NFL with a quarterback rating of 121.5.