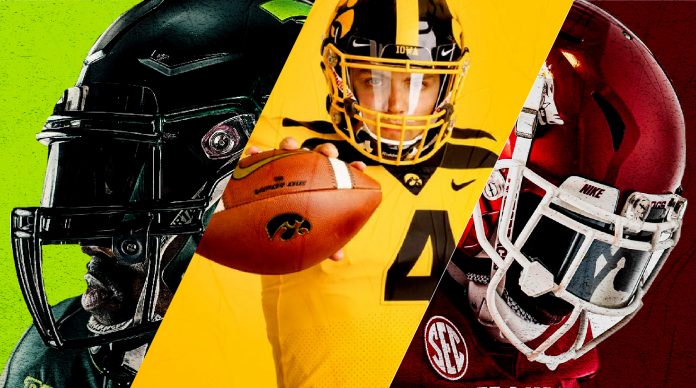 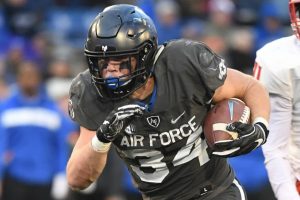 My predictions were close last week as the Falcons did win by a substantial margin. However, I predicted that the score during the game against the San Jose State Spartans last week would be in the Falcons favor by a score of 42-14 when the score actually ended up being 41-24.

The Falcons came back with a vengeance after their first loss of the season against the Mountain West leading Boise State Broncos. The Falcons’ offense stepped up again and was able to put points up onto the board.

This week though, the Air Force team has quite a challenge in front of them as they face the 2-1 Navy Midshipmen on the road. The Navy team has been looking really good this year as they won their first two games against Holy Cross and East Carolina by big scores. Navy lost last week against Memphis but the score was pretty close and the Navy offense still put over 20 points up on the board.

The Falcons have struggled defensively and even when they win due to their explosive offense they still allow their opposing offenses to score a decent amount of points every game. Their defense really needs to step up their game this week as they take on the Navy team that has shown to have quite an awesome offense.

I think that the Falcons’ defensive woes will prove to overcome them in this one. The Midshipmen’s offense seems to be one that will be tough to go up against. Since both of the teams have stellar offenses except the game to be another high-scoring one.

I think that the game will be close but that Navy will use their home field advantage to come out on top. The Falcons will most likely try hard offensively but their defense won’t be able to put a damper on Navy’s fiery offense. Navy 48, Air Force 45. 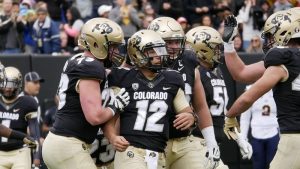 The Buffs surprised me two weeks ago when they proved my predictions wrong and came out on top against Arizona State on the road in a close 34-31 bout. The Buffs had last week off and hopefully they focused their efforts towards their defense.

The Buffs do look pretty good this year with their 3-1 record with their only loss being that close one in overtime to the Air Force Falcons. The Buffs have exhibited good play offensively but they have been allowing their opponents too many points each game.

This week the Buffs come back to their home in Boulder to take on the Arizona Wildcats. The Wildcats have been playing quite well recently after their first loss against Hawaii. They played well against both Northern Arizona and Texas Tech where they won both games by large margins. Their offense has been explosive whereas their defense has been hit or miss.

This one is going to be tough because yet again we have two teams with stellar offenses but defenses that have a tendency to struggle. The game will be high scoring as Arizona scored a total of 65 points against Northern Arizona and CU’s best was 52 points against Colorado State.

However, I do think that the Buffs will get the best of the Wildcats this week. The Buffs are at home and I think they will bring some good momentum out of their bye week after beating Arizona State in a close one. I feel that Arizona is doing pretty well this year but that the Buffs will slightly overcome them. Colorado 55, Arizona 47. 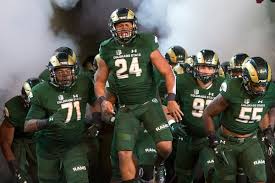 The Rams have struggled this year even though they have come close in a few games they have not been able to win consistently. They played close with Arkansas and Toledo but they ended up losing both of those games.

Unfortunately, the Rams look mediocre at best this year and now that they are playing other Mountain West teams playing as they have been is going to prove not to be good enough. The Rams have done some amazing things on offense but their defense gets stomped on by pretty much every team they play each week.

This week, the Rams play another late Saturday Night home game against the San Diego State Aztecs. The Aztecs have only lost one game so far this season and it was a close one against Utah State. The Aztecs seem to have good things going on both offensively and defensively.

Unfortunately for my Rammies, if they don’t improve drastically defensively, then I don’t think they will stand a chance against the many tough teams the Mountain West has to offer including the Aztecs. The Aztecs look good on both sides and I think their defense will be able to slow down the Rams offense. The Aztecs’ offense I’m quite sure will be able to dominate the poor looking Rams’ defense.

I think that this game will be a blowout and hopefully it will be one that wakes the Rams up. San Diego State 44, Colorado State 20.