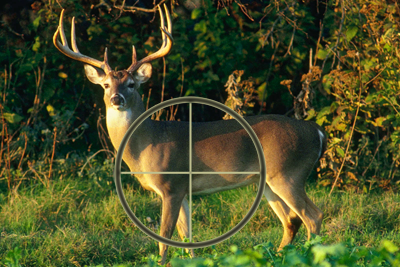 It was a standing room only session as city council heard reports and debate from the mule deer task force and citizens on how to solve the deer over population issue in city limits.

It was so crowded that one city official was overheard saying, “We are over capacity.” He was referring to fire code occupation capacity for council chambers.

The session began with Mayor Neil Levy laying out ground rules and a reading of the plan to provide options to address the deer population in the city, which was developed by the Woodland Park Deer Management Task Force. The plan presented a variety of options to deal with the issue.

Among those options was a deer aware program, a gardening and landscaping program, driver education effort, a harvest (culling the herd), a lecture series, code enforcement of “do not feed the deer” laws, installation of signs (flashing and non-flashing), alerting motorists, construction of wildlife corridors and a sterilization program.

Levy went on to refer to Colorado Parks and Wildlife (CPW) and local law enforcement numbers on deer/vehicle incidents, and the increasing numbers of fawn to doe ratios.

The task force was divided into two groups during their discovery process. One group studied a deer harvest option by certified archers, and the other group studied non-lethal options. He also warned the audience that anyone speaking out of turn or interrupting would be asked to leave.

The harvest group was first to speak on their findings and why the harvest option was best suited to the situation. The group was represented by Dan Graves. Graves gave a long detailed presentation, including parameters that would be required of archers to qualify to participate in the culling operation and the cost effectiveness of a culling operation. Graves stressed the issue is also a safety matter as human/deer conflicts are on the rise. He proposed that the city approve a hunting season from December 15 through January 30.

Next to speak was Claudia Miller the representative for the non-lethal option group. Miller began her presentation by stating the identity of Woodland Park as a wildlife friendly mountain town and outlined the group’s mission statement. The mission statement states, “To promote deer management in Woodland Park through a comprehensive long term and humane method that will allow us to live harmoniously together in our shared environment.” She stressed the cultural capacity of the city’s deer population and the perception of Woodland Park as a wildlife friendly town.

She believes the citizens will become motivated to act on all of the education and signage options to reduce human/deer incidents. This group endorsed all of the non-lethal options regarding deer management.

Twenty-two of the speakers opposed the harvest option. Eight citizens spoke in favor of a harvest, though. Some who signed up to speak left the chambers before getting a chance to air their views, as the meeting had already gone almost four hours into the night.

The most notable of those who spoke against the harvest mentioned the optics of Woodland Park as a city that promotes the killing of deer. The speaker noted that people need to take personal responsibility to avoid hitting deer on the roads, and the city needs to crack down on people feeding deer. Plus, the speaker recommended an increase in deer tags for hunting on national forest land adjoining city limits.

A majority of those opposed to the harvest approved of installing flashing warning signs, indicating the presence of deer on Hwy. 24 and Hwy. 67.

Those in favor of the harvest spoke mainly about chronic wasting disease spreading among city deer; the safety of citizens as it relates to deer/auto accidents; the effectiveness of past culling operations in other cities; and the effectiveness of culling as a means of maintaining the health of the herd. One woman who favored the harvest option spoke about a deer that attacks her dogs, killing one of them.

CPW representatives were also in attendance last night. District Wildlife Manager Tim Kroening and District Biologist Julie Stiver answered questions and cleared up misunderstandings as they arose. Stiver spoke about the size of the district which ranges from Fort Carson, down to Canon City, and from Colorado Springs up the pass to the Divide area. She also talked about percentages of deer infected with chronic wasting disease (CWD).

She said, “Right now in that population we estimate the number is over 10 percent of the deer have CWD.” She stipulated that most of the testing had been done on deer in the Fort Carson area and that there has been no testing of deer in the city for CWD at this time.

Stiver answered a question about deer that may be pregnant during the proposed hunt season. She said deer become pregnant in November and give birth in May-June.

Both Kroening and Stiver made a point that the mandate of CPW is to, “Do what the people want them to do.”

When it was council’s turn to weigh in the feeling was that more time is needed to be spent going over the information from the task force, but that a harvest is a last resort. Councilwoman Kellie Case said she would consider the harvest option only after all other options had been tried. She said, “I’m not ready to go to war now.”

Levy agreed that the education option must be given a chance and that for council to even consider a harvest, an ordinance would need to be drawn up and go through the regular process of initial posting and a public hearing.

Ultimately, there was no official vote, on any of the options, but a consensus was reached that the matter needed further consideration by council.