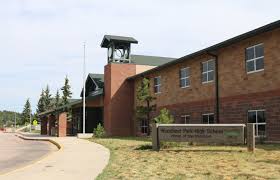 Students in the Woodland Park RE-2 School District recently returned to the classroom and a campus that now encompasses four school buildings, following their summer break.

For the 2019-2020 year, many of the school facilities will reap the benefits of new improvements and other program enhancements.

Ever since the local school district hired their new superintendent Steve Woolf last year, the culture of the district has changed, according to a number of reports. This year all of the schools in the district welcomed new changes as well as some district-wide upgrades.

That is just one of the more notable changes occurring in the district.

According to district spokesperson Stacey Schubloom, the Woodland Park High School’s new motto is “Real Learning for Real Life” and it inspires staff and students every day in WPHS hallways. Last year, Kevin Burr took the reins as the interim principal for the high school and this year he was welcomed to the school’s head position full time.

Along with the changes this year is the addition of inspirational words painted on the walls of the hallways. The school has also implemented standards-based learning, and they are starting new block schedules. There is also construction taking place around the football field as a new track is being laid at the stadium.

The Woodland Park Middle School has also made some changes for the 2019-2020 school year including switching to a project-based learning system. According to Schubloom, the middle school has gone through a re-model and has also changed their schedule.

“They have also moved to block schedules in order to empower students to dig deeper into their learning and internalize concepts,” Schubloom said. “WPMS opened their doors to the new school year with new flooring, furniture, and paint, creating a more student-centered and bright learning environment.”

Columbine Elementary School, located in Woodland Park, had a change in its chief position for this school year when they hired Ginger Slocum as their new principal. Slocum comes to town with a total of three degrees in educational leadership and administration. To add to her resume, Slocum comes to Woodland Park with 23 years of experience in education and most recently served as principal at Fitzsimmons Middle School in Bailey, Colorado.

According to the district’s spokesperson, Gateway Elementary School also in Woodland Park is implementing personalized competency-based learning this year throughout their building to aid staff in teaching the Math and English subjects.

“The purpose is so that each student receives targeted instruction, personalized attention, and appropriate pacing. They have also combined second and third grades and are implementing a team teaching model with an added co-teacher,” Schubloom explained. “This provides time for one-on-one mentoring to assist with goal setting and progress monitoring. Each student in these combined classes will have two teachers every day with a third teacher for one-half a day, three days a week.”

Summit Elementary School in Divide is also applying competency-based learning to their curriculum as well as adding a new Special Essentials program. With the new program, the students now have an additional way to develop their skills in music, art, and physical education with a week-long focused experience in one area. The newly added program occurs in addition to their regularly scheduled time in each of those disciplines.

As far as enrollment numbers go for the new school year, Schubloom says that they have not grown much from last year. However, the numbers have stayed fairly stable and have not drastically lowered either.

“The elementary schools are up and then the high school is down a little so it kind of evens out in the end,” Schubloom said. “Columbine is like 30 more than we projected and Gateway is about 15 more than projected. And the seventh grade class is bursting at the seams.”

She noted that the last time they counted the total number of students attending class district-wide, the  total exceeded 2,200 students. Those numbers though could change as the school year continues.

Many elementary schools across the state this year had to change their daily operations due to a law recently passed by the state legislators. The new law requires all schools to provide all-day Kindergarten programs statewide and it went into effect starting this school year.

However, according to Schubloom, Woodland Park’s RE-2 school district has had all-day Kindergarten operating for several years. Therefore, the new law literally had no effect on the school district since they already had the programs now required by the state law implemented.