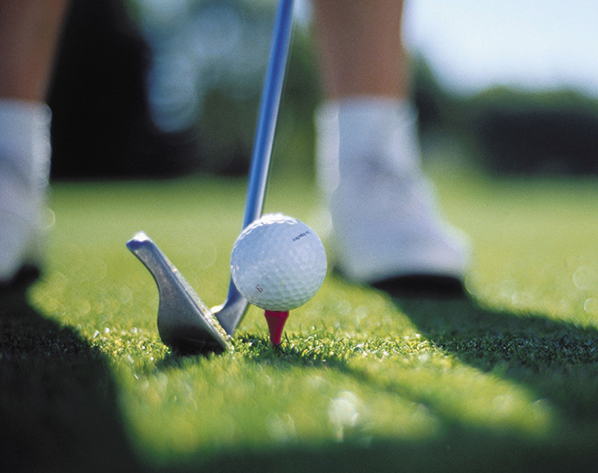 Even though the school year has just barely started, the Woodland Park High School golf season is already past the halfway point.

The boy linksters are off to a good and fast-paced start, playing in five tournaments for the 2019 season. They may not be ready to challenge the likes of Rory McIlroy and Brooks Koepka (the two world hot shots in the game), but they are ready to contend big time with the best in the region and state.

The rest of their season consists of a handful of more tournaments including some league tourneys. The team’s veteran coach Brian Gustafson, who has held the reins of the golf team for 10-plus years, the boys’ season has been going well so far. He said that they have four league tournaments left, and then if they qualify, they will play in the state and regional competitions.

He said that the team’s strengths have to do with the fact that they have several returning starters out on the links this year. “We returned some experience,” Gustafson said. “We returned two players that qualified for the state tournament and played in it last year.”

The coach said that junior golfer Evan Sisneros and senior player Zak Ludwick were the two that  qualified for state tourneys last year. Moreover, they are considered two of his stars this season as well. Gustafson also said that Cody Caldwell, Matthew Lecky, and TJ McAfee have also shined this year and have helped the team be successful.

However, the coach, who at one time even served as the assistant pro for the former operators of Shining Mountain, did say that there are some areas where they can improve. “We are continuing to work on trying to prepare for every tournament as if it is a state qualifying type event,” Gustafson said. “We are trying to put pressure on the guys and we’re trying to compete with pressure on a consistent basis. We try to provide the guys with the best opportunity to succeed in league play and during the regional tournament as well.’”

The team members are out in force on many afternoons at the Shining Mountain golf course in Woodland Park, displaying their skills and practicing various shots.

Gustafson said that he is optimistic about how the season will turn out for the boys this year. Whether it is a good hurdle or not, the team will be tested even more due to their past success.

“Because we finished as a team in the top 12 in the state last year, they reassigned us to a different region this year,” the golf coach said. “So it will be a different group that we are competing against and it looks like it is a very strong region as well. It’s going to be a strong region for the regionals this year and a difficult golf course. While I’m optimistic, it is going to be challenging for sure to get guys qualified through the regional tournament and to the state tournament.”

He said that as far as league play goes that the team is doing very well and they are currently in first place in their league. However, he said that The Classical Academy Titans are trailing closely behind them. “It is going to be a tight race between us and TCA for that league championship,” Gustafson said.