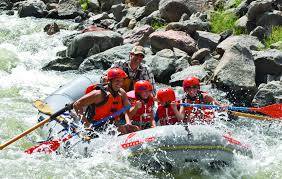 Now that most schools have started up for their 2019-2020 season, the summer tourism season is nearing a conclusion.

And according to local business owners and tourism experts, this summer did not produce the banner numbers that many anticipated at the start. With a burgeoning economy, many experts were touting the summer of 2019 as a possible dream year for tourism in the region. But those earlier aspirations were not reached. However, officials are optimistic about a good fall/autumn season.

Last year, the talk of the town in Woodland Park was the drastic increase in traffic through the city on Hwy. 24. During peak tourism times in the summer of 2018 (mainly on weekends) the city above the clouds saw an astounding 40,000 cars traveling through the downtown on a daily basis. 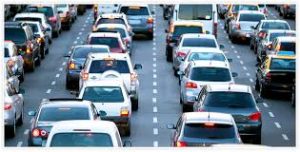 However, this year the traffic through the area has decreased. Official numbers are not out yet because the area’s tourism season has not yet come to a halt. Colorado Department of Transportation officials have released traffic statistics for the summer of 2019 yet. But according to many business owners in Woodland Park, they have experienced fewer visitors and a decrease in overall traffic numbers.

According to Debbie Miller, the president of the Greater Woodland Park Chamber of Commerce, local business owners all across the board have reported that revenue numbers have dropped this year compared to the last summer season. “I have talked to some of the owners of local lodging businesses and I know that the lodging numbers have been down,” Miller said. “I have also talked to some of the restaurant owners and they are telling me as well that they have seen a decrease in business.”

As for reasons why less people have frequented the region, Miller said that the cold weather that pounded the area early in the summer season could have become a contributing factor. She said that when people have travel plans, and then a blizzard or cold weather hits the area, it can have an impact on local tourism.

Some local residents, meanwhile, have placed partial blame on the Kelsey Berreth murder investigation for the decrease in local tourism, with a huge, unprecedented trial scheduled for late October. They say the case and the associated national coverage has given the area a negative image.  However, Miller tends to disagree with that assessment. “I don’t think that keeps people from coming here,” she said. “I don’t think that was a negative.”

Miller did say that she believes there is still some time for the Woodland Park area to make a final splash in tourism numbers. She said that the area still has several signature events coming to the region in the next month or so, such as the Cruise Above the Clouds and Oktoberfest. Plus, she believes the area will reap the benefits of additional tourism traffic for the holiday season.

As far as next year goes, Miller cites that the fact that 2020 is a big election year. As a result, this could create an impact on local tourism and the economy. But it is still unclear whether that impact will be positive or negative. Miller did say that it is often harder to obtain advertising space from certain media outlets due to the fact that political campaigns are in full swing during the big national elections.

Miller said that there are a few ways that local residents and business owners can help bring more tourism traffic to the region. “Since social media is picking up, I think that running specials and increasing people that follow you on social media will help,” Miller said. “I think that working on their social media presence will be a good thing for them.”

Traffic Down In Southern Teller

Woodland Park and the foothills area in the Pikes Peak region is not alone in seeing a drop in tourism for 2019. According to  Cripple Creek Heritage Tourism Director Michelle Rozell, the gaming community has experienced less traffic this summer. “Traffic coming into the Cripple Creek Heritage Center has dropped by 3 percent this summer compared to last year,” Rozell said.

However, the gambling town’s heritage and tourism director believes that there is plenty of time left in the year to bring those numbers back up to what the heritage center and town experienced last year. She said that the Cripple Creek area usually sees a drastic increase in traffic in the fall season, when the aspen leaves change colors. The town also sports a major fall festival.

In addition, she said that the Creek usually sees a spike in tourism and traffic during the holiday season.

Overall, Rozell is optimistic that by the end of the year the heritage center will see as many people walk through their doors, compared to last year’s peak season, if not more.

As far as a reason for the drop in tourism traffic, Rozell also blamed the weather. She cited the fact that Mother Nature made winter stick around for longer than normal as the number one cause for this year’s decrease. However, she also attributes much of the problem to the construction blues confronting  Colorado.

“This year, road construction has made an impact on the entire state, including what has been going on with ‘The Gap’ on Interstate 25,” Rozell said. “The increase in traffic backups and accidents on that section of I-25 could have deterred some people from traveling to the area.”