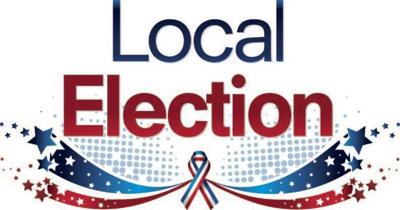 Candidate Slate Expected to Get Finalized This Week

The clock is ticking to the final minutes for the contestant list for what some local insiders see as a pivotal Cripple Creek election in November.

At issue are a wide open mayoral race and a council position, where term limits come into play big time. Also, an additional council position will face probable competition. And to top matters off, voters will decide the fate of three city-sponsored ballot issues.

Early this week, the exact council slate will be determined for the Nov. 5 election.

As a result, much interest will focus on the competition for mayor. Brown has served as Cripple Creek’s mayor for close to 10 years. He was first appointed, following the resignation of former mayor Dan Baader, and then won two elected terms with little opposition.

According to city officials, mayoral petition ballots have been returned (as of press time Monday morning) by Councilwoman Meghan Rozell, who was elected nearly two years ago; and by former council member Milford Ashworth. Both prime mayoral candidates are well known in the community and need few introductions.

Rozell has said she always intended to seek the spot of mayor, and has been quite vocal as a member of the current council. Ashworth, meanwhile, says he stands on his record as a former council member and touts the accomplishments this cadre of leaders made during his stint as an elected leader.

They may not be alone, though, in the race for mayor.  Another mayoral petition was pulled by resident Edward “Mike” Gross. But as of press time, his petition had not been returned.

If a three-way race does occur, the mayor’s race could get quite interesting. Typically, this race attracts the most attention, as the mayor serves as mini-ambassador for the town.

In the race for Ward 4, incumbent Tom Litherland has submitted his candidate petition. Litherland actually served as a former mayor of Cripple Creek in the late 1990s.  Litherland returned to local political circles several years ago, and was involved with several local boards, including a group representing the  library district. He may be challenged by Nancy McDonald, who often attends meetings to bring up issues of concern. In the past, she has been a big advocate of residential interests.

In Ward 5, petitions have been pulled by Charles Solomone, a leader of the Cripple CreekMarkmanship & Self-Defense Group, which has been quite visible in the last few months. He also was appointed to the RE-1 School Board.

The other possible candidate is Les Batson, who has sought this seat in the past. Batson is a frequent attender of council meetings and was once rated as the best local personality, according to readers of TMJ News in a Best Of The High Country contest.

Some of the above-mentioned candidacies are contingent on petitions getting turned in with the proper signatures. As of Monday morning, the only certified official candidates were Rozell, Ashworth, Litherland and Solomone. But officials believe several other petitions will be turned by the deadline.

No Shortage Of Major Issues

The forthcoming mayoral and council races aren’t devoid of major issues. Some of these include the future of local marketing and special events, in lieu of the recent personal changes; ambitious lodging expansions and destination development efforts; city expenses, gaming revenue and future casino prosperity; city employee workforce shortages  and expectations; residential amenities and services; the pursuit of workforce housing; and historic preservation standards and the updating of ordinances.

In other words, whoever wins these seats won’t have a shortage of issues on their plate. City residents also will decide the fate of three ballot issues, all of which are being sponsored by the Cripple Creek government. Two of the ballot matters deal with efforts to trim costs by reducing the expenses for publishing ordinances, resolutions and other legal material in a designated local newspaper. Under the change, the main thrust of this material would be posted on the city’s website, Facebook page and in a public area. The titles of the ordinances would still be published in a local newspaper, under this ballot proposal.

However, city officials contend that the costs would be reduced significantly.

Similar measures have been voted on by residents of other communities. Current laws don’t permit the city to make these notification changes, unless the voters give the okay.

In addition, voters will decide if they want to signal the green light for professional sports betting action at local casinos.

This is part of a state-wide issue, which would permit sports betting at licensed casinos in the three gambling towns. More importantly, it would pave the way for keeping sports betting to only the Colorado gaming towns.

The proposed state sports betting law, which will be voted on throughout Colorado in November, would open the door for more tax revenue for certain uses, such as developing a better state water plan.

The law requires a state-wide majority support and support by the impacted gambling towns. No active lobbying campaign is expected in the local community. However, officials may try to educate voters about the sports betting issue more.

Opinions, though, widely vary on the impact of sports bettering for local casinos, which could include wagers on many professional games and big showdowns, such as the Super Bowl and World Series. Sports betting was permitted in individual states, following a U.S. Supreme Court ruling that ended a prohibition, only allowing this activity in Las Vegas and Nevada. The states, then, were allowed to set up their own rules.

In the last year, a big lobbying campaign was orchestrated by the state gaming association, several lawmakers and even the city of Cripple Creek to restrict this activity to the only places where legal bets are currently allowed in Colorado, the three gaming communities.