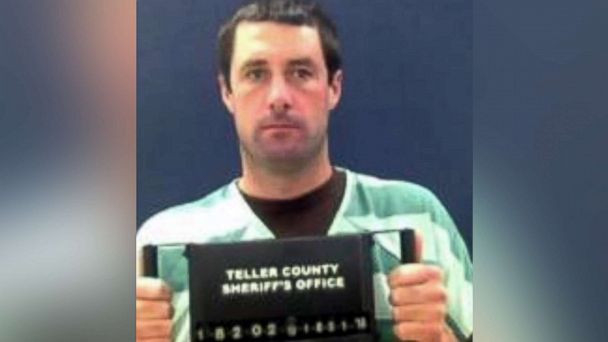 Defense Team Given Deadline For Coming Up With Alternative Murder Suspect

Media outlets from across the state once again swarmed Cripple Creek last week, as Patrick Frazee, the suspected killer of Kelsey Berreth of Woodland Park, returned to court for a pre-trial hearing.

During the legal square-off, both sides had a chance to have the judge hear their motions, considered one of the final pre-trial deliberations. The Frazee murder trial is slated to being in late October. The trial is expected to garner more media attention than any court action in Cripple Creek in decades.

Earlier in the week, the prosecution and defense teams filed a slew of motions. The defense entered a motion to suppress statements Frazee made to a member of the state’s Department of Human Services (DHS). They also requested  to get notice of any evidence the prosecution plans to present.

The prosecution asked that all names of the planned 300 pool of juries be released to law enforcement agencies. They also asked to be informed of what defense Frazee’s lawyers plan to use in the case, meaning that if they choose to propose an alternate suspect responsible for Berreth’s murder.

During the hearing, the first matter reviewed was the conversation Frazee had between a DHS agent while he was incarcerated in the Teller County Jail on charges of first degree murder. The prosecution first called to stand a sergeant with the Teller County Sheriff’s Office to discuss the jail’s visitation process.

Next, DHS employee Mary Longmire took the stand to talk about the conversation she had with Frazee while he was in jail on December 26, 2018. She started her testimony by stating why she went to the local jail and talked to Frazee in the first place. Longmire said that any time a child is put into the hands of DHS, the agency follows up by interviewing all of the family members involved.

She interviewed Frazee along with members of his family including his mother and his sister. She asked Frazee about his upbringing and his childhood as well as his relationship with Berreth, the missing Woodland Park woman at the time. She also asked him about his child’s relationship with both him and Berreth and asked questions about the 1-year-old child’s daily routine.

Longmire then went on to say that she had questioned Frazee about what took place last Thanksgiving weekend around the time when Berreth was last seen. She said that she asked Frazee those questions to see if their child had witnessed any acts of violence.

According to Longmire, Frazee said that during this meeting the two (who were engaged at the time) went to a ranch Frazee was working on to talk about their relationship. Berreth then left late to get Frazee over the counter medicine for his ulcers. They then exchanged their child, Kaylee, later that night.

On Thanksgiving Day, Frazee said that the two had planned on Berreth having the child in the morning and Frazee to have her in the afternoon. He told Longmire that he went to Berreth’s house to pick up the child and then took her on some jobs before going to his ranch to have dinner with his family.

Frazee then told Longmire that the last time he heard from her was when she sent him a text on the following Sunday saying, “Do you even love me?” Frazee said that he responded, “Of course I do” and then he never heard back.

After Longmire told the prosecution what had happened during her conversation with Frazee, she was cross-examined by the defense team. Frazee’s attorney asked her questions about the process and tried to clarify and find out exactly what she asked the defendant.

During the closing arguments, the defense claimed that the statements Frazee made to Longmire while incarcerated should be suppressed because he was cornered and not read his Miranda rights. The defense attorney claimed that Longmire acted as a law enforcement agent when she asked Frazee questions about what happened around the time of the alleged murder and when she questioned him about any history of abuse.

The prosecution team disagreed saying that Longmire was doing her job as a DHS agent and that Frazee was told he did not have to answer the questions and that he could leave the room at any time. The prosecution argued that since Longmire is not a law enforcement agent, she is not required by law to read anyone their Miranda rights.

District Judge Scott Sells said that he wanted to make a decision and respond to the motion via a written statement. He said that he would have the statement released in the next seven to ten days.

He then ruled on the other motions entered into court. He first denied the motion entered by the defense team to give them advanced notice of certain evidence brought up by the prosecution.

Sells then gave Frazee’s defense team until mid-September to tell the courts what type of defense they plan to use. That means that if the defense team plans on presenting an alternate suspect in the case, then they have to present that to the courts by next month.

It is unclear who the Frazee defense team might name as an alternate suspect However, many think that the defense may try to blame Frazee’s alleged accomplice and ex-girlfriend Krystal Kenney for Berreth’s murder.

Kenney has agreed to testify for the prosecution against Frazee.

The judge also denied a motion by the prosecution asking the courts to release the 300 juror names to law enforcement. Sells said that he believed background checks of potential jurors constituted an invasion of their privacy.

The public portion of the motions hearing ended in about two hours, but the judge called in Frazee and both lawyer teams after for a closed hearing to discuss jury selection. After the public hearing, District Attorney Dan May addressed the media outside the courthouse where he said that the hearing was quite typical for discussing motions generally filed before most major trials.

He also officially announced to the public that the prosecution team chose not to seek the death penalty in the case. “We did consult the attorney general’s office,” May said during the press conference. “It was their legal opinion that we had no aggravators that would make it past halftime. In other words, a judge’s ruling that would support the death penalty in this case. We also did our own legal research and we felt that there was a potential aggravator there, but the attorney general’s office disagreed with that position.”

In earlier statements, prosecutors contend that Frazee tricked Berreth and beat her to death with a bat.