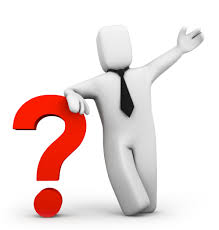 Even with the complete axing of a high profile city agency, it’s all quiet on the Cripple Creek marketing front, according to government officials.

Nope, this isn’t an April Fool’s joke, as Cripple Creek is a town that has incurred its share of marketing/special events and promotional battles, with a hefty laundry list of past directors. Local marketing peace and unity is apparently a difficult goal to achieve in Cripple Creek.

Recently, this issue took another abrupt turn, when the city fired the head marketing director for nearly five years and the head special events coordinator over a July 4 fireworks snafu. This decision has sparked a wide variety of opinions, but most agree; it’s time for a new direction and start in churning up the town’s promotional wheels.

A new interim director, Jeff Mosher, has already started his official duties as part of a three-month assignment.  He will work close to 30 hours a week in this temporary role.

Cripple Creek City Administrator Mark Campbell is quite optimistic of the approach taken in developing a marketing steering committee comprised of representatives of local nonprofits. One representative from each group will be part of the committee.

“We really want to get community-buy-in,” said Campbell. One of the city’s goals is to drum up more volunteer support for events, according to Campbell and “do more with less.” A recent workshop indicated a desire to have more small events, with no shortage of opinions about the types of festivals the town needs.

He said the marketing group has had several meetings already. Currently, Campbell stated that the city mainly wants to open the door for community input. He said there are no immediate plans for developing a long-range marketing plan or making big changes. “Right now, we are just listening to input,” said Campbell.

The city administrator stated that resumes have already started coming in for the city’s full-time marketing and special events director position.

Under one scenario, Mosher, who has strong ties in the Pikes Peak region, could become the permanent marketing chief, if he opts to seek the position.

Mosher is now acting as the main facilitator for the marketing steering committee, which will be adding members. He also is in charge of putting the final touches on the city’s rather busy special events’ schedule, capped by the remaining fall and Christmas festivals.  The city has an annual marketing and special events budget of a little more than $700,000.

Campbell also hinted that their marketing efforts may try to highlight more what the community has to offer. He stated that he noticed some misperceptions about Cripple Creek, based on the initial findings of a residents’ questionnaire, as part of a housing study. “We want to market the city as a whole,” said the city administrator during a recent workshop

Despite some concerns over what critics cite as a revolving door syndrome for their marketing directors in the Creek, Campbell doesn’t believe there is any overriding controversy in the marketing and special events arena.

As the former administrator for Kremmling, Colorado, near Steamboat Springs, Campbell said their community often had a variety of directors. Plus, he sees the debate the town has over events as quite typical for a tourist and entertainment-driven town. “There is always a little burn-out with events. That is something we want to avoid,” said the city administrator.

Still, Cripple Creek has featured more marketing and special events directors than any other government agency. Since the beginning of gaming, the town has gone through at least 10 different marketing directors and head coordinators, many of whom compiled elaborate long-term plans.

For anyone who wishes to get involved in the marketing steering committee, or learn about their meetings, they can call 719-689-3316.