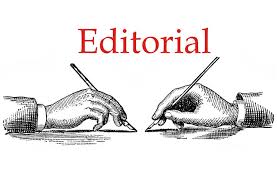 Fifty years ago, and what a strange trip it’s been. Was the summer of 1969 a better era?  This is a question that is getting tossed around by media experts these days.

We had the 50th anniversary of the Woodstock music festival, an iconic event that served as a pinnacle for a generation that craved peace, love and rock ‘n roll. And not to be outdone by this celebration, the Florissant Fossil Beds National Monument held their own 50th-year birthday party last weekend, with speeches by local and national leaders and stories from old-timers, who stopped this great resource from getting bulldozed in a big unprecedented battle with certain developers. Yes, the people won.

Great memories were conjured up by tributes for both events, along with some remorse for a torch that ignited in a different era.  Nostalgia reigned, with many wishing they could take a trip back in time to the magic 60s.

For Woodstock, opinions are still quite mixed. Proponents of the music festival hoped it would become a new dawn for peace and understanding, with 500,000 people assembled in a New York rural farm field for what should have turned into a calamity. Instead, everyone got along quite well and helped each other out, despite massive food shortages and huge monsoon rains. Optimism ran high following Woodstock.

But in reality, it was end of an era, as Woodstock led to Altamont and everyone knows what happened there, with a huge melee between the Hell’s Angels security guards and the counter culture dreamers or nomadic lost souls (depending on your point of view).  Even some of the famous bands from that era nearly became an endangered species. A fatal stabbing and many injuries grabbed national headlines, with the pronounced death of the love generation.

Good memories still persist, though, regarding the iconic mostly free Woodstock festival that showcased nearly 25 acts.  In a CNN special aired last weekend, legendary rock ‘n roll star David Crosby (of the Crosby, Still, Nash and Young band) boasted of the amazing comradery that occurred there. He even told a story of a newly decorated cadet police officer, dressed immaculately, rescuing a badly bruised female concert-goer. In the process, the officer became engulfed in mud and blood to save this person and place her in his police vehicle. And then to top it off, 15 ragged-looking hippies promptly assisted the officer by pulling the police cruiser out of the mud and directing the vehicle to safety. “That was Woodstock,” said Crosby. “I can live with that.”

But what happened 50 years later? For a band that advocated peace, love and great musical harmonies, Crosby, Stills and Nash is now a complete mess. They have encountered so much infighting that they don’t even talk to each other anymore, based on reports aired in the special. Very sad. What happened to the ideals from Woodstock, which placed their group on the national music map. Crosby’s response to that report:  “Woodstock was just a brief glimpse of what we could become.” I guess the ideals were left in the mud, which has saddened some from that generation.

For the Florissant Fossil Beds, mid-August 1969 was also a remarkable time, as unveiled in Saturday’s ceremony. Lawyers, politicians, activists, congressional figures, a U.S. president, and best of all, determined Florissant women rock-heads got together to save this resource. They faced a tough battle against the clock, as development teams were ready to bring in the bulldozers.

In fact, they were ready to lie down in front of the bulldozers, if necessary.

It was a courageous battle and one not dominated by who was a Republican or Democrat,

Victor John Yannacone, Jr., one of the original attorneys involved in the fight, contends that back then people had more say over controlling public lands legally, if they exhibited enough passion. He maintained that courts and national politicians listened to the people more regarding these cases.

He hinted that the fight to preserve the Fossil Beds could become an ongoing battle, in lieu of actions taken by the current White House administration.

The big question?  Was this a better time for Teller County?  Our county spearheaded an unprecedented chapter in community activism with the Fossil Beds fight. After all, the Fossil Beds was signed off by President Richard Nixon, not exactly a figure that many compare with Teddy Roosevelt when it comes to creating new parks; and it even involved former Colorado Governor Dick Lamm,  a strong conservation activist at the time.

How many issues would Richard Nixon agree with Dick Lamm on?  But for saving the Florissant Fossil Beds, conflicting sides came together for the good of the people.

The verdict is still out on the Fossil Beds’ future, with legislation passed that now sets the stage for a nearly 300-acre expansion. Congressman Doug Lamborn contends the future is great for this mighty resource.

But what worries me is the growing sense of partisan politics regarding national park and monument developments.  Anything dealing with parks is now turning into a boxing match between Democrats and Republicans.

As we pass the torches from Woodstock and the birth of the Florissant Fossil Beds National Monument to a new generation, let’s remember the ideals of unity from these iconic celebrations.