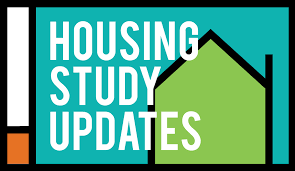 Within the next month and a half, Cripple Creek and Victor residents, community leaders, and developers/builders should learn what steps they need to take to address a critical issue: affordable housing.

Leaders from both communities have cited housing, or the lack of either quality or workforce units, as a vital gap to overcome, if they want to reach their next stage of development.

Cripple Creek and Victor, along with help from the state Department of Local Affairs, have funded a $70,000 study dealing with housing. Ultimately, officials hope the study, being done by a Montrose-based firm, will give them a game plan for a problem that has plagued the district for years.

Of course, developers and builders at times are often combating a state-wide and even national crisis, peppered by rising costs and tougher regulations for buyers.

A joint meeting will occur in late September or early October, according to Cripple Creek City Administrator Mark Campbell. That’s when details of the study will be officially released, along with set recommendations.

Already, the project has commanded much interest. An initial housing survey, which queried local residents and employers, generated a tremendous response, noted Campbell. He stated that the community of  Cripple Creek alone had more than 550 surveys turned in, which is pretty impressive based on the town’s overall population. “We had a great response,” said the city administrator.

This survey tried to get a detailed glimpse into the desires of people to live in the local area, and what is stopping them from taking that step.

Although no set conclusions have been finalized, Campbell stated that initial results indicate a strong interest in people to live and work in the district.  The city administrator conceded that both communities are often dealing with perception problems related to housing and community amenities.

“We need to address these issues,” admitted Campbell. As an example, he cited the perception of a lack of outdoor and recreational activities as quite inaccurate. “We have plenty of things to do here,” said the city administrator, who actually lives in Cripple Creek.

Both towns have slightly different problem areas, when it comes to housing. Cripple Creek has an extreme shortage of workforce housing for casino employees and other workers.  This problem will only get more critical as the town enters its next stage of growth, with plans progressing for the expansion of 500-plus lodging rooms over the next five years.

Several casinos have already taken the step of developing housing areas for their workers, such as Triple Crown Casinos and Wildwood.

In Victor, much focus has centered on the lack of new quality housing, with an abundance of dilapidated old structures, and limited new construction.  The final study will give both towns a final road map, which could involve building and development perks, or establishing a housing development area.

One of these steps will deal with incentives the towns can offer for developers interested in doing affordable housing-type projects.

“We will work with our state partners,” said  Campbell. He believes a variety of grant programs could be available through state/local partnerships.

One promise being made by Cripple Creek and Victor leaders:  The study results won’t sit on the shelf and collect dust, as the clock is ticking for both towns.

In the past, housing studies have occurred and presented bold ideas that never really progressed. Most previous studies have dealt with Teller County in a broad scale and even Woodland Park, with little focus on Cripple Creek and Victor.

That is what prompted the latest affordable housing effort.

Campbell, though, cautioned that the housing shortage in the southern Teller is part of a state crisis, a problem even more accelerated in tourist and resort areas. “It is a big problem across Colorado,” admitted the city administrator.

The prospects of big dollars with weekend rentals for property owners only adds to the shortage of affordable dwellings, explained the administrator.

Past Teller County studies have demonstrated a real lack of housing to meet the needs of the projected future workforce and the burgeoning senior population.