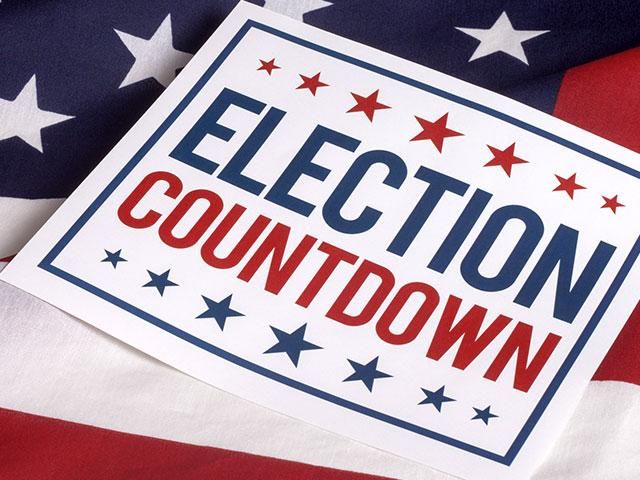 The starting gates have officially opened for Cripple Creek’s municipal election, with several elected seats wide open, including a bid for the town’s next mayor.

For the first time in a number of years, term limits come into play, as two veteran leaders must step down from their respective posts. Plus, recent issues over city marketing and special events; ambitious lodging expansions and destination development efforts; gaming revenue and future casino prosperity; employee accountability and expectations; residential services; updating codes and ordinances and more could turn the Nov. 5 showdown into one of the city’s most competitive elections. In addition, voters will decide the fate of three ballot issues.

And already, several contenders are bolting across the starting line at the early stage. The deadline for turning in council and mayoral petitions is Aug. 26. For the seat of mayor, the stage is getting set for a race between Councilwoman Meghan Rozell and former council member Milford Ashworth. Both mayoral candidates need few introductions and are well known figures in the community.

Rozell was elected to the council nearly two years ago, touting herself as someone who wanted to make a difference. She has been a big promoter of a better working environment for employees and having more defined expectations for key positions, such as that of the marketing director. Rozell formerly worked for the city, and her mother, Michelle Rozell, serves as the town’s heritage tourism manager.

Meghan Rozell has gained a reputation for taking a lead vocal role at council meetings. At times, she finds herself at odds with a few of her peers. But that said, she believes Cripple Creek has some prime opportunities in the next few years.

Rozell actually announced her bid for mayor at the end of last year, making it clear that she always wanted to serve as the town’s mayor.

Ashworth served on the council for eight years. During his stint on the council, he played a big role in turning the summer rodeo gala into a major event and in promoting the local museums and other nonprofits.

Ashworth speaks highly of the accomplishments made during his administration. He served on the council with Steve Zoellner, current Mayor Bruce Brown and Mayor Pro Tem Chris Hazlett. Ashworth often took a more low-key, business-like attitude in handling city issues..

He also was part of a fact-finding group that originally toured Deadwood, South Dakota, to pick up some tourism pointers. Deadwood was often viewed as the pioneer town and success model in the limited stakes gaming movement, and a city that combined gambling with heritage tourism quite well.

The mayor’s race is expected to highlight the city election, as Brown, who has served as mayor for close to 10 years, can’t run due to term limits. Brown was originally appointed to the position, following the resignation of former mayor Dan Baader. He then was elected for two consecutive terms, with little opposition.

This is the first time the mayor’s spot has really been up for grabs since 2007.

For the Ward Four seat, veteran councilman Tom Litherland has announced his plans to seek re-election. He will face competition from Nancy McDonald, a local resident who sometimes addresses issues at council meetings. Litherland actually previously served as a former mayor in the late 1990s.

And in the Ward Five contest, local resident Les Batson has announced his candidacy. Batson once was awarded the top local personality in the Best Of contest, sponsored by TMJ news. Batson, who regularly attends council sessions, previously ran for this seat unsuccessfully, losing to Hazlett.

But Hazlett, who has held this seat for close to eight years, can’t run for this position again due to term limits. However, Hazlett would be eligible to make a run for mayor.

Besides picking two council seats and a mayoral spot, voters will decide the fate of three ballot issues, sponsored by the city.

Two of these measures are proposed cost-saving efforts, aimed at trimming expenses in the posting of ordinances, resolutions and expenses in a designated legal newspaper. Under the change, the main thrust of this material would be posted on the city’s website and in a public area.  The titles of the ordinances would still be published in a local newspaper, under this ballot proposal.

Similar measures have been voted on by residents of other communities. Current laws don’t permit the city to make these notification changes, unless the voters give the okay.

In addition, voters will decide If they want to signal the green light for sports betting action at local casinos.

This is part of a state-wide issue, which would permit sports betting at licensed casinos in the three gambling towns. It also would open the door for more tax revenue for certain uses, such as developing a better state water plan. The sports betting, under the proposal, would be limited to licensed establishments in the three gaming communities.

But the law also requires the sports betting to receive the okay by voters in the three gaming communities.

Opinions widely vary on the potential impact of sports betting for local casinos, if the plan moves forward. Sports betting was permitted in individual states, following a U.S. Supreme Court ruling that ended a prohibition, only allowing this activity in Las Vegas and Nevada. The states, then, were allowed to set up their own rules.