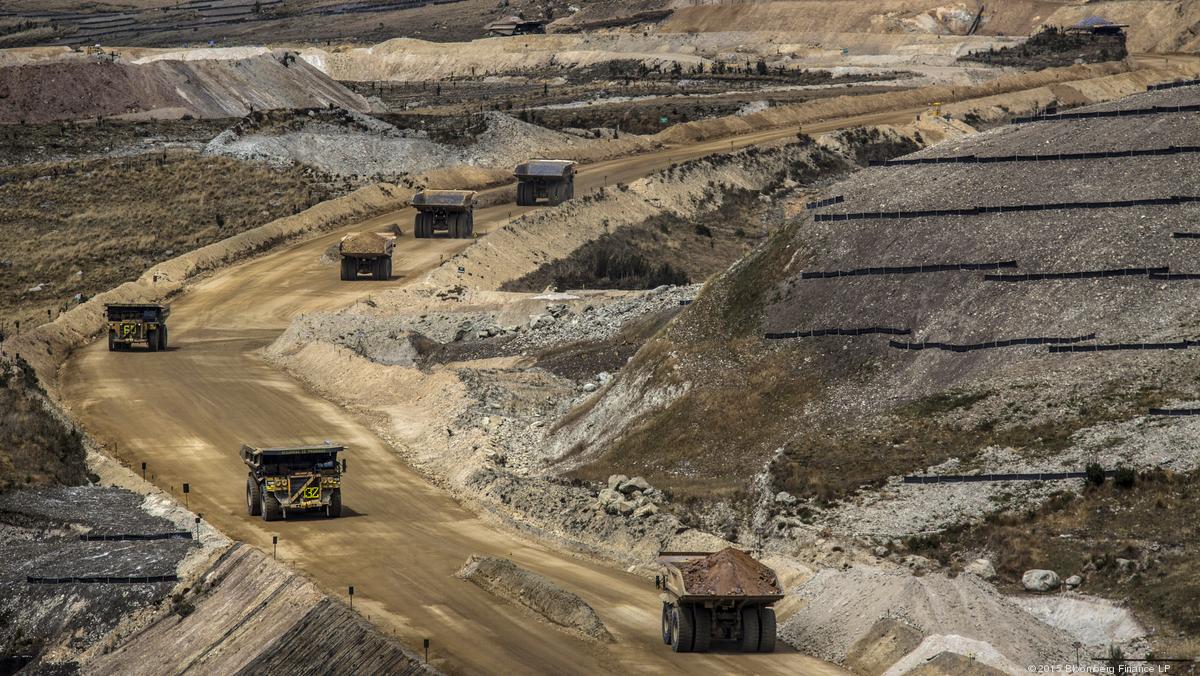 Company seeking to recover riches missed by the old-timers

“Thar’s gold in them hills” that the old timers missed, and now it’s time to dig for the real good stuff.

And with some major financial muscle from Newmont Goldcorp, the Cripple Creek and Victor (CC&V) operation hopes to soon begin an exploratory quest for millions of ounces of uncovered high-grade riches beneath the Cresson pit.

This would become the first major underground mining operation in the district in decades. If successful, it would give CC&V renewed life for an extended period. Otherwise, the life cycle of the current mine is slated to end in about seven years.

“We are running out of space,” said Mike Schaffner, general manager of CC&V, when addressing a room full of residents at the community center in Victor last week. Schaffner stated that the company believes that a major underground exploration, in search of high-grade gold that the old-timers never quite obtained, is the best solution to continue the life of their operation. Otherwise, the general manager hinted that the company would have to wager their bets on the price of gold rising, in order to operate at a profit in the distant future

The underground operation is still being evaluated by Newmont corporate officials. Newmont Goldcorp own the CC&V operation.

“This is not a done deal by any means,” said Brad Poulson, the external relations manager for Newmont, which recently underwent a major merger with Goldcorp, making it the world’s largest gold company.

However, based on the comments made last week, optimism is running high that the district could bustle with a major underground operation, expected to cost hundreds of millions of dollars altogether. The exploratory stages alone could exceed the $26 million mark.

Local residents bombarded the company representatives with many questions, but posed no real objections.

“You won’t see it,” said one company official, in making it clear that the exploratory stages, expected to take at least four to five years, won’t pose any visible impacts. “You will see nothing. You will see very little from the surrounding communities.”

CC&V officials conceded that impacts would be visible, when an actual underground shaft is constructed to do the mining underground. But the deadline for this is not until the current Cresson lifeline expires in 2027, according to CC&V officials.

Some locals expressed a few worries about the location of the operation, so close to Vindicator Valley. And not surprisingly, the project’s economic benefits were questioned. Plus, future noise impacts were raised.

Company officials, though, say they have studied their proposal at length and believe it will permit the company to ply high-grade ore like never before with little to no negative impacts for local residents.

Moreover, it would permit CC&V to continue an active mining presence in the district.

The planned operation will begin at the beginning of 2020, if it gets approved by the corporation’s investment council. It could include a variety of stages, with the first phase involving a plunge down a 2,500 foot horizontal drift. The next phase would include drilling of 10,000 feet.

The plan calls for a proposed portal (an underground horizontal surface entrance) for underground operations, located near the bottom of CC&V’s main Cresson surface mine at an elevation of approximately 9,000 feet. The plan would explore a number of geologic targets that have the potential for gold bearing ore. The main focus will involve areas where historic mining originally occurred at the 8,000-foot elevation zone.

What makes company officials so optimistic about their projected quest is that the original district mining featured much narrow-vein activity, with more than 20 million gold ounces recovered through underground workings. This same approach is getting revitalized, only with much more modern equipment. CC&V officials maintain that the old-timers missed quite a bit, and just ran out of time.

At last week’s presentation, CC&V officials drew many comparisons to the gold quests from the former gold rush era of the late 19th century. But they outlined dramatic differences in the technology now used.

He even unveiled a personal story of tragedy in South Dakota, involving three fatalities following an accident. At the same time, he noted that underground mining has changed tremendously, courtesy of state-of-the art equipment and better ventilation systems. In the old days, miners used Mother Nature as the prime ventilator. That’s not the case anymore. In fact, all underground mines now have indoor fully barricaded refuge chambers for the miners, in case a disaster occurs.

“We bring our ventilation with us.” said a CC&V representative. The lack of ventilation was cited as probably the biggest danger factor that created grave dangers for the old operations.

They also outlined the advanced trucks used to ply the gold out, featuring enclosed cabs. These views mark a drastic departure from what some refer to as good old days in the district, when mining was extremely profitable but quite dangerous.

The company representatives exhibited slides from some of their main underground workings in Nevada.

Schaffner is quite optimistic of the high-grade ore sources, which could yield impressive quantities of gold. In the old days, miners even boasted of half an ounce of gold yields per ton.

Once CC&V gets the initial go-ahead from the corporate officials, they are ready to dig.

The revival of underground mining is a subject that has commanded much fascination in the district. The former South African owners of CC&V, AngloGold Ashanti, also mulled a plan for an underground operation with a fairly aggressive timeline. But once CC&V was purchased by Newmont in 2015, this plan was put on hold for further review. It was ultimately  changed quite a bit to meet the pursuits of Newmont.