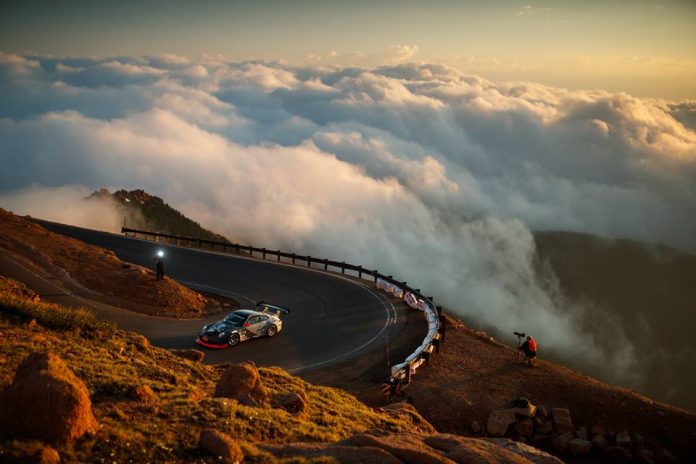 Every year, local car racing enthusiasts gear up for the annual challenge up America’s Mountain, slated to take place this Sunday.

On June 30, local race car drivers and their fans will fill up the famous highway area for the 97th race up the fourteener for the Pikes Peak International Hill Climb, one of the premier sports and spectator competitions in the region.

In 1888, a rough road up Pikes Peak was built that allowed travel by horses and mules to take tourists to the summit. In 1915, a local investor Spencer Penrose widened the primitive road and turned it into the Pikes Peak Highway. The very next year the same local investor created an automobile race on the newly built highway to the summit of America’s Mountain.

Nowadays, the highway is completely paved and it presents new challenges to drivers. Many former racers, including members of the famous local Vahsholtz family, have had to change their game plan since the highway went from being a dirt road to being coated in asphalt. 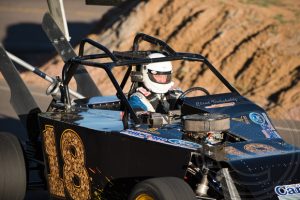 Last year, Clint and Codie Vahsholtz both got backed by new racing teams, meaning that it was the first in decades that there was not a Vahsholtz racing automobile dashing up Pikes Peak.

This year, both the Vahsholtz racers are sticking with the same racing teams but Clint will be racing a McClaren 650S instead of the 12C he raced up the mountain last year.

“It is only a one year newer of a vehicle but there are a lot more options for the vehicle. There is a different transmission configuration and a different suspension configuration,” said Clint Vahsholtz. “The cockpit is identical but the body lines and the down force are much different. So, other than the cockpit and engine it is a totally different vehicle.”

The race car driver also said that the vehicle is faster this year, and that it has better braking abilities.

“The brake lengths in this car are five times deeper than in my old Vasholtz racing car,” Clint Vahsholtz said. “When you are driving into a blue sky corner and you are used to braking at a certain spot to get the car lowed and slowed, with this car it is different. Now I have to count to four before I brake and the car is taking the corner. So you have to get over it.”

Vahsholtz is confident that he will do better this year, but is concerned about some conditions he has noticed this year as opposed to last year. For one prime factor, many racers have noted the extreme weather conditions the region has suffered.

During the winter and spring seasons this year, the high mountains of Colorado have seen an increase in snowfall which has caused excessive water runoff from the snow melting. To add to the dangers is severe weather in the forecast before race day, including as much as a foot of snow hitting higher elevations.

Racers also have said the road is “extra dirty and rough” this year due to the weather the mountain has seen and the construction projects taking place at the summit house. Clint Vahsholtz said that the road is loose and rough at the top, and that he has not yet been able to practice the upper part of the course due to snowfall.

Whatever the case may be, both of the Vahsholtz are hoping for a “W” this year on America’s Mountain. Clint said that Codie Vahsholtz is also excited about racing a second year with his Ducati race team. He said that his son and fellow racer has had more time to perfect his riding skills this year and that he will be very competitive in his motorcycle racing division.

However, the Vahsholtz family isn’t the only racing team planning to bring the heat this year. According to local news reports, engineers at Acura have decided to put together a race team of four cars to race the peak.

One of the cars Acura is bringing to the table is a 400 horse power MDX. Vahsholtz said that the folks at Acura are bringing a lot of public relations efforts with them. “Yes they will be a threat,” Clint Vahsholtz said. “Any time you have a factory backing someone, you got a race on your hands.”