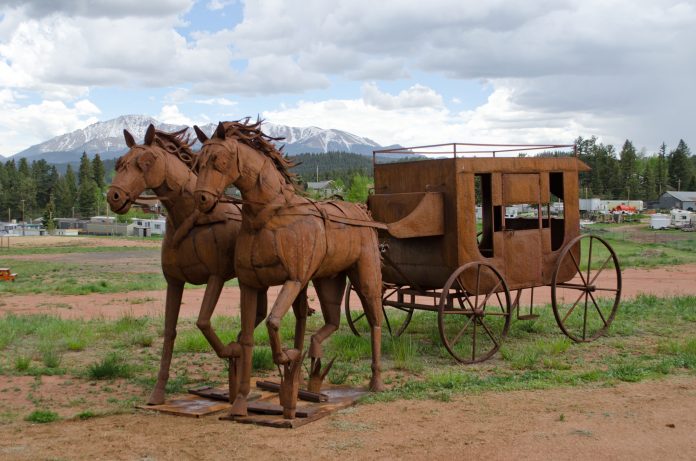 ~ by Bob Volpe ~
It has been years now that Woodland Station has been in the hands of the Downtown Development Authority, (DDA) and the fate of the land remains in limbo, with no set future in sight.

The DDA has weathered a lawsuit, a pile of dirt, a massive hole in the ground, and criticism from developers, bankers, and city officials over the property.

The unofficial city position on the land became clear at a joint workshop between the DDA and the city. They want the land to be commercially developed. A June workshop was between city council and the DDA to try to figure out how best to move forward with the property.

Discussion has centered on zoning standards and conditions that some believe are an unfair burden on potential developers. City Attorney Jason Meyers said, “One of the other questions we discussed last time was in order to make this more palatable for developers, what are some of the obstacles we can remove.”

Those obstacles include design and special use permits. Meyers stated that staff feels, “Keep the overlay
district’s portions that allow development to occur, and removing and go back to the defaults of city codes.” Meyers was referring to standards put in place to go beyond the normal city code standards for
other developments in the city.

Another topic of discussion centered on the DDA seeking to amend the agreement to change the stipulation in the agreement, that the Woodland Station property be, “transfer(ed) … to a
developer or developers for no cash consideration but for fair value…”

Meyers then pointed out a caveat that would allow for this condition to defeated. He said, “If we chose a deliberate action to violate those terms, there are provisions in the IRS code where we can then
remediate the problem.” He continued, “So there is some flexibility that we do not necessarily have to be given away for free.”

The code requiring the land to be transferred for free is based on the premise that the land was obtained using tax exempt financing.

Will The City Take Back Woodland Station?

In December of 2018, Mayor Neil Levy said the city may take Woodland Station away from the Downtown Development Authority (DDA), as partial payment for the $1 million dollars the DDA owes the city.

Levy went on to state relations between the city and the DDA have not been good, but expressed hope that an upcoming summit between the city and the DDA will improve relations. Levy contends the 10-plus acre parcel, in the heart of downtown, would be a great spot for a multi-family housing project. “All of these things need to be discussed.” said the mayor. “We need a vision for the (Woodland
Station) property. We need more housing.”

DDA Chairperson Merry Jo Larsen responded to Levy’s comments. Larsen noted the city has the right to take back Woodland Station, but by law, the city cannot give Woodland Station land away. She said, “Yeah they can (take it back), but they can take all $6 million in debt
too.”

DDA Treasurer Tanner Coy said, “Conveying Woodland Station back to the city is one of numerous options for moving forward.  However, the city is far more restricted by Colorado law than the DDA when it comes to real estate development.”

At the June 6th meeting, the restrictions Coy spoke of was a topic the city would like to see eliminated or eased up.

In February of this year, the DDA attempted to hold a series of four workshops aimed at garnering citizen input on what to do with Woodland Station. Unfortunately, due to low turnout and what DDA Chairperson Merry Jo Larsen described as “A train wreck” the other three workshops
were canceled. Only about a dozen people showed up at the Cultural Center to
participate in the workshop. The crowd consisted mainly of city staff, real estate developers, and a banker.

The Prospects of Woodland Station Becoming Open Space Are Dim

At that doomed February workshop, Larsen commented on possibly turning Woodland Station into a park. Larsen said, “We would like to make an event/open space use of that, until it is developed, through the free market. We’re trying not to build stationary buildings. We just want
to make it look better, make it usable, not such an eyesore to the public.” Larsen then argued that a park setting would strengthen the other properties adjacent to Woodland Station, which would ultimately improve the desirability of the property.

Even at least one developer sees commercial development of Woodland Station as a deal breaker. Developer Walt Harder, (Harder Real Estate and Development), once expressed interest in possibly developing the Woodland Station property. After consulting with Larsen about the
encumbrances on the property, Harder concluded that the property would
best be used as an event outdoor recreation space at this time.
Harder’s original interest in the property was to construct multi-family units there.

Despite the hurdles a developer would have to deal with, the constant drum-beat of development at all costs is gaining momentum. Input from real estate developers and banker are, at least, willing to set aside a portion of the property as open space but insist development must be
taken into consideration. President of Park State Bank, Tony Perry, suggested the DDA should not
be so biased on creating a park, but should consider a 50/50 approach
(commercial and open space). Perry said, “I would like to see a non-biased approach with both commercial development and a nice area.”

Real estate agent Kerri Kilgore said, “My concern is that I think an open space in this area has a lot of validity. I question whether it should be the entire 6 acres. I also question whether or not an acre
of condos is appropriate; is one acre, or two, is it townhomes or condos? Is there light retail attached to it?” Kilgore complained that the board is basing its decision on “one group of two developers” in a
single meeting who may decide the fate of Woodland Station. Kilgore believes more input is needed from other developers in the area before the property is designated as an event center or multi-use area.

She cited herself, developer Carl Andersen, and Park State Bank President Tony Perry, and others who should be involved in the decision making process.

The DDA contends they have always wanted to see Woodland Station developed, but they want to make the land more presentable now by adding trees, picnic benches, and grass to the property. Coy said, “If
a valuable enough proposal for development comes our way, great.