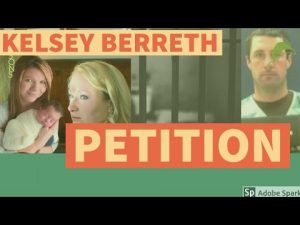 A group of local citizens are demanding a tougher stance towards those involved in the horrific murder of Kelsey Berreth of Woodland Park. They believe Berreth was the victim of a lengthy conspiracy and are demanding justice, including stronger prosecution action against the former girlfriend of the murder suspect.

The arrest was based mostly on an interview the Colorado Bureau of Investigations had with Frazee’s former mistress, Krystal Kenney, who lives in Idaho.

During the interview with the CBI agent, Kenney said that Frazee had tried to get her to kill Berreth three times but when she failed he did it himself and asked Kenney to help him clean up the gruesome crime scene. Kenney agreed to talk with the investigators and testify in court against Frazee as a part of a plea deal she was offered by the District Attorney’s office.

Kenney was present in Teller County when she pleaded guilty to tampering with evidence, which is a class-six felony. The district attorney agreed to suspend her sentencing until the murder trial is over. 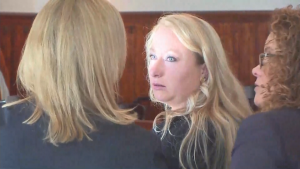 Kenney could be looking at the possibility of serving up to three years in prison.

However, many citizens say that the charges filed against Kenney were too light and that she deserves more prison time than her current maximum. “We request, on our behalf, that charges of Conspiracy to Commit the Murder of one Kelsey Berreth, between December 26th 2017 and December 26th, 2018, be assessed against Krystal Lee Kenney and all those conspirators she willingly named in her testimony to investigators, plus those who voluntarily surfaced themselves in interviews and public written correspondence,” the online petition reads.

The petition states that the creators of it think that Kelsey’s murder was a conspiracy that went on for a long time and involved a small group of people from Idaho. “We believe that a clearly defined and articulated conspiracy to murder a woman, by another set of women, as part of some sort of ‘sisterhood’, is the equivalent of organized crime,” the petition says. “Significant efforts were taken to coordinate and organize an attack on the life of this unprotected young mother.”

The petition was submitted to Jason Dunn, the US Attorney for the District of Colorado, and Katherine Sullivan, Acting Director Federal Office of Violence Against Women. The petition currently has generated more than 3,000 signatures and the number of supporters has grown every day.

However, legal experts do not think that the petition will result in more charges getting filed in the case surrounding Berreth’s murder. In most cases, the US Attorney’s Office will not interfere with a case being worked on by state and district prosecutors.

Previously, Fourth Judicial District Attorney Dan May said that Kenney was given the generous plea deal due to the fact that the prosecutors needed her testimony in order to convict Frazee for murder. Berreth’s body has not been found, even though much evidence was gathered indicating a homicide occurred. This mystery has frustrated investigators.