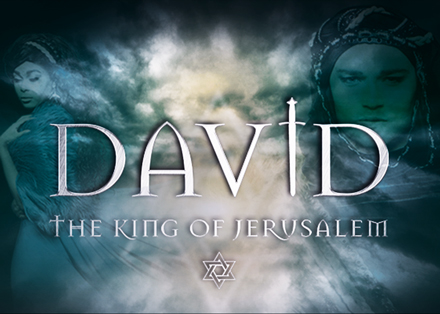 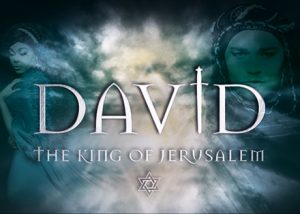 Last November, the Charis Bible College in Woodland Park opened the doors to its new auditorium that seats over 3,000 people and put on David: The King Of Jerusalem musical as a special performance for its grand opening.

During the show’s debut, hundreds of people packed into the new auditorium and the response from spectators was so positive that Charis decided to do a slightly altered version of the musical  for the second time last Friday and Saturday night.

During the initial showing last year, so many people came that traffic was backed up on Hwy. 24 well into Woodland Park. This time Charis’ new parking garage, which fits around 1,000 cars, was open, making heavy traffic a non-issue.

Last weekend hundreds of people piled into Charis’ giant auditorium with ease at a much quicker pace than the debut performances in November. Upon entering the parking garage, several staff members and volunteers from Charis were out guiding both car and foot traffic all the way from the road to the parking garage and then to the auditorium.

Now that the parking garage is finalized, spectators can go straight from their cars into the auditorium while being sheltered from the outside mountain weather.

As people were walking into the building, the staff directing them where to go told the crowds, “Be prepared to be blessed beyond belief.” Many locals who have attended Charis performances in the past especially boast of the show’s amazing special effects and technology, which throws theater-goers directly into the storyline. 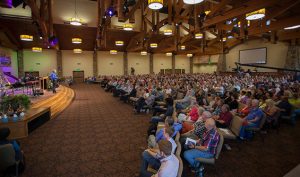 Before the show began, the MC for the night introduced the performance and asked the crowd how many people has seen the show before. Not surprisingly, many people raised their hands, a sign of the huge popularity of the show.

This time, the MC announced that the performance was being recorded on video so that the makers could produce a DVD of the event. During the announcement, the MC encouraged the crowd to laugh, clap, and cheer without any holds barred.

Once the event started, a cameraman could be seen walking up and down the aisles. Overhead, a camera connected to a cable above the audience worked its way side to side, making the videographers able to capture every possible angle.

The exhilarating performance featured several actors and dancers on the stage, on a platform in the middle, and coming in from the aisles. For the background, a large movie screen displayed video backdrops that correlated with and enhanced the storyline.

Every scene consisted of intense visual stimulation and live scenes, featuring portrayals of drama, comedy, and action. Each act is then finished with a musical composition that wraps up the story being told.

This particular show tells the story of David like nobody has ever seen before. The musical starts by showing what David went through as a child, including a scene that portrays his infamous fight with the giant Goliath. The saga continues as the performance shows how David sinned once he was made king, including having a child with a married woman and then plotting to have her innocent husband killed.

For those who are not familiar with the story, the live-action show offered good insight into the life of the biblical figure. The advanced technology of the bible college’s new auditorium helps people experience what the man written about in the bible really went through.

The show along with all of the other Charis performances are put on by Robert and Elizabeth Muren who came to the area from Norway five years ago. The next new musical the Murens plan to produce at the bible college is a portrayal of the story of Esther. This will debut in November as an addition to their Women Arise conference that occurs annually the same month.