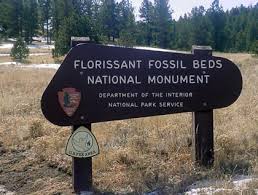 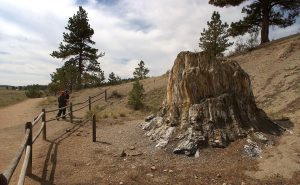 For the last month, The Florissant Fossil Beds National Monument has become a local symbol of the federal government shutdown, with a temporary lapse of appropriations forcing a complete closure of the popular facility and suspension of all winter programs.

This has been a blow to the area and has raised question marks about the facility’s prospects for 2019. The park has been closed since early January mainly due to the partial federal shutdown impacting nearly 1 million workers and most national parks and monuments across the country. Some facilities were permitted to be partially opened, but the Fossil Beds was completely shut due to safety concerns.

However, with the 11th-hour government deal that occurred on Friday afternoon and the announcement by President Donald Trump,  the Fossil Beds has reopened and is renewing their winter programs. The only remaining question:  Will the facility be forced to close down again in several weeks? 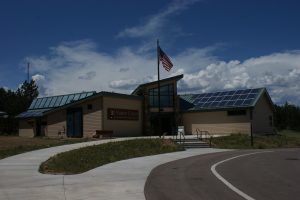 But politics aside and an in a victory for public land proponents, the Fossil Beds could soon get a little larger.

Last week, Teller County Commission Chairman Norm Steen expressed much optimism about federal leaders coming to the Fossil Bed’s assistance in supporting legislation that will allow the Fossil Beds to grow by more than 280 acres, courtesy of an anonymous land donation from a local property owner.

Only one slight catch: Based on their current government restrictions, the Fossil Beds is not permitted to extend beyond their current 6,000-acre limit, which it has nearly obtained

“It takes an act of Congress to change this,” said Steen.

And that’s exactly what was attempted by Steen and other congressional leaders last year. Steen actually testified before a congressional hearing in Washington D.C.

All the i’s were dotted and the measure passed in the House of Representatives in 2018. But unfortunately, the clock elapsed before the action became official. As a result, the bill expired.

So the process has begun again, and Steen is quite optimistic of their chances in 2019.  Already, the Fossil Beds’ expansion has gained support in the Senate. To help the move the process along, the commissioners have compiled a letter of support of the expansion of the Fossil Beds. The expansion also isn’t expected to cause any new impacts.

Steen doesn’t see any obstacles blocking this effort, which leaders hope to finalize this year. He said no major leaders have expressed any opposition to the idea. And with a more Democratic-leaning House of Representatives that typically support public lands gestures, the idea should get approved, according to many government observers.

The Fossil Beds is a key tourism attraction and generates close to 100,000 visitors a year. It became a national monument in 1969 following an agreement between the government and local property owners. The National Monument also offers many educational programs throughout the year.

A Busy Season of Legislation

This is just one major piece of legislation being eyed by the commissioners this year. They face the prospects of grappling with more than 700 bills at the state level, and must deal with many new lawmakers. In the first week, more than 200 bills have been introduced.

“They (lawmakers) want to take care of Colorado,” said Steen. But with this plethora of bills, he maintained that this version of care is often different from that of leaders in Teller County and other rural areas.

So throughout much of the session, he stated that “we end up playing defense” against much legislation that could significantly impact the area.

That said, Steen noted that the commissioners are lobbying heavily for bills that could favor sports betting for Cripple Creek and efforts to improve transportation.

No sports betting legislation has been officially proposed, but this will be a premiere issue for the region.

Last year, the Supreme Court struck down prohibitions against betting on professional game, which were restricted to Las Vegas and Nevada. The states were permitted the right to regulate this activity that nationwide amounts to a $150 billion industry.

So based on initial interpretations of the state constitution, this betting activity right now could legally occur in Cripple Creek, Central City and Black Hawk.

Besides sports betting, Steen cited legislation that could open the door for possibly several hundred thousand dollars of monies to enhance county roads as part of a major transportation bill. This bill is part of legislation planned last year in case the state’s two transportation-related ballot issues failed. It would offer a package of $340 million in overall transportation project improvements, with a certain portion going towards county roads.

Transportation improvements in the region and the state have been a familiar topic of the commissioners, who view these enhancements as core services.