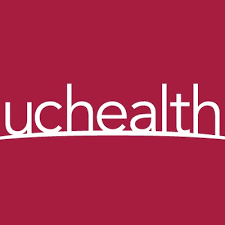 The growing surge of UCHealth into Teller County continues at a rapid pace.

Starting April 1, UCHealth will assume control of the medical operations that now occur at the Medical Plaza off Teller One. As a result, UCHealth will become the main medical provider in the area.

The city council approved the agreement, following many preliminary discussions. But under the deal, residents won’t see any different faces.

Last August, the operation was taken over by the Premiere Rural Family Medical and Dental Care, which received a slight incentive package by the city to bring to town a full-time physician, a registered nurse and office manager. More importantly, the service employed Dr. Robert Reid, a heavily revered family doctor with more than 30 years of experience and a few other employees.

Even with the acquisition by UCHealth, Dr. Reid and the current staff will remain.

Cripple Creek Finance Director stated that UCHealth will receive free rent and utilities for the first year to help get the service underway.

The deal is being described as a win-win for Cripple Creek with the services provided by UCHealth, and the commitment towards using the same staff.

“The really good thing is that we will be able to keep Dr. Reid and the staff,” said Harris.

Dr. Reid, who originally tried to provide services in 2017, works at the Plaza several days a week. He has prided himself as a physician who enjoys rural areas like Cripple Creek.

The city of Cripple Creek has encountered a somewhat bumpy road in its pursuit of medical services, with previous groups having difficulty in making ends meet. In 2017, the city was targeted by a scam operation by a reported doctor with a false name, who was previously charged with health care fraud and impersonating a doctor. The council actually approved a contract with the fake doctor, Matthew Paul Brown.

The city forked over $100,000 to help get the questionable practice off the ground, but then rescinded the agreement upon further investigation. The city, though, was able to recoup their money.

Unfortunately this scam left the city with a void in offering full-time medial services for a lengthy period.

The Premiere Rural group, though, helped fill this gap last summer, following  negotiations with the city.

UCHealth, according to city officials, will probably give the local medical arena more stability.

UCHealth will be also purchasing a small number of assets located at the Plaza, currently owned by the city.

These items are roughly valued at about $10,000. The city’s medical operation at the Plaza, occupied a 2,000-square-foot-plus space.

UCHealth has already made big inroads into Teller County with the acquisition of the Pikes Peak Regional Hospital, an independent medical center that has operated locally for more than 10 years. For the most part, UCHealth has been using the same staff, but has announced a number of new programs and services.