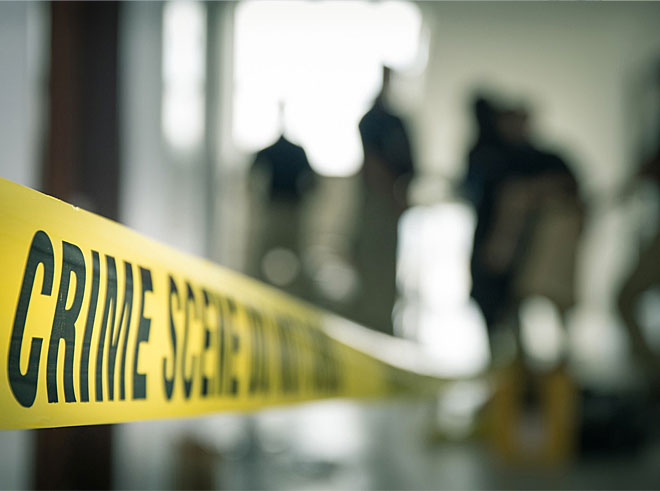 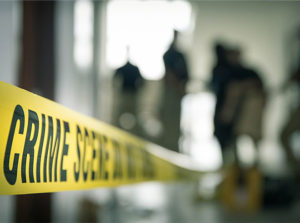 Editor’s Note: This week, we continue our series on the increase in crime and felony cases in the Teller High Country over the last year or so, and the impact this has on local agencies. For this issue, we examine the Cripple Creek Police Department, an agency that has changed dramatically since the arrival of limited stakes gaming. Plus, the agency has faced more impacts from the increase in visitors to the community, and other more dangerous elements, such as the availability of more drugs.

The good old days of Mayberry R.F.D., with a police chief and assistant manning the entire force, and a town of no violence, assaults or shootings and hardly any calls, are over in Cripple Creek

Instead, the gaming community in Teller County is combating big-city crime statistics, with the agency expected to grapple with close to 15,000 incidents in 2018.  These run the gamut from shootings and  dangerous assaults, to regular daily drug cases and constant driving under the influence stops, to growing domestic violence incidents and more routine activity, such as business checks, agency assists, shelter checks and parking complaints.

Altogether, Cripple Creek Police Department officials recently reported to the city council that their agency has handled 11,435 calls and incidents through the first 10 months of 2018, covering more than 50 different areas of concern. Ouch! At this rate, it could come close to nearing the 15,000 mark for the year.

This figure astounded several elected leaders and probably played a role in their decision to up the pay of officers for an extra $2 an hour in next year’s budget.

But CC Police Chief Mike Rulo, a veteran law officer in the region who once headed the Woodland Park Police Department and worked with the Colorado Department of Corrections, isn’t worried about this explosion in calls and police incidents.

“We have more people in town and more activity. “That’s a good thing,” said Rulo, in an interview with TMJ News. He sees this trend as part of Cripple Creek’s evolution as an entertainment mecca of sorts.

It’s a far cry from the pre-gaming days, when the town featured a police chief and assistant chief, and that was it. Calls may have dealt with a stray dog or someone stuck on a snowy road, and rarely did they focus on an officer getting fired at with a pistol, while responding to a drug bust or domestic disturbance.

Now, the department is staffed with close to 15 officers and has a $1.3 million-plus budget.

But with the growth has come some startling statistics. The agency’s drug and driving under the influence cases have more than doubled annually; domestic violence cases represent practically a third of what is recorded by the sheriff’s department for the entire county; and a troubling number of thefts and burglaries have occurred, nearing the 150 incident level for the year.  These latter theft and burglary items, in fact, have generated complaints by some citizens who are worried about their safety.

Rulo told the council in a recent report that their officers deal with drug cases practically on a daily basis.

“We have seen an increase with methamphetamine and heroin cases,” said Rulo. In fact, with the legalization of recreational marijuana in Colorado, he stated that some of the Mexican cartels are concentrating more on the higher, quality meth distribution trade.

Methamphetamine cases, the curse of the community 15 years ago, have returned with a vengeance, according to officials. Years ago a meth task force in Cripple Creek was launched by a Teller County judge. Some officials are wondering if this group should be reformed and take a stronger stand again.

Heroin is also a growing problem, noted Rulo. “It is a very inexpensive drug to purchase,” said the chief. Unlike the Teller County Sheriff’s Department, the Creek agency hasn’t dealt too much with illegal marijuana grow operations.

But on the upside, the police chief said the agency has a big helping hand in its fight against drugs.  “It is all about collaboration,” said Rulo. That is our key word. We work together very well and are trying to be more effective.”

More specifically, he cited the formation of a Teller County Narcotics team, and a strong unprecedented level of cooperation between the Creek police agency and the Colorado Division of Gaming, the Teller Sheriff’s Department, Woodland Park Police Department and the District Attorney’s Office. Monthly meetings are held among key investigators of various departments to discuss key areas of concern

And with its proximity to the Aspen Mine Center, the main social service resource hub in southern Teller, the Creek Police Department has the ability to help those with drug and alcohol problems. “We try to get them help, said Rulo. “The Aspen Mine Center has a lot of programs for these people.”

And even though the Cripple Creek Police Department is saturated with calls these days, it still must assume the responsibility as the local visitor ambassador bureau and chief tourist center.

“We get questions all the time about what restaurants to eat at and where to go. We help them out (out of town visitors) as best we can. We are in the people business,” said Rulo.  “We can’t lose sight of that.”

As a result, his officers must maintain good ties with the business community. In fact, throughout 2018, the agency handled more than 2,400 business checks. And topping their list of regular activity is a barrage of parking complaints and shelter checks that combined nearly hit the 1,000 mark in 2018.

“They have been great partners,” said the police chief in reference to local casinos and area businesses.

“The vast majority of the people that come to town are really great people,” said Rulo. But he agreed it is the small core of rotten bad guys and women that can wreck havoc on the community through illegal drug sales and consumption, thefts and assaults. “Our main goal still remains to keep them (the local citizens and business operators/employees) safe and secure,” said the police chief.

He says the agency tries to support the gaming industry in their various business pursuits such as their effort to have 24/7 cocktail service in a defined entertainment area and to have more games. “We have not had any trouble with any of the gaming activity,” reported Rulo.

Rulo has held the reins of the Cripple Creek Police Department for five years. He is the first to admit the process to manage the agency wasn’t always easy. When he assumed control of the agency, morale had plummeted and the department only had a handful of officers left on the staff.

“Officer retention has always been a problem up here,” said the police chief.

But when he took over, Rulo tried to develop major steps to reverse past trends. “It is all about your reputation. And even though we are smaller than most departments down the hill, this is a great training ground,” said Rulo. And with a new pay raise in effect, he believes their salaries are now fairly competitive for law officers in the region.

Grappling with an Outdated, Historic Facility

But still the agency faces major space limitations. It sports an outdated Bell Brothers facility that may have won historic preservation awards, but it didn’t allow for much growth and expansion. Their super steep stairway, once dubbed by a former chief as the “Brian Levine Memorial Stairway” in honor of the former historic preservation director known as a stickler for abiding by historic regulations, is a definite challenge for those with breathing difficulties. The police facility, just east of the courthouse, represented a revival of the Bell Brothers building. The Bell brothers were legendary figures during the post-gold rush boom, who often maintained order at gun point.

The agency wants to expand and construct a new facility off Hwy. 67 at the other end of town, but those plans have been put on hold due to financial considerations. The city must see what type of assistance it will receive from the state Department of Local Affairs.

But the agency recently put the finishing touches on a vastly remodeled $65,000-plus dispatch center, filled with state-of-the art equipment and special computers/cameras and meeting all ADA requirements. According to Dispatch Supervisor Diann Pritchard, the center has much more capabilities than their previous dispatch area, making life a little easier for the Creek PD inside its cramped, historic-correct building. She said the agency has been recognized nationally as a small department.

This technology, according to department officials, has made it much easier to track calls and deal with the current invasion of incidents facing the agency. That’s a trend that apparently won’t go away.