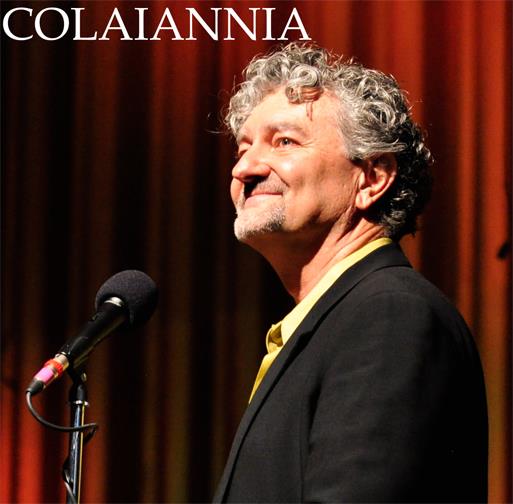 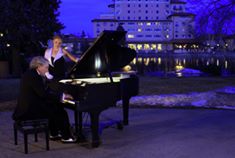 Colaiannia is partnering with special guests, Woodland Park Madrigals, the high school’s choir group who will open the concert that is a fundraiser for the local Woodland Park Arts Alliance (WPAA) supporting their public art and scholarship programs.

Denver-based pianist, Colaiannia, a master of classical piano and accomplished songwriter, and the Madrigals will perform some of holiday classics like ‘Silent Night’ and ‘White Christmas’, together and then he will also present a few original pieces of unaccompanied music.

“It’s really special to me to be able to return Woodland Park for this concert,” said Colaiannia. “I still remember when I performed in Woodland Park following the Waldo Canyon fire in 2012. The people were so welcoming, and the community feels like family to me.”

“The WPAA is proud to bring Louis Colaiannia to Woodland Park to perform this concert to support our organization,” said Ralph Holloway, executive director of the Alliance. “This event will be streamed live around the world to millions of viewers via video and audio.”

“WPAA has been working to complete the Antler Alley Project and also to initiate a Teller County Historical Documentary Project,” continued Holloway. “In this project, WPAA will be working with many individuals and groups to provide historical videotape documentation, which will be housed within the collection of the Ute Pass Historical Society, for public access for years to come. Funds from the Holiday Concert Above the Clouds will enable WPAA to continue working on both projects.”

“Very special thanks to Charlie Chambers, CR Chambers Photography, and the Teller County Film Commission, for their coordination of the live stream,” said Colaiannia. “I also want to thank Twitch, a live streaming video platform owned by Twitch Interactive, a subsidiary of Amazon; the Woodland Park School District and Tweeds Fine Furnishings for their support.”

Concert tickets are $30. Seating is limited, so reserve and buy your tickets early at https://wpartsalliance.seatyourself.biz. The Alliance is also accepting donations via mail to: WPAA, PO Box 983, Woodland Park, CO 80866. Please indicate Public Art/Scholarship on your check. You may also make a donation via credit card at wpartsalliance.com.