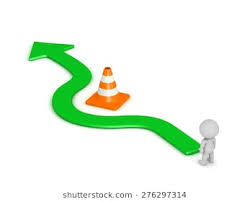 The hot topic of whether to build a highway bypass around the Woodland Park business district is far from dead, only now the community discussions will focus on a new name, “The Reliever Route.”

But don’t look for any active construction on a renewed bypass project for at least 20 more years. However, prepare for some active lively debates within the near future that could impact the future direction of the WP downtown. They may not approach the furor of past years, when this subject practically led to pitchfork fights, but tempers are bound to flare up.

This question of a highway bypass, though, has persisted for decades, and has been on the community forefront for years.

The earliest recollection of an attempt at building a bypass was in the 1970s, according to Woodland Park Planning Director Sally Riley. She said, “Former Mayor Carol Kinney told me there was a vote by the community to have a bypass. Just when Woodland Park and CDOT (Colorado Department of Transportation) were going to work on this, there was push-back by a few business owners.”

Specifically, there were three high profile business owners with big ties to the area who opposed the idea, according to earlier reports. This preliminary business opposition killed the idea.

Fast forward to 1993 when the bypass issue came up again. At that time, there were a series of community meetings held and again residents and business owners were split on where to build the bypass. A number of meetings, attended by more than 200 people, were held. The group was even jokingly referred to as the “monster committee,” in an attempt to gain community consensus over the preferred route for a possible bypass.

The article also mentioned opposition to the southern route by residents who feared their quiet
neighborhood would be disturbed by a four-lane bypass. The article quoted resident David Unruh, who lived on the southern route as saying, “What good would it possibly do to for the city to bypass it? It only benefits travelers passing through.” Linn Sherman, who headed up an organization called Citizens for Safety” argued that the city was trying to push a business friendly option without taking into
concerns of safety. He said, “The primary concern of city leaders should be safety, noise, and pollution, not helping businesses.”

The talks of 1993 promised a decision by spring of that year, but without assistance from the state for funding, and issues with right-of-ways, the entire idea faded into history with a whimper. But the idea always remained on the back-burner.

In fact, the city embarked on major attempts to prepare for a bypass by eliminating parking along U.S. Hwy 24 and doing much landscape and beatification work, with the assistance of state funding. Central parking lots were even constructed off the main highway.

Plus, the early impetus behind the formation of the Downtown Development Authority, according to former Woodland Park City Manager Mark Fitzgerald, was mainly done to generate more commerce for a downtown area in preparation for a bypass.

Then in 2015, a study was done to evaluate options for reducing traffic in the downtown area, sans a bypass. A meeting took place at the Ute Pass Cultural Center for residents to hear and discuss the options presented by the study. While the study did not include a bypass, that did not prevent citizens from raising the question again. A majority of attendees at that meeting continued to support the idea of a bypass.

City and county officials mentioned that they are still lobbying hard in Denver for a bypass, but, CDOT has put the idea in a very low priority on their wish list. Furthermore, they said a new bypass study
would need to be done at an estimated cost of $1 million and the cost of the project has gone from the 1994 estimate of $50 million to over $160 million today.

City officials recognize that a bypass is the best solution and is their preferred alternative for the Woodland Park over the long-term and they will keep the bypass on the table for future consideration.

While the 2015 traffic study ignored a true bypass, it did present options that would route traffic onto residential surface streets that would bypass the downtown area. These routes met with fierce
opposition from residents on those streets, but the cat was let out of the bag. Since 2015, traffic on the surface streets outlined in the study has increased drastically, creating dismay and safety concerns
of those living on those streets. Hwy. 24 traffic jams last summer in the downtown area often extended to 20 minutes or more on Friday afternoons.

The Bypass Is Back

Now the bypass issue is back, but isn’t being talked about much in public. The powers that be have now decided to no longer refer to the bypass as a bypass, but rather call it “The Reliever Route.”

During a recent discussion with Teller County Commissioner Norm Steen over transportation issues in the region, TMJ News learned that interest is growing to revive some of the old bypass ideas formerly presented in the 1990s.

Today bypass route corridor D is being looked at again as the one to pursue. Corridor D begins just east of Walmart and would join Highway 24 by Pikes Peak Regional Hospital. According to Riley, the route
passes over a saddle and through a small valley before reaching the hospital. Riley said this route would be approximately three miles long.

This route would affect approximately 10 private property owners. Of those affected, the primary land use is mostly agriculture according to Riley.

Riley explained the process now taking place. She said the Pikes Peak Area Council of Governments (PPACG) long range plan is updated every three to five years, and they are updating the plan at this time. This long- range plan looks ahead to the year 2045.

During this planning process, each community submits projects they would like to see happen, and each of those plans are the ranked and the council decides which projects are most feasible financially.

Unfortunately, the corridor D project was ranked 84 out of 100. Riley explained one reason corridor D scored so low is because it is in the planning stage and would not result in actual immediate construction.

Riley said, “This is still going through the analysis process. Ranking has not been approved by the PPACG board or even reviewed by the transportation advisory committee yet.” She went on to say, “What I
want to emphasize is, we’re working closely with CDOT and PPACG to include a planning and environmental linkage study for a potential “reliever route. We’ve always had a place-holder for the Woodland Park Reliever Route in these long range plans, but this year we’ve raised the ante in order to emphasis the project.”

The study would cost about $2 million and would be funded mainly by CDOT, with some local match
of 20 percent by the city, according to Riley.

Unfortunately, with the defeat of both state propositions 110 and 109 in the Nov. election, funding for road improvements throughout the state are again facing financial hurdles that may put one more obstacle in the path of a Woodland Park bypass. But according to Steen, most of the local money from these propositions, if they would have passed, would have dealt with Hwy. 24 improvements between Colorado Springs and Woodland Park. For example, Proposition 110 called for $70 million worth of improvements for Hwy. 24. Those enhancements now may be in limbo, along other major road projects.

Some residents are upset about what they classify as shortsightedness that prevented a bypass from being constructed in the 1970s or even in the 1990s. Other cities with similar bypasses, such as Breckenridge and Manitou Springs, have created a business district that thrives and those cities have become destination areas for those who don’t want to shop in a downtown congested with traffic, noise, and pollution.

But some merchants disagree and contend that a highway bypass would wipe them out. They favor the extra traffic along Hwy. 24.