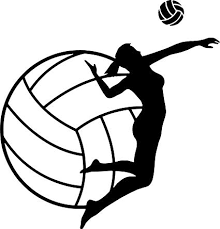 The Woodland Park girls’ volleyball season is officially over, and the team’s coach Stacy Roshek is thrilled about what they accomplished this year.

“The girls have a lot of heart and they were easy to coach,” Roshek said. The Lady Panthers finished with a 20-5 overall record and they received a national rank of 3,587th and a statewide ranking of 70th.

To end the season, the girls hosted the regional playoffs tournament at home. The day started with the girls playing the Cheyenne Mountain Indians. The girls won the first match but then they lost the next three matches in a row. Losing the tournament against the Indians officially ended the season for the girls.

However, they did still play Battle Mountain afterwards, knowing that they would not advance to the state playoffs, and won.

The Indians ended up beating Battle Mountain as well. Since Cheyenne Mountain defeated both teams they were the school that got to continue on to the state playoff tournament.

Last week, the volleyball team held an awards ceremony where they honored some of their star players during the 2018 season. Sara Gardner, the team’s junior star player, was given the Colorado Springs Metro League MVP award for the 2018 volleyball season. The team mates also voted on their own player awards and they chose Teagan Couch as the defensive player of the year, and Karley Purkey snagged top laurels as their offensive player of the year.

It also was also announced that Teagan Couch is now the new record holder at Woodland Park High School for the most digs in a season. Player Kourtney Cox, meanwhile, won the team’s spirit award and Trinity Mcabee received the most improved player award.

The girls also have recorded some impressive achievements in the classroom as well as on the volleyball court. This year the varsity volleyball team had an overall grade point average of 3.66. Some of the volleyball players even made the academic all-state first team.

As for next year, the teams coach is optimistic about how good of a team they will have in the future. “We have three starters coming back next year,” Roshek said.

She said that many of the girls play in a club team during the offseason. “This year 10 out of the 14 players we had played on the club team,” the coach commented. “I think they know the benefit to playing year round.”

The Rammies have struggled all year long and they continued their struggle last Saturday as they fell to the number 23 ranked Utah State Aggies 29-24.

The Rams did give the tough 10-1 team a run for their money as they kept it close throughout the game. However, I could say it was a disappointing loss and that it has been a disappointing season but nobody thought the Rams would amount to much this year.

The Rams are pretty much out of any possible bowl game bids with their 3-8 record so at this point they are basically playing their last game against their rivals, the Falconsm for nothing but pride. Just since I am still a Ram fan even though they weren’t a team to talk much about this year I will pick them to win this meaningless game.

The Buffs grew their losing streak to six in a row last week as they lost to the now number 19th ranked Utah Utes by a score of 30-7.

What at first seemed like a decent season for the Buffs as now turned into one of turmoil. The bowl game chances for the Buffs are pretty much over as they sit very low in the PAC 12.

The good news for Buff fans is that they only have to suffer through one more loss of the 2018 football season. This week, the Buffs end their season as they take on the 6-4 California Golden Bears.

The Falcons played a close game last week but they were unable to come out on top against the Wyoming Cowboys and lost by a score of 35-27.

The Falcons kept it close, but fell in the fourth quarter when they allowed the Cowboys to score three unanswered touchdowns. With the loss the Falcons fall back to 4-7 and are tied in fourth place in the Mountain West with Colorado State.

This week, the Falcons play their last game against the Rams during a rival game on Thanksgiving Day. Since this game means absolutely nothing I am going to go with my favorite team, the Rams on this one.