Board Takes “Fifth” Regarding Legal Verdict 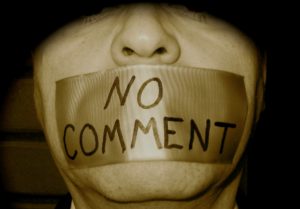 The Downtown Development Authority has been muzzled regarding a recent legal decision pertaining to a lengthy feud between the DDA and Woodland Park Beer Garden LLC.

In the statement, Larsen noted there will be no further official statements by the DDA until the time for appeal in the case has expired. According to the court document, the plaintiff, Woodland Park
Beer Garden LLC, has 15 days from the time of the order, (September 27, 2018) to submit its bill of costs to the court, and the defendant, (DDA) then has 15 days to contest the bill of costs with the court.

Larsen stated interested parties can read the complaint filed and the DDA’s counter claim on the DDA website.

Larsen said the court ruled in favor of the DDA on the plaintiff’s claim for breach of contract/specific Performa, and refused to order the DDA to convey Lot 2 of Woodland Station to the plaintiff. She then
acknowledged the DDA is liable for reimbursement of the plaintiff’s costs as they relate to the removal of the underground propane tanks on the adjoining Amerigas property that was done by the plaintiff.

The judge decided the removal of the tanks increased the value of the property, therefore, the plaintiff was entitled to costs incurred associated with this value increase. The award to the plaintiff in the
amount of $133,586.54, plus pre-judgment interest from May 20, 2018, through the date of the judgment, at the rate of percent per-annum, includes miscellaneous and actual costs.

On advice of the DDA attorney David Neville, the DDA and its members will not comment further until the time to appeal expires. After such time, there may be further comment by the DDA. Larsen
has requested that Mayor Neil Levy read the official DDA statement at the next regular meeting of city council.

Larsen then stated disbanding the DDA at this time would be, “counterproductive. She stated all DDA projects since the Dinosaur Center have been successful.

Following Larsen’s comments, DDA Treasurer Tanner Coy, read a press release the board composed regarding the case. It read in part, “The Woodland Park DDA Board of Directors is pleased to have the final ruling by Judge Lyman in the case filed by Woodland Park Beer Garden LLC. We look forward to finalizing the case and focusing our full attention on the downtown district, which is thriving now more than it has in years.”

DDA projects
Coy read a financial report. In the report Coy noted 2018 revenue projections and preliminary budget for 2019. He stated revenues are in ine with projections. Coy did note that particular costs of debt
issuance and judgments are only an estimate. He said, “I don’t have final number on those yet. I tried to be conservative.”

Next the board noted the Taylor project (car wash) is moving along and in compliance with their TIF (tax increment finance) agreement.

Tim Dienst, director of the Ute Pass Regional Health Services, gave a presentation on this November’s ballot measure 7-A regarding the district’s wish to approve a half-cent increase in the district’s sales
tax. This measure, if approved, would help fund the ambulance district. Dienst estimates the tax will raise $740,000 in the first year and $1.4-1.5 million each year after.

Next on the agenda was discussion on Woodland Station. Larsen said the board has received a request for use of Woodland Station, but did not mention who the request was made by. She then suggested the board hold a work session in the near future on how to proceed with Woodland
Station.

Board Member Elijah Murphy spoke of ways to move forward with the land. He mentioned the idea of creating an endowment to support Woodland Station as a possible solution.

Murphy explained a successful endowment could help fund the Community Investment Fund, which is
currently on the chopping block in next year’s city budget. He said, “By placing Woodland Station in a land trust it would take the property off the table for future development. It will remain open
space owned by the people of Woodland Park.”