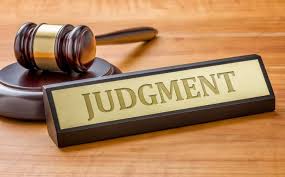 A summary of the decision is below:
On September 27, 2018, Teller County District Court Judge Lyman issued an Order in Case Number 16CV30085 — Woodland Park Beer Garden LLC v. Woodland Park Downtown Development Authority. After an eight-day trial to the Court in May and June, the Court “Ordered that judgment enter in favor of Plaintiff Woodland Park Beer Garden LLC and against Defendant Woodland Park Downtown Development Authority in the principal amount of $133,586.54, plus pre-judgment interest from May 20, 2018 through the date of judgment at the statutory rate of 8% per annum, plus post-judgment interest from the date of the judgment at the statutory rate of 8% per annum until paid in full.”
Because the ruling was substantially in favor of the Woodland Park Beer Garden (WP Beer Garden), the Court also concluded “that the [WP Beer Garden] is entitled to at least a partial award of its costs.” The Court does not make a similar conclusion regarding attorney’s fees. The Court states that “[b]oth parties were represented aggressively, thoroughly and competently, and the fact that the Court has ruled for or against either party on a particular issue does not give rise, in and of itself, to an award of attorney fees.”

As summarized in the Court’s Order, the WP Beer Garden filed a Complaint on November 5, 2016 “asserting that [Woodland Park Downtown Development Authority (WP DDA)] had breached a contract entered into by the parties on March 19, 2013 entitled Agreement for Disposition and Development.” WP Beer Garden’s prayer for relief requested “specific performance (conveyance of a parcel of real property), damages, and further relief deemed reasonable and just by the Court.” WP DDA filed a Motion to Dismiss the case, which was denied, and filed its Answer and Counterclaim on March 28, 2017. Pursuant to the Court’s Order, in its answer, the “[WP DDA] denied breaching the Agreement in the manner alleged by [WP Beer Garden], and asserted that [WP Beer Garden’s] failure to perform certain conditions precedent relieved [WP DDA] of its obligations under the Agreement.”

Generally, the Court ruled in favor of the WP Beer Garden because it concluded that the “[WP Beer
Garden] did not materially breach any of its obligations under the Agreement” and the “[WP DDA]
breached its obligations under the Agreement by failing to ever plat Lot 2.” The Court reasoned that
“[b]y failing to plat Lot 2 [WP DDA] rendered its own performance under the Agreement
impossible.” The Court found this breach to be material and to cause the [WP Beer Garden] to incur
damages, ordered in the principal amount of $133,586.54. The Court found that the acquisition of the
AmeriGas parcel by Beer Garden Lane LLC and removal of the propane tanks located thereon caused the
value of the WP DDA’s Lot 2 to increase by $127,000.
While the Court awarded the [WP Beer Garden] money damages, it determined that “specific
performance was not available as a remedy to [WP Beer Garden] because it is illegal to convey an
unplatted parcel” citing to the City’s Code. Additionally, the Court concluded, “that neither party
breached any duty of good faith and fair dealing it owed to the other.”
“I am disappointed with the outcome and the cost associated to defend the lawsuit. But it’s time
to turn the page. Moving forward, City Council along with the DDA Board, need to work together
to establish a new direction for the welfare of our Community,” said Mayor Levy.
Councilmember Case stated “As the DDA liaison for the City Council we are happy to put this
behind us and focus on a positive future for the businesses and community of Woodland Park.”