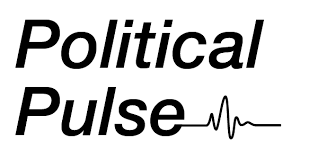 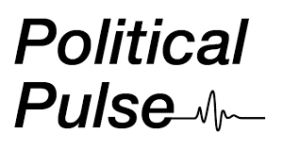 Oddly enough, this marks the first time in recent memory that the gloves have come off in the battle for Teller’s head financial elected seat. In the past, the treasurer position was marked by election yawners and mostly non-competitive races.

But that isn’t the case for Teller County in the 2018 election showdown.

Last week, a complaint was filed by Erik Stone, the chairman of the Teller County Republican Party, with the Colorado Secretary of State over what he contends amounted to a serious “breach of campaign finance laws.” “This is a very serious violation,” he stressed.

According to Stone, Clark-Wine, who serves as the current assessor, was soliciting donations through an “illegal, unregistered committee, entitled ‘The Committee to Elect Betty Clark-Wine Teller County Treasurer.’”Stone, in his complaint, even suggested that this amounted to a “slush fund.”

The committee notation was then taken down several hours after the complaint was filed, according to the chairman. In a prepared statement, Stone noted, “I was stunned that Ms. Clark-Wine was conducting illegal fundraising activities. Campaign finance laws exist so that voters know who is giving money to candidates.  It must be transparent.  It is even more concerning because this person wants to be county treasurer and she can’t follow the simple campaign finance laws on page one of the candidate regulations,” said the party chairman. “We had no choice but to report her illegal activities to the Secretary of State’s office and she will have to deal with the consequences of her actions.”

And according to Stone, that could amount to thousands of dollars in fines or a public hearing.

Clark-Wine, though. refers to the complaint as nothing more than a political assault.

“Mr. Stone uses inflammatory language, stating that I have created a ‘secret slush fund’.  I have done no such thing,” said Clark-Wine, in an email response.  “Washington-style politics has no place in Teller County as it erodes confidence in our elected officials, candidates, and in our political system. In Teller County/ We are friends and neighbors and, we don’t destroy them.”

In a later interview, Clark-Wine went further and described the complaint as outright dirty politics “They are going below the belt and doing anything they can to bring me down,” said Clark-Wine. “This isn’t the first time. But I am not going to stop… I knew something like this was going to happen so I should not be too surprised. I just didn’t think it would happen this early (in the race).”

Clark-Wine classified the committee citation allegations as a technical glitch on her website that was clarified once she noticed that a problem existed. “I was not aware that my campaign website contained a link at the bottom to a category called ‘Contributions’ until I received a copy of the complaint filed by Mr. Stone,” explained Clark-Wine in an email.  “My webmaster had made changes to my deactivated campaign website and deleted a tab and button for contributions. We did not see the link at the bottom of the page.  As soon as I read the complaint and reviewed the website, I called her and the link was removed.”

Clark-Wine also has described her campaign as completely self-funded. “We are taking no donations,” she said.

According to Clark-Wine, she has contacted the Colorado Secretary of State’s Office to explain the situation, and outlined the steps she took to cure the earlier mistake.

But Stone maintains that an individual running for a position of extreme financial integrity, such as the county treasurer, can’t continue to violate campaign finance laws.  He noted this is her second breach of the rules in the last few months.

The assessor acknowledges this earlier error and cited a personal situation she had to take care of regarding her grandson. “I just decided to pay the $50 fine,” she explained.

Stone says the latest complaint has nothing to do with Teller County politics.  “We are not trying to dig up dirt. I had no choice. This is a serious campaign finance violation.”

Czelusta, in a prepared comment, said, “I have confidence that the Colorado Secretary of State will resolve this matter properly and I’ll let Ms. Clark-Wine speak for herself.  We all have to follow the law.”

Both Clark-Wine and supporters of Czelusta actually do agree on thing: The latest controversy could elevate the race for treasurer to a new level of interest.

On the upside, the unaffiliated contender believes she has gotten under the skin of Teller Republican leaders. This isn’t the first time the candidate has clashed with GOP leaders, as Clark-Wine succeeded in garnering a spot on the ballot for her second term as assessor and beat the favorite candidate of party leaders in the Republican primary.

“They know I am going door to door for my campaign and are getting scared,” said Clark-Wine, who described the reaction she has received from Teller residents as overwhelming.

Stone, though, said Czelusta merely wants a fair playing field and the same rules applied for all candidates. He also questions if Clark-Wine is using her time as a paid elected official as assessor to run her campaign. This subject was slightly raised during last week’s county commissioners meeting.

In previous interviews, the two candidates agreed on several of the key issues. For the most part, Clark-Wine emphasized her experience as assessor for eight years and her background in real estate. She also served previously on the Woodland Park City Council.

Czelusta, an Air Force Academy graduate and former C-130 pilot, has cited his nearly 30 years of experience in the military and diverse knowledge of finances and managing public funds.

Both candidates have a plethora of signs dotting the county. Local political experts are predicting a close election. If Clark-Wine wins, she would become the first unaffiliated candidate to assume a county elected seat in at least three decades.  But even her critics admit the assessor is an aggressive campaigner.