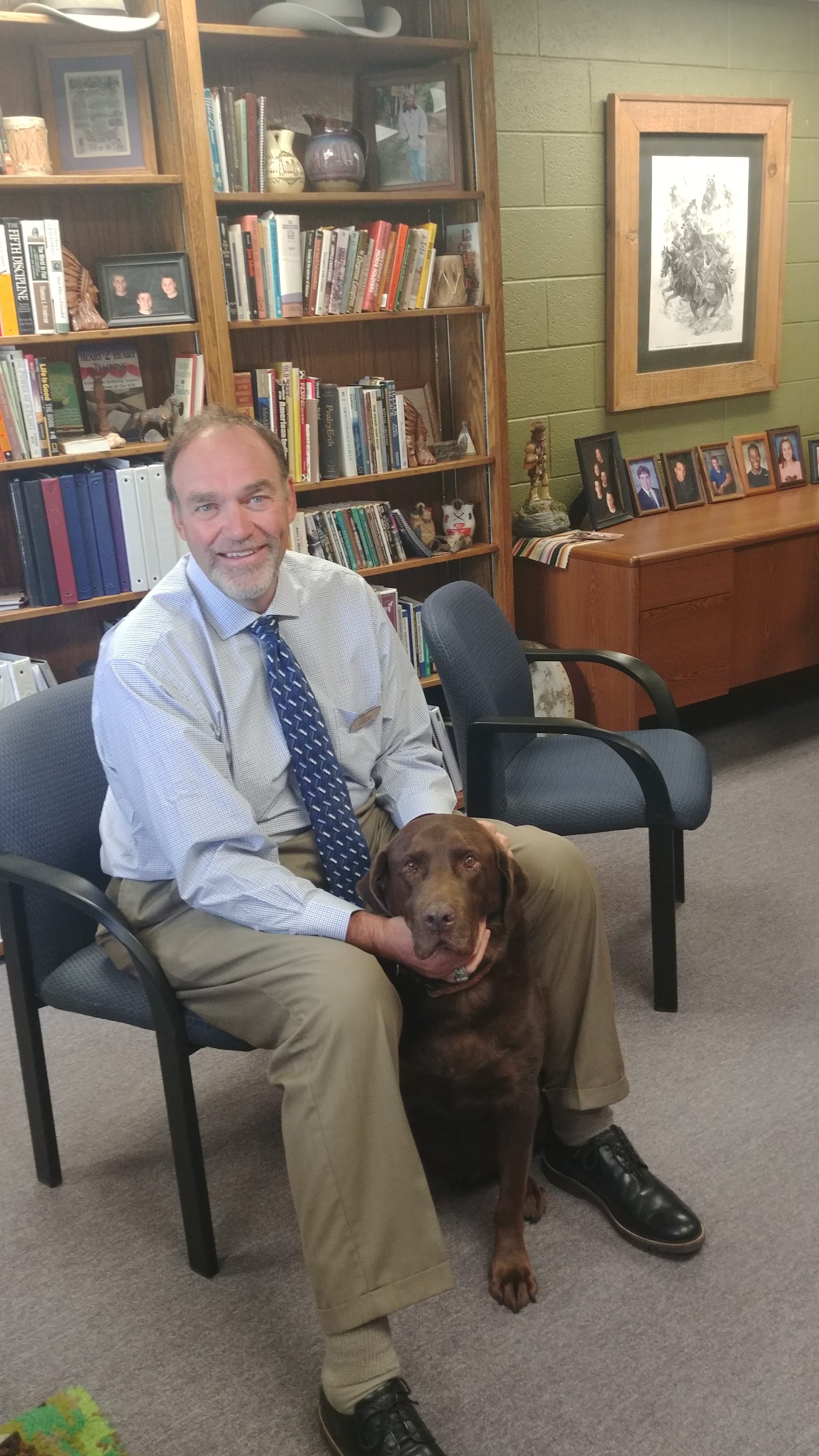 The 2018 school year has kicked off with a huge administrative change for the Woodland Park RE-2 District:  the addition of a new head boss.

Steve Woolf, who hails from Kansas, is the new superintendent and is enthused about his new leadership role. Moreover, he plans to pursue innovative programs, aimed at giving more kids an actual vocational trade and providing them with more connections with the outdoors. In addition, he wants to improve the culture towards school security.

Woolf was previously a principal at a middle school for 18 years and has been the superintendent of a school district in Kansas for the last decade. He is excited about his move to the area and hopes to bring a number of positive changes to the district. While in Kansas, Woolf gained experience in several new types of programs that he wants to bring to the RE-2 District.

One such program Woolf implemented in Kansas, called WILD, worked towards getting kids involved in the outdoors. Currently, the Woodland Park school district does participate in the program slightly, but Woolf wants to increase that level of involvement. He believes that it is important to get kids outside and engaged.

The new superintendent also plans to bring more vocational programs to the area. Woolf has already discussed plans with Pikes Peak Community College for instructors to come to Woodland Park to offer certain classes up here for high school students. The forestry program PPCC offers at a ranch near town may start offering programs at the Woodland Park High School, for example

Woolf believes that it is important that students have options to learn trades before they graduate from high school. He plans to make it possible for students interested in the medical industry to graduate high school with their certified nursing assistant certificate. He also wants to bring back the high school wood shop, and start a construction sciences program.

The new superintendent admits he was impressed by the fact that voters of the RE-2 District supported a plan to increase their sales tax to help the school district. That wasn’t an easy task for a fiscal conservative area like Teller County.

He cited this as a key reason why he applied for the superintendent job.

Woolf said that he has spoken to several local residents who chose to move to Woodland Park because of the local support for the sales tax hike for school improvements. This year the extra money generated from the tax hike went towards building remodels, increased security, and an increase in teacher salaries.

This has also resulted in some physical improvements. The middle school recently got equipped with a brand new roof due to funds generated by the sales tax hike approved several years ago. Gateway Elementary has been remodeled on the inside, and now has brand new flooring and paint.

According to the superintendent, another portion of the funds went to investing in better technology for the students. “To be literate in today’s society, you have to be able to access, analyze, apply, and create using the tools of the time,” Woolf said. “But you have to have the tools of the time. The tools these kids are going to use 15 years from now are not the tools they are using today but they have to be able to think on their feet and be able to use those tools to get ahead.”

A New Culture Change Towards Security

As far as security goes, Woolf has plans to change the overall culture at the schools. He says that school security starts at the core of this culture. And he believes that safety will be enhanced by creating a good and safe environment that kids are proud of.

In order to change the culture for the better, Woolf has made a few personnel changes including hiring a new interim high school principal, Kevin Burr. Woolf also has his own style and methods of maintaining a safe culture and environment.

Woolf goes to work every day with his Labrador Benjamin. He says that Benjamin helps soothe and relax staff and students as soon as he walks into the door.

Overall, Woolf says that he can do a lot of things in the school district to make it the best option for education in the region. “I feel bad for any kid that doesn’t get to go to school here,” Woolf said. “As far as I’m concerned, if you live here and you choose to go somewhere else, then you are choosing the second best option for your kid.”

***Make sure to view the video of a detailed TMJ interview with Steve Woolf on our website, atwww.mountainjackpot.com and on Mountain Jackpot Facebook.