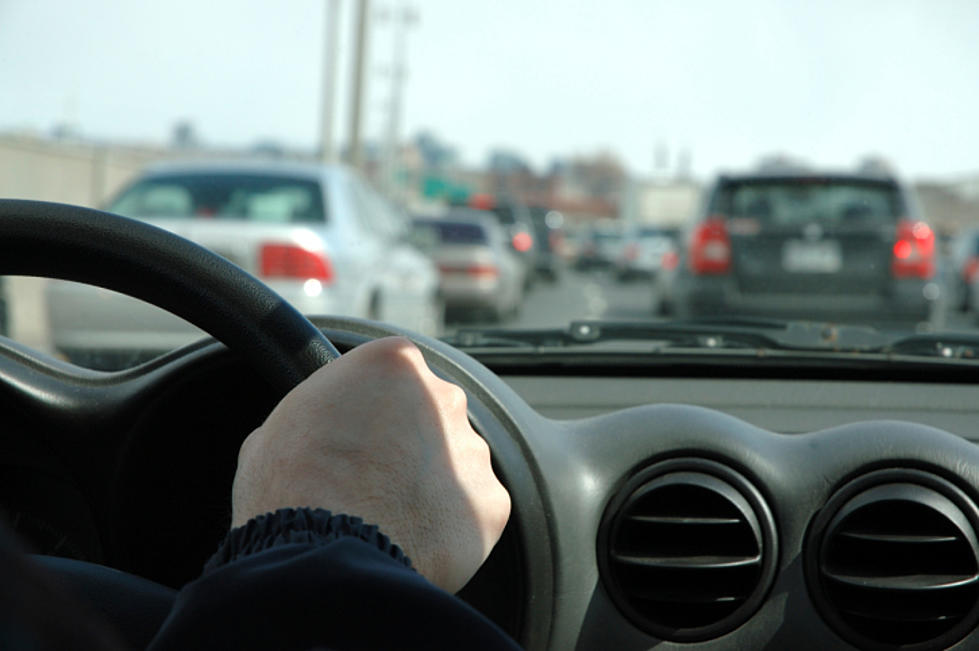 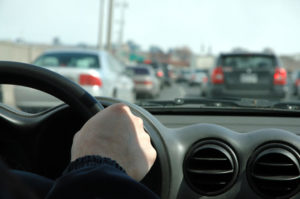 If you are hoping for a less congested traffic scenario during your drives along Hwy. 24 next year or in the near future, good luck.  Or better yet, invest in a helicopter

Anyone who has traveled on or even across Highway 24 in Woodland Park this summer has most likely noticed the never-ending wall of traffic on both sides of the road. During most of the weekends this season, cars can be seen stopping and waiting in line all the way from the signal light near Walmart to the west side of town. The increased amount of traffic in 2018 has made traveling through the mountain town quite more stressful compared to previous years.

Unfortunately, the traffic prospects for improvement for motorists and out-of-town visitors don’t appear promising—at least in the near future.

According to Teller County Commissioner Norm Steen, who also serves as the chairman of the Pikes Peak Area Council of Government, it is estimated that more than 40,000 vehicles per day travel on Hwy. 24 through Woodland Park. The commissioner said that he has had meetings with Colorado Department of Transporation officials and that they understand the problem. But since the main thoroughfare is a U.S. highway, the process to come up with a bypass or reliever route (as it is now being called) is complicated. 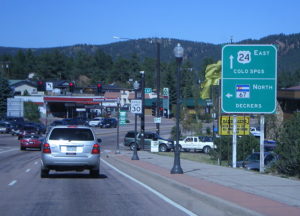 Steen also predicts that once I-25 gets widened north of Colorado Springs between Monument and Castle Rock, a project known as fixing the “Gap,” the improvements will increase traffic on the interstate. Then, according to the commissioner, once more people come down south from the Denver metro area, more people will start coming up through Woodland Park as well. Moreover, he contends that the 40,000 car per day number will definitely increase as a result of the improvements on I-25, involving three lanes each way and even the addition of express lanes.

This will make the drive between Woodland Park and Denver quicker, which only will result in increased traffic flows on Hwy. 24.

However, the good news is that CDOT has already started researching a reliever route. Local government officials from both Woodland Park and Teller County have attended meetings where the traffic issues have been brought up. The bad news is that the reliever route is a part of a long-range plan scheduled for 2045.

The idea of a possible bypass or reliever route is praised by many local residents, but the idea is met with some opposition by local merchants and business owners. 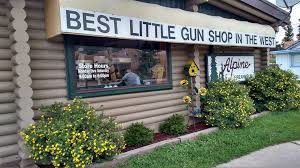 Big Traffic Not All That Bad

According to Jon DeVaux, who owns a gun store located directly on Hwy. 24 in downtown Woodland Park, business owners have enjoyed the increase of traffic through town. “This summer, I loved it being this busy,” DeVaux said. “And all of the retail merchants down here will tell you the same thing. We had a great year. I think it was this busy because the economy was better and people have more expendable income.”

The business owner, who also serves on the Woodland Park Planning Commission, has seen some problems with the increase of traffic on the highway in front of his store but did not have any horror stories to tell. “I see people driving 20 or 30 miles per hour over but 5 to 10 over the speed limit is the most common,” DeVaux said. He said that the biggest problem is that the sidewalks through town are narrow, but he believes that the new HAWK crosswalk system has helped increase pedestrian traffic on both sides of the highway.

According to the gun store owner, there are a few problems with the idea of a reliever route or bypass through Woodland Park. Many downtown merchants believe that if traffic was diverted through town, that local businesses would suffer. DeVaux contends that a bypass would push all of the commercial growth to the east and west sides of the city. He also believes that the only way to get land for the relief route would be for the government to forcefully purchase people’s land.