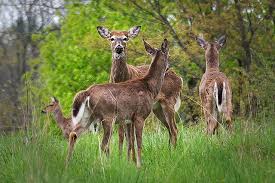 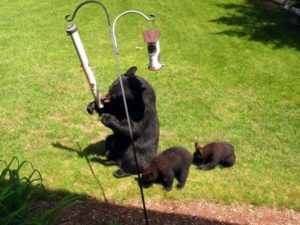 Ever since the beginning of the 2018 summer, Teller County residents have voiced growing concerns over the dangerous high country conditions.

The wildfires, coupled with the strictest fire restrictions and toughest enforcement stand implemented in years,  has some locals raving mad. Others, meanwhile, complain about the drought conditions and the effects on water sports.

At the same time, some absolutely despise the increase in traffic the Teller region has experienced.

These conditions, as bad as they are for locals, have basically put wildlife in the area on a death watch. According to Colorado Parks and Wildlife or CPW, the bears in the area have suffered the most due to a serious localized food shortage during the summer of 2018. As a result, officials have grappled with more bear sightings closer to residential areas.

The drought, wildfires, and flash floods in the region have taken a serious toll on those trying to survive out in the wild. The excessive rains Teller County experienced in late July proved to be “too little, too late” for the local bear population. According to CPW’s District Wildlife Manager, Tim Kroening, the bears in and around the county have been struggling to find natural food sources and are getting hungrier and hungrier. 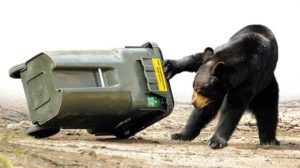 “This time of year, bears are foraging mostly on berries and acorns. But our nuts and wild berry crops are not looking good this year. Hail severely damaged them in late July and that is bad news for bears,” Kroening said.  “We may have a few pockets that will produce decent nuts and berries, but those areas will be rare. With little natural food available, bears will roam miles in search of a meal. Bears can smell up to five miles and will follow their noses wherever they detect food.”

The district manager explained that there are several measures that people can take to keep the bears alive and existing in the wild, and more importantly, away from their homes. Bears are usually attracted from the mountainous, wooded areas of the county to the cities due to human-created temptations. These large mammals are attracted to food items humans leave outside in their yards, such as trash cans, barbecue grills, and pet food.

However, according to Kroening, one of the most common items found in yards that bears absolutely love are bird feeders. Bird feeders are contraptions that are set out to feed feathered friends in the sky.

These yard ornaments may seem innocent to most, but bird seed is highly sought after by the local bear population.

“Bird seed is like a gateway drug for bears leading them directly to humans in what too often becomes a fatal attraction. Studies show that over 80 percent of human-bear conflicts can be traced to the bear’s first encounter with a bird feeder,” the local wildlife manager explained. “Bird seed has lots of calories — over 12,000 in a typical 7-pound feeder. This time of year, as bears enter ‘hyperphagia,’ they binge eat as instinct urges them to pack on the pounds before winter denning. During their hyperphagia feeding frenzy, bears will try to consume 20,000 calories a day,” explained Kroening.

The issue has become so serious that CPW asks that Teller County residents not even put out bird feeders from April to October. As an alternative, experts suggest that residents use nesting boxes to attract birds instead of feeders.

When bears get accustomed to voyaging into urban areas to satisfy their hunger, the end result can negatively affect humans. “When any wild animal becomes habituated to people, it can become dangerous. They lose their natural fear of humans and can become so bold they enter occupied houses. These bears have to be euthanized for human safety,” Kroening said.

The wildlife officer continued to stress how serious the bear problem has become locally.

“In Woodland Park, I am tracking five sows and 11 cubs,” said Kroening. “This does not include all of the single bears in a town. Given Woodland Park is just 5.7 square miles, any way you do the math that’s a lot of bears.”