“If I can’t have a campfire, I’m not sleeping in the woods!”

This phrase has been repeated by several locals since the beginning of the 2018 summer season. Many outdoor enthusiasts have given up on their favorite summer activities due to a few different reasons, capped by a rough time for natural disasters and drought-like conditions.

Some avoid leaving their homes because of the increased problems with heavy traffic jams that have been noticed any time someone travels anywhere between 31st Street in Colorado Springs and Hartsel. Meanwhile, those who like to fish or float in a tube down the river have been disappointed with the low water levels caused by the recent drought, enough to not take a drive to their favorite hot spot.

Many campers and firearm lovers have stayed home because their favorite outdoor pastimes were illegal for half of the summer as a result of the extremely high fire danger. Out-of-towners chose not to trek up the Pass when they saw that Teller County residents were evacuated during the High Chateau fire or when they watched the news the one day mudslides forced Highway 24 to get closed to traffic.

However, fret not.  County officials recently lowered the fire ban from a Stage 3 classification back down to a  more traditional Stage 1, which has been enacted since last spring. With Stage 1 restrictions, open campfires are still outlawed, but outdoor cooking and fires that are in closed fire pits are now permitted in Teller County. The recent torrential down pours the area has received has opened up a wider horizon of outdoor activities that were banned a few weeks ago.

Great opportunities for hiking and camping 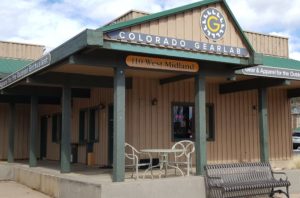 According to Lynn Jones, owner/operator of Colorado GearLab  (Woodland Park’s newest outdoor clothing and equipment shop), despite the conditions this summer, their business has been getting a lot of interest from those seeking time out in the great outdoors. “People want to be outside when they are here,” Jones said referring to the tourists and visitors who have recently been frequenting her shop.

The business owner said that the one activity she has noticed people participating in all summer long, despite all of the negatives mentioned above, is good, old-fashioned mountain trekking. “There’s not much that deters people from taking a hike in the mountains,” Jones stated. “There have been no deterrents to people going hiking as far as I can tell.”

Her proof to back up that statement is the sales records from their young business. She said that they have been selling a lot of hiking boots, backpacks, trekking poles, and regional trail maps. “The biggest activity that we see people in the area participating in right now is hiking,” Jones said.

When asked about the most popular hiking trails in the area, Jones said that three local trails stood out. She said that the trails she hears most people ask about are Horse Thief Falls, Pancake Rock and the Crags. All of these trails tour the outskirts of the Pikes Peak mountain range, and they are all located off of Hwy. 67 between Divide and Cripple Creek. She said the maps, showcasing three trails that Colorado GearLab keeps on their shelves, are some of the company’s best-selling items. 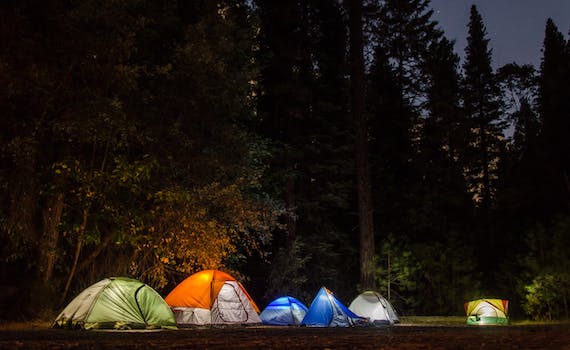 She then suggested that a close second for popular outdoor activities in the area is camping. Even though the Ute Pass region has had a ban on campfires all summer, the outdoor gear shop owner believes that their sales on camping gear have been going up. Within the last week, Jones said that her store has noticed an increase in the amount of visitors that come to the area on vacation, and end up buying new equipment from Colorado GearLab, then selling their old gear back to the store.

Jones believes that her store receives a good mix of both tourists and locals, who are searching for good times in the high country.