For many, there are thrills to jumping into an inflatable boat with a group of strangers to get tossed around and drenched with water while riding down some rough whitewater rapids.

Colorado is ranked as one of the top five best states for people to put all of their trust in a hippy river guide and jump into a raft with several other thrill-seekers.

Colorado is the host to more popular whitewater rafting hot spots than one can count on their fingers and toes. The Colorado River is rated as the best single body of water in the state to float down.  Itis so huge that there are several places whitewater enthusiasts from all over voyage to, in order to jump into the raging Colorado River.

The most popular of these boat launch locations along the infamous Colorado River are Breckenridge, Grand Junction, and Glenwood Springs. Other rafting hot spots across the state include rivers near Vail, Creede, Steamboat Springs, Fort Collins, and more. Locally the most popular rafting location is the Arkansas River, which is rated the second best whitewater rafting river in the state. When riding down the Arkansas, various routes travel close to Salida, Buena Vista and Canon City.

Last spring, after the winter season provided only tiny amounts of snowfall, many were worried that the Arkansas River’s water levels would be too low to enjoy rafting opportuities to the fullest extent. However, due to local authorities that control water outputs coming from reservoirs in the state, water levels have been higher than most thought they would be.

“Early in the summer, Pueblo Water released over 2,650 acre feet of water in support of the VFMP (Voluntary Flow Management Program),” Arkansas Headwaters Recreation Area Park Manager, Rob White said. “Then the Bureau of Reclamation, in cooperation with the Southeastern Colorado Water Conservancy District, released 13,100 acre feet of water. Now we are getting an additional 1,000 acre-feet of water from Colorado Springs Utilities.” 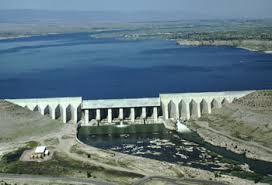 The extra water requested by the city of Colorado Springs will help give a boost to water levels right before the close of the 2018 rafting season. The water transport will not affect any Colorado Springs Utilities customers because it will be released into the Arkansas then stored in the Pueblo Reservoir for future use. “We are pleased to have the opportunity to work with Colorado Parks and Wildlife to improve conditions on the river in a way that also meets our operational needs,” said Kalsoum Abbasi, water conveyance supervisor for Colorado Springs Utilities.

In the last week or two, it seemed as if boat traffic on the Arkansas was reduced from what it was at this time in previous years, and the water levels looked like they were dangerously low. However, starting august 7, the famous rafting river will receive a much needed boost in water flow. Those wishing to take advantage of the tail end of the river boating season will be getting a special treat this year. “This release of water will enable both private boaters and commercial outfitters to continue to have a great experience at the AHRA,” White said.