There is an old saying in the west, “Whiskey is for drinking, water is
for fighting over. According to the U.S. Drought Monitor, 80 percent of the state is experiencing some form of drought. The water shortage affects nearly 2.4 million Colorado residents, or 47 percent of the population.

The town of Beulah has recently declared water restrictions on its residents. Bill Wheeler, president of Beulah Water System cautions that further restrictions may be put in place if conditions warrant them. The restrictions limit households to 80 gallons of water per day. 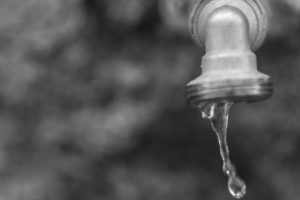 “This is the stage we’re at right now,” Wheeler said. “Depending on water usage and water availability, we might have to go a little farther than that — it would drop down to 60 gallons per household per day.” “These latest restrictions follow similar bans put in place in 2011 and 2002, when a debilitating drought caused the exhaustion of Beulah’s water supply and the trucking in of water for residents.”

The water crisis has hit home for Woodland Park, which years ago enacted an unprecedented tap allocation management system. Some facts about Woodland Park’s water use were outlined in the 2017 Woodland Park annual report.

According to the report, there were 30 water taps issued in 2016 and 57 in 2017. The report also states daily water usage in 2017 was 680,000 gallons per day, with a peak 7-day demand of 1.25 million gallons per day. Also according to the report, the city gets 36 percent of its water from shares, (shares are water allotments purchased by the city from sources outside the city i.e. water purchased from reservoirs like Twin Lakes near Leadville), and 64 percent of its water from city ground sources and wells. 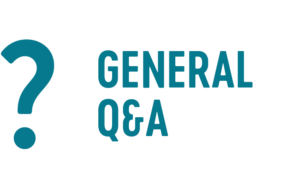 TMJ News: How many water taps have been issued this year?
Wiley: Ballpark about 24.

TMJ News: How many taps are left?
Wiley: Well, that’s not a simple answer because it depends on how much water we are developing. So currently, not all of our water supply is developed out. And currently, with the available water supply, we calculate about 700. As we develop more sources, more taps become available.

TMJ News: What water assets does the city own?
Wiley: The city, the water enterprise, is in control of all that. As you know the water and wastewater funds are different than city funds. They’re not based on taxes.

TMJ News: What is the water enterprise?
Wiley: It’s part of the city but it’s not funded by taxes.

TMJ News: What water resources is the city buying? Do we have contracts with suppliers?
Wiley: You don’t really buy a water resource. The city applies for water rights and obviously it costs money to apply for those through the state. They (the city) also owns water shares in reservoirs and those water shares have a yield of water every year. Depending on the snowpack and precipitation, those shares produce a yield per year and that yield will vary depending on conditions. And also, they have to be maintained, and part of being maintained is we pay an annual assessment for those shares and we pay the reservoir company to make sure that they are doing their job collecting and moving water appropriately.

TMJ News: And what are the reservoirs that we have shares in?
Wiley: Twin Lakes reservoir (near Leadville), Lake Henry, and Lake Meredith by Ordway.

TMJ News: Is there a backup plan in case our shares go so low we are in a pinch for water?
Wiley: There’s always a backup plan. When the shares aren’t large enough, which it never has been, they always produce some yield. When they don’t produce as much, we are always looking for water to purchase. We own shares in those reservoirs and canal companies and those shares produce our augmentation water. (Augmentation water refers to water sources outside the city assets.)

TMJ News: How much water is in a share?
Wiley: It varies depending on snowpack that is captured in the high country. On average you get 1 acre foot per share.

TMJ News: Approximately, how many shares do we have now?
Wiley: The amount of water in a share vary is according to the source. So we get 1 acre foot in one share from Twin Lakes.

TMJ News: Is it possible that our shares could be cut off if there was a prolonged drought?
Wiley: Our shares never get cut off. We always own those shares. It’s the production of those shares (amount per share). The production is controlled by the amount of precipitation and snowpack and then how water rights are allocated. The only thing that happens is in a dry year the yield (amount) is less on those shares.

TMJ News: How many total shares does the city have from all outside sources?
Wiley: 893.22 shares, all in different locations and with different water rights.  The yield (production of water) on shares varies by location and water rights.

TMJ News: What prospects does the city have for finding new water resources?
Wiley: That varies from year to year. It all depends on the conditions. It can be maybe a larger municipality that we purchase water from. Maybe it’s a private share holder. It varies.

TMJ News: So what is the backup plan if the drought continues?
Wiley: We are always one year away from our next drought. This year is drought. We have some water in storage this year. If we have another dry year then we’ll have to assess it.

TMJ News: Do we have any ground water in the form of wells?
Wiley: The city gets its water from three sources. The augmentation water, which I’ve been talking about, the reservoirs and the yield on those shares. And surface water and ground water.

TMJ News: Is the ground water level going down?
Wiley: It fluctuates depending on local precipitation. It goes up and down at different times of the year. It rained yesterday so I anticipate it will be high today.

TMJ News: Why do you think the commercial wells in Divide and Florissant closed to the public?
Wiley: I don’t think that is based on the water level in the wells. That’s based on Colorado water law and their ability to augment that water. Basically any water you use, surface water or ground water, you have to put back.

TMJ News: Explain how you put water back after it is used.
Wiley: We don’t pump water back into the ground. A certain percentage of the water is consumed. So think of it as, we use a source, people use that source. They also use our collection system and that water goes down the drain, we treat it and put it back to the creek. A portion of that water is consumed by your body, water that is used for outdoor watering. Those portions of water do not go back to the creek. Those are the portions that need to be replaced.

TMJ News: Could you explain how water consumed is replaced?
Wiley: Your augmentation water or your shares in a reservoir is water that can be used. It’s fully consumable and can be used one time and you don’t have to replace it. So local water, that water has to be replaced. We replace that via our collection system and our waste water treatment plant.

Interestingly, Woodland Park sits on the divide where half of our water flows to the Arkansas Basin and half flows to the South Platte Basin. Wiley explained, “That is why we have lift stations for our collection system to pump the water up and over the divide to our wastewater treatment plant. That way we can account for the water in the proper basin that we pull our water out of.”

Wiley closed with, “All of our water comes out of the South Platte Basin with the exception of our augmentation water. That comes from Twin Lakes, via the Homestake Pipeline, all the way from Buena Vista to Rampart Reservoir and also Catamount and we have a tap on the Colorado Springs Pipeline that we pull our water out of. And they convey it to us.”

Taking into consideration the city’s wells, surface water, and shares in outside sources, Woodland Park is in pretty good shape, according to Wiley and other officials. This doesn’t mean we can be wasteful. As noted by many water experts, the state is in a drought, officials maintain that “Water Wise” is still a responsible policy to follow.

And it keeps your water bill costs down.