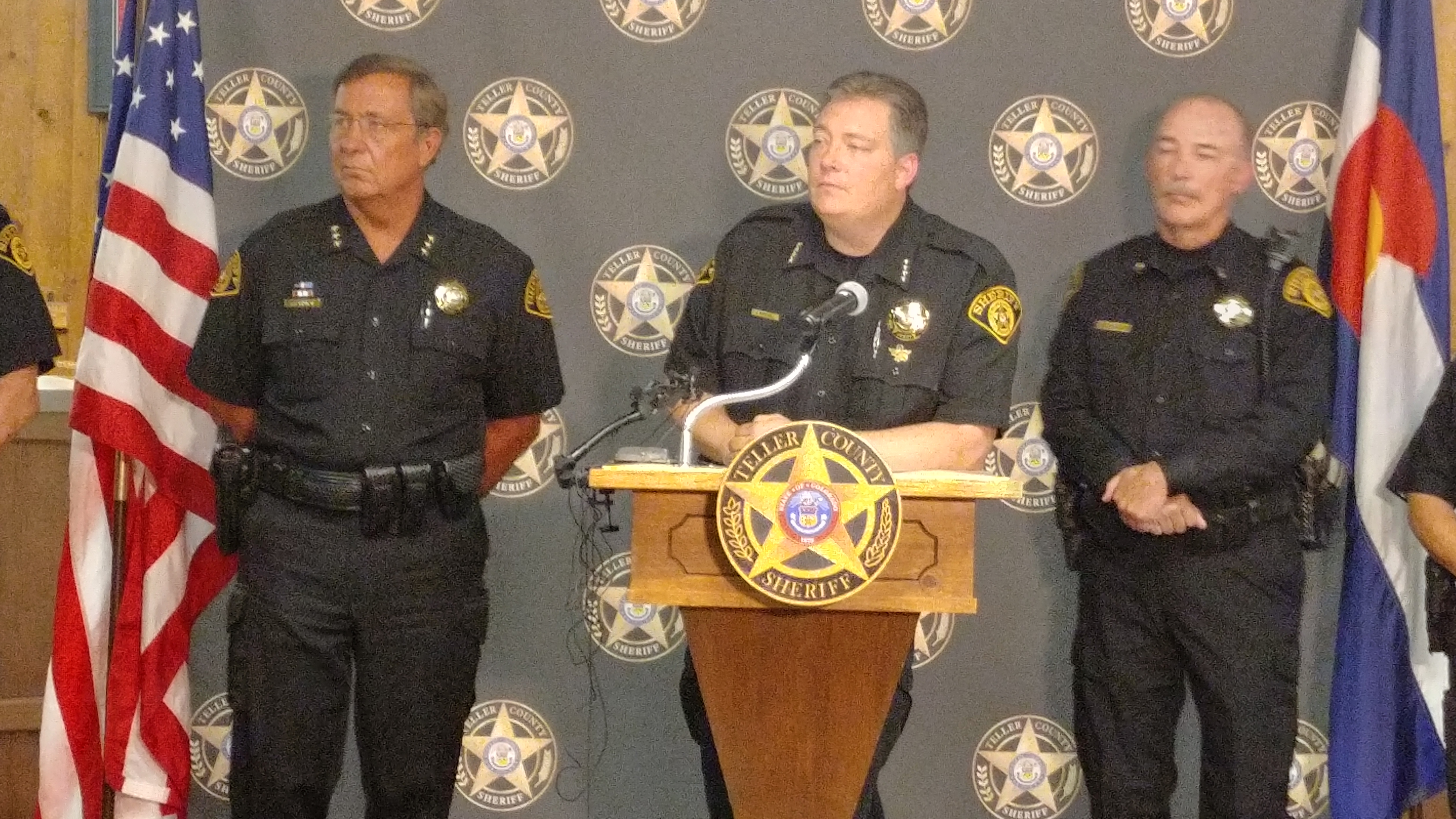 Teller County Sheriff Jason Mikesell says he doesn’t start a fight, unless he thinks he can win.

The sheriff may have quite a challenge in fulfilling this promise, touted under the tagline,“Today we fight. We fight for the protection of our community.”

The agency faces a high-stakes lawsuit with the American Civil Liberties Union (ALCU) pertaining to the nationally-charged issue of holding suspected undocumented immigrants, solely at the request of federal authorities.

In a press conference last week, Mikesell clearly stood by the agency’s decision to abide by the wishes of their federal partners, the U.S. Immigration and Customs Enforcement, or ICE, in holding immigrant inmates whom authorities believe are removable from the country.

“I have the authority in Colorado as a sheriff to protect my community and uphold the peace to the best of my abilities and I will not be dissuaded from that,” said Mikesell. “I will not allow a third party, such as the ACLU, to intervene in the protection of those that I love and the community I care about. This is not political. This is common sense.”

He noted that the Teller jail is a designated detention facility for ICE.  “These are not nice people,” stressed the sheriff, in explaining the ICE detainees they are requested to hold. “I am holding criminals.”

However, this stand is being fiercely challenged by the ACLU, which is arguing over a particular recent case. In their lawsuit, they claim an undocumented detainee of the jail was denied proper rights, over his alleged role in inadvertently taking a little more than $8 from a reserved slot machine in Cripple Creek. The immigrant suspect played $20 of money he deposited in the machine, and then used an extra $8.25 left in credits that he claimed he wasn’t aware of.

The case hinged on the extra detainment of Leonardo Canseco, who is only charged with two misdemeanors. “Mr. Canseco was arrested for an $8.25 misunderstanding, money in which he paid back,” blasted Mark Silverstein, the Colorado director of ACLU. The initial arrest was made by an officer of the Division of Gaming. He received another charge for presenting forged identification papers to the officer. After he was booked into the Teller County Jail, the sheriff’s department refused to let Canseco bond out for $800, at the request of ICE.  “Colorado sheriffs have no authority to enforce federal immigration law,” added Silverstein.

In their own counter press conference, ACLU officials fired bullet shots into the picture the Teller sheriff painted of ICE detainees as violent rapists, thieves and dangerous criminals. They also claimed that their stand, in challenging the demand to follow ICE detainer requests regardless of the circumstances, is supported by the Colorado Sheriffs of Colorado group. “If federal authorities present us with a warrant or other detainer, signed by a judge or a magistrate, we hold those persons for federal authorities to pick up. However, the courts have ruled that they have no authority to hold arrests on administrative holds that have not been reviewed and approved by federal judges or magistrates,” stated the sheriff’s group.

“The constitution is for everyone,” said Brendan Greene, of the Colorado Immigration Rights Coalition, during last week’s counter press conference.

The ACLU representatives have cited Mikesell and El Paso County Sheriff Bill Elder as two of the biggest law enforcement culprit leaders in not following the constitution in protecting the rights of immigrant inmates.

“It diminishes community trust,” said  Silverstein, in criticizing the stance of the Teller County Sheriff’s Department.

Over My Dead Body

The Teller sheriff presented a barrage of cases in Colorado where the early release of ICE requested holds resulted in serious crimes perpetuated by these same individuals at a later date. Several of these have involved highly publicized cases, such as the situation with Ever Andres Valles, who reportedly robbed and fatally shot a man at a light rail station, after the Denver County Jail didn’t follow the detainer request of ICE.

Moreover, the sheriff said Teller is not going to be forced  to become a sanctuary county for illegal immigrants. “Let me be clear, in cooperation with our county government, and standing shoulder to shoulder with my commissioners, we want to  make it clear that we shall protect our community and that we will not be forced into being a sanctuary county. We are prepared to stand the gap and we will not back down,” said the sheriff in concluding remarks.

In follow-up questions, the sheriff appeared quite strong in his defense of this stand and was not intimidated by a similar lawsuit in El Paso County, with a judge favoring the ACLU in this matter.

The sheriff’s stand is quite popular in local political circles. In many comments issued on social media, most respondent have favored the sheriff’s no nonsense attitude towards handling undocumented immigrants whom the feds want to remain in jail.

This first test of this defense will occur on Aug. 15, when Canseco makes a court appearance in Colorado Springs.

*To review the full press conference conducted by the sheriff’s department and by the ACLU, visit Mountain Jackpot Facebook or www.mounntainjackpot.com.

Teller County Sheriff Mikesell's Press conference that took place on Friday 7/27 at 2 pm in Woodland Park City Hall. The Sheriff makes a statement in regards to the recent lawsuit that was filed against the Sheriff's office by the ACLU of Colorado. ACLU Sues Teller County Sheriff for Illegally Holding Prisoner Leonardo Canseco for ICE. Photo of Canseco in comments on TMJ News FB page.