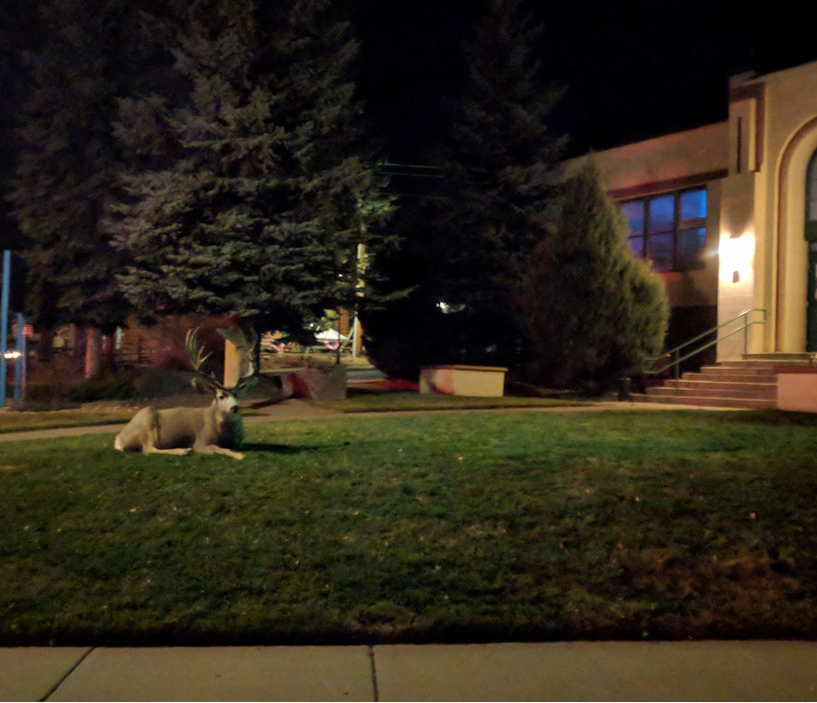 This issue of deer overpopulation in the city limits in Woodland Park has been discussed in the past and solutions range from sterilization of deer to an open season by hunters to cull the herds.
The topic continues to gain traction, with no easy solutions.  But the problems associated with too many deer continue to increase, with a future public meeting planned for Aug. 14.

At a recent Woodland Park City Council session, Parks and Wildlife Officer Tim
Kroenig gave a presentation on the issue that has stirred mixed opinions. Kroenig has been conducting surveys in the city to determine approximate deer populations, the locations of deer in the city, and possible solutions to the problem. Some of the side effects can include a big hike in mountain lion attacks, an increase in traffic crashes and potential health woes for residents.

He noted a particularly high number of does in the area are having twin, and even triplet fawns that survive. He said, “It is extremely common to see twin fawns in this area.” 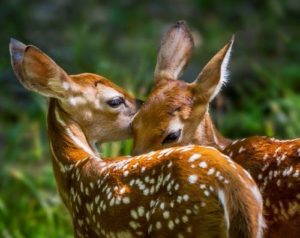 Kroenig identified several problems with the deer in the city including; deer/vehicle accidents, deer eating decorative plants and gardens, disease, predators like mountain lions following deer into the city, feeding deer by residents, and deer feces in yards.

According to Kroenig, with the cooperation with the city police department, there have been 95 incidents where deer were hit by cars from June of 2017 to June of 2018. He noted a rise in complaints of deer eating expensive landscaping and plants and bucks rubbing antlers on trees stripping the bark and killing the trees.
He also explained deer droppings are “not a trivial matter.”  He sighted one man in town who was filling up grocery with deer droppings once a week.

Kroenig said reports of mountain lions in Woodland Park are on the rise. There were two reports in 2015, one in 2016, 11 in 2017, and three so far in 2018. The problem as Kroenig described it is, with the abundance of natural prey, mountain lions are more likely to stick around and exploit the prey base, but can also endanger humans and pets.

Moreover, some Woodland Park deer have tested positive for Chronic Wasting Disease, a highly contagious illness, which affects the deer’s central nervous system and is always fatal to the infected animals. Humans cannot contract the disease by coming into contact with the animals. 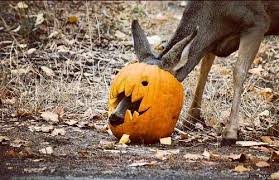 Bottom line according to Kroenig is, there are just too many deer in Woodland Park. He wants to collaborate with the city to find solutions to the problem. He said, “Whatever is implemented we want to see if it is effective. We don’t want to waste anyone’s time on something
that is ineffective. I think it would be great to see a management
plan here in Woodland Park.”

Kroenig then went on to describe some proposals put forth, the
effectiveness of each, and what is downright unrealistic. Some of these include the following:

*Fertility control he says is expensive and ineffective. He said, “It costs a lot of time, money, and effort, so it is really not an option.” Cost per deer to do this is estimated from $400 – $600.

*Sterilization is even more costly and is ineffective for basically the same reasons as fertility control. Cost or this option is from $800 – $1000 per deer.

*Trap and relocate. This, explained Kroenig is just unrealistic for the city. The problem of Chronic Wasting Disease would only spread the illness to herds currently not affected. Chronic Wasting Disease can only be diagnosed in deer that have already died from the disease.
Parks and Wildlife would not allow this option to be undertaken and
the cost would be from $400 – $3000 per deer even if it could be done.

*Trap and euthanize. This is also unrealistic. This option does not fare well with the public, is inhuman, is also expensive and time consuming, according to Kroenig. Estimated cost per deer, $300 – $500. So what are some acceptable and affordable options?

According to Kroenig there are two options to address the deer crisis.

Option one is hiring sharp shooters to cull the deer. This does come with a hefty price tag. Estimates are from $600 -$1000 per deer. A possible lower cost way of doing this would be to have local police handle the culling.

Option  two would be regulated hunting. This option would cost little to nothing for the city.

Towards the end of Kroenig’s presentation Mayor Neil Levy suggested Parks and Wildlife meet with representatives from the community, the police, and city government to hash out solutions to the deer problem. Kroenig agreed and pointed to Colorado Springs as an example. He said, “What Colorado Springs has done is put together a task force and are going through meetings and coming up with solutions. Colorado Springs has put out calls for estimates to cull deer and those costs are what I have presented here. The results are that to hire professionals to cull the deer would cost around $100,000, but they are continuing to
work on a solution and will have something set soon.”

Kroenig closed with the announcement that there will be a public meeting on the deer issue on August 14 at the Ute PassCultural Center in Woodland Park, from 6-8pm.