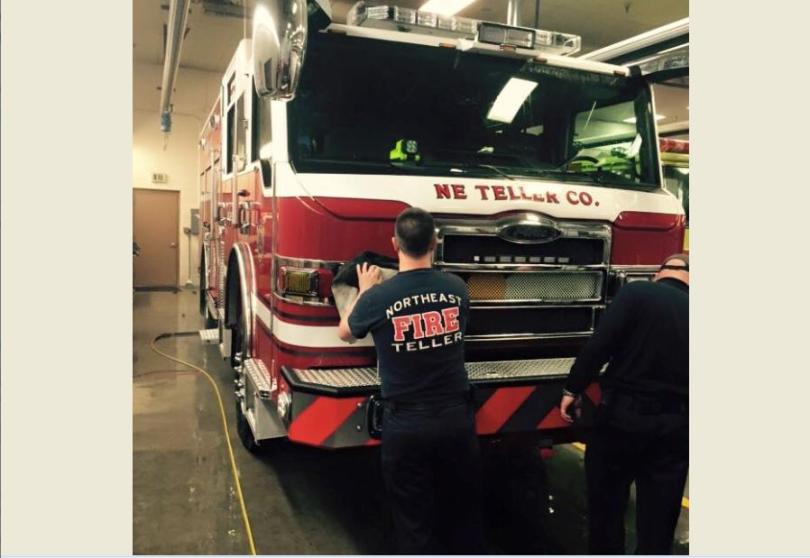 In a surprising political development, Jim Ignatius, a key veteran board leader of the Northeast Teller Fire Protection District (NETCO)  for the last decade, has called it quits.


The resignation took some officials for a jolt, considering Ignatius was re-elected to the board this past May.

Board Chairman, Mike Sperry read Ignatius’ resignation letter. It stated, “Dear Chief Lambert, board of directors, I have changed my ownership in my commercial building and am sorry to say that I have been advised that… I am no longer an eligible elector and must resign my position on the board of directors effective today. It has truly been an honor to serve in this great organization, I would be happy to assist in any way over the coming months with issues regarding budgeting or policy if needed. Continue your good work and thank you for allowing me to part of Northeast Teller County Fire Protection District.”

Ignatius served as chairman of the board for NETCO since 2010. He also
served as Teller County commissioner for 10 years and was chairman of that
board for seven years. He played a big role in the fiscal and leadership direction of the fire department during his stint with NETCO.

With Ignatius’ resignation, the board opened discussion on how to fill the empty seat on the board. Sperry began the discussion stating, “Vacancies on the board have been filled a number of ways over the years; appointment, recent elections results. Chief Lambert noted that the board has 60 days to fill the seat or the appointment goes to county commissioners. Lambert then affirmed it is up to the board as to how they want to do it.


Picking a successor to Ignatius
Board member Donny Rickert suggested the board appoint the person who received the next highest vote count in last May’s election. He reasoned, “The job’s been posted, they’ve been vetted through the secretary of state as eligible and I don’t see any reason why we

shouldn’t do that.”
He pointed to the appointment of board member Shirley Douthit as precedent for this. The next highest vote getter in last May’s election was Larry Russell.
Rickert’s suggestion prompted a lively discussion among board members
and those in attendance.

According to many reports, the fire board election last May was ripe with controversy. It was also the most expensive in terms of money spent on a fire district board election.

The Teller County Republicans spent a lot of money opposing the candidates endorsed by the firefighters union and visa versa.

Mike Galvin, who served as a volunteer with NETCO since he was 14 years old, and now works as a firefighter for another district, wanted to hear from Russell, who was in attendance, as to  his qualifications. Russell responded, “I live here in Woodland Park. I started my career in the army as a critical care nurse. I have been a business owner for 15 years. I own two businesses. I oversee about $6 million dollars a year in budgets, and I have friends on the fire department so that is what part of my initial interest was. I’m fortunate that I’m at that age where I have time on my hands and I’m looking for way to give back, and I saw an opportunity here and that is where my interest lies.”

An unidentified man in the audience chimed in, “If Jim (Ignatius) had not run, Larry (Russell) would be sitting on that board and I think that’s the way it should be.”

Board Member Kip Wiley brought up the fact that all three of the runners up in the election were only separated by one vote and that a recount would have been held had one of them  been elected instead of Ignatius. He went on to say, “The other two (runners up) may want that
position too.”

Tony Perry, president of Park State Bank & Trust, said he did not think precedent had been set when Douthit was appointed to the board. At the same time, he urged the board leaders to put politics aside.
“I think the situation we have here is one where, it was a highly contentious election,” said Perry
“A lot of vitriol which was unfortunate for our community. The concern is, given the vitriolic nature of the politics, if I was a board member, I would ask the question, ‘Why not Larry?’ I can’t answer that question. Forget the politics, forget the union thing, and forget the Republican thing. You need a fifth member of the board. It is never a negative thing to have an alternate voice. It creates good dialogue, it makes everyone better if it’s done in a positive, productive, and proactive way. If you can’t answer the question, ‘Why not Larry?’ then I suggest you appoint him.”

Perry went on to say, this board has serious budget issues to deal with and the board does not need another black eye with the community.

After a motion to appoint Russell was made and seconded, the board voted unanimously in favor of appointing Russell.