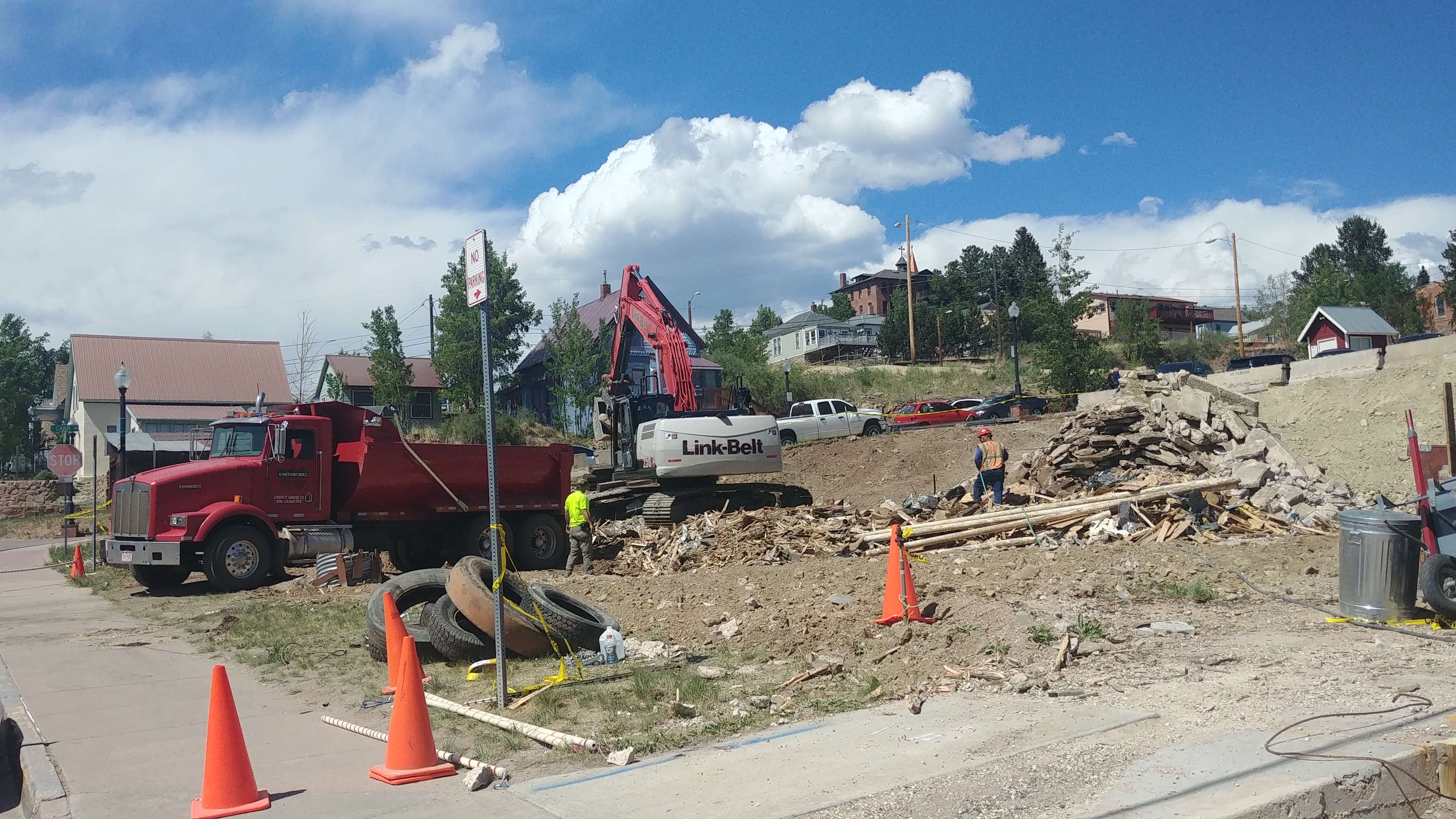 Even with the threat of a pending lawsuit, the Bronco Billy’s $100 million casino/hotel expansion, the most ambitious effort proposed in recent history in Cripple Creek, has nearly scaled all local hurdles and is displaying no signs of a retreat.

Last week, Full House Resorts, the owners of Bronco Billy’s, was granted a vacation of Second Street and an adjacent alley. The only condition placed on Full House dealt with the final okay of a recently submitted development plan.

Also last week, the old Gold Rush Palladium was demolished, further proof that Full House is fully committed to their project. This demo work was permitted through the approval processes granted to Billy’s and was necessary for the project to progress.

The end of the Palladium, though, represents the close of a previous era, and one that hit some rocky times. The Palladium was started in 2000, and its heyday, hosted some great nostalgic stellar rock ‘n roll and country acts, such as Little Feat, The

Starship, Blood Sweat and Tears and Stephen Stills, and even featured some highly celebrated special events and showcased outdoor movies. It could seat nearly 1,000 people and boasted a reputation as one of the highest amphitheaters in the world. In addition, the facility sported ideal acoustics and offered a rare atmosphere for outdoor venues in the high country. Oddly enough, it was developed from a failed swimming pool venture that once left a huge hole behind the old Gold Rush.

But with the demise of the former Gold Rush, the Palladium was shut down and encountered much deterioration.  Plans were mulled by several operators to revamp the facility, but never really progressed. The condition of the Palladium and many of the seats had greatly deteriorated during the last 10 years, according to city officials.  It had not been used for some time but was always touted as a facility with great potential. But the price tag of resurrecting this facility also posed major question marks. In many ways, its destruction represents the price of progress for Cripple Creek’s next era of development, according to proponents of the new hotel/expansion. Still, many locals revered the memory of the Palladium.

The CC Council voted 4-0 to approve the final reading of the ordinance that officially vacated a key portion of Second Street and an adjacent alley to make room for Billy’s expansion project. However, under this vote, if the council doesn’t agree with the recently submitted development plan, then this action could become rescinded.

But Community Development Director Bill Gray didn’t see any problems with the development plan, which outlines the specific responsibilities of the applicant and city. He said his office just needs more time to review the plan.

Last week marked the last regulatory action for the Bronco Billy’s redevelopment proposal, capped by plans for a 200-room hotel with a spree of amenities, a mega parking garage and surface lots. Once again, the the council room featured proponents and critics of the project, but no public comments were made. 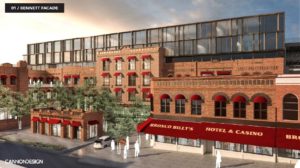 Following last week’s meeting, Dan Lee, chief executive officer of Full House Resorts, stated that their company plans to fully pursue the project, despite a recent lawsuit. “That is just a delay tactic,” said Lee, who doesn’t see any merits to the complaint. The Triple Crown Casinos, which currently is the biggest operator in town, has challenged the development’s approved designation as a project of special merit. They have cited a “Colorado Rules of Civil Procedure” action, according to a press release. They argue that the council’s decision exempts Bronco Billy’s from historic guidelines and rules that other casinos have followed for 25-plus years.

City officials and Full House owners, though, disagree with this opinion.

“We have followed all the rules,” said Lee. Even though no casino has sought a project of special merit designation, he argues that this option is available through the city’s codes.

Moreover, he said the company plans to soon start the first phase of the project, dealing with the parking garage.

In the earlier years of gaming, some proposed developments mulled this idea of a project of special merit, including one plan to possibly resurrect the original National Hotel, but these were never pursued. Bronco Billy’s was the first active casino operator to explore the special project designation, which allows them more leeway in abiding by current historic preservation rules, based on what their development will provide for the town in return.

Critics, though, contend that this is setting the stage for an unfair playing field.