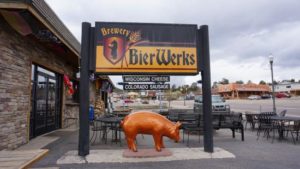 
The contentious battle over a plot of land on Woodland Station in downtown Woodland Park between Arden Weatherford (owner of BierWerks Brewery and the DDA (Downtown Development Authority) has been playing out in the El Paso Combined Court in Colorado Springs since May 21. 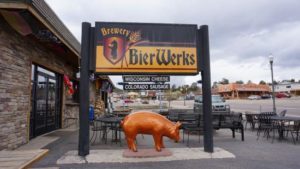 A decision is expected this summer, and it could play a huge role in determining the future of Woodland Station, the main anchor project area of the Woodland Park Downtown Development Authority.

This case has a long and confusing history.

The plaintiff, Weatherford, contends that the DDA is in breach of contract on the land he claims he should have been given title to, as part of plans to construct a European-style beer garden area and a multi-use housing development.


Weatherford’s lawsuit contends that the DDA was supposed to give his group title to property at Woodland Station in exchange for his role in purchasing the adjacent Amerigas property and removing the hazardous old gas tanks from the site. On September 12, 2013, Weatherford bought the Amerigas property and the tanks were removed by October 8, 2013.


However, the DDA did not deliver the land.

On January 11, 2016 Weatherford hand delivered a notice of default to then executive director of the DDA, Brian Fleer, who has since resigned and moved out of the area. The default letter claims that the


DDA failed to deliver title of Parcel #1 of Lot #2 at Woodland Station as agreed. The default letter also says that the DDA stalled the developer’s efforts to legally subdivide the property as required by repeatedly tabling discussion of the subject.


A few days later, on January 15, the DDA presented a letter of default to Weatherford, claiming that he had failed to move forward with developing Woodland Station in a timely or contractual manner. They gave him the opportunity to cure the situation before his contract would be terminated.


Then on March 7, 2016, the DDA notified Weatherford that his 2013 disposition and development contract with them was null and void. The DDA says it ended the contract due to Weatherford’s failure to perform. DDA Treasurer, Tanner Coy, alleges that Weatherford and his partners failed to get an approved development plan from the city for Woodland Station and failed to produce evidence of approved financing.


The dispute was scheduled to go to court in Teller County in March of 2018, but a series of delays prevented the quick resolution of the matter.


It has been a roller coaster ride for both the DDA and Weatherford since the lawsuit was filed in 2016.

Both sides have tried to come up with an out-of-court settlement, but these efforts have fallen short. 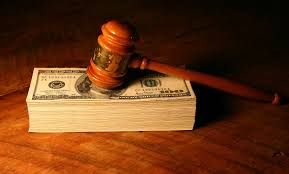 One delay involved just who the judge would be to hear the case. The first judge was reassigned to another district; judge number two, Lin Billings Vela, recused herself because of a distant and vague association with the plaintiff. Finally the case was assigned to 6th Judicial District Judge Gregory G. Lyman. The next stumbling block involved a delay in determining whether the case would be heard in Teller County or El Paso County. Further delays occurred as the plaintiff requested more time to bring in more witnesses.


Finally, the witnesses were selected, a judge was assigned, and the location for the hearing was moved from Teller to El Paso Combined Court in Colorado Springs. The trial began on May 21st and is still ongoing.


Originally the trial was expected to last no more than 10 days, but with the Memorial Day holiday, testimony, and cross examining of witnesses took longer than expected.

According to a TMJ source, Weatherford himself was on the stand testifying for three full days.


As of the conclusion of court on May 31st, the trial has been extended to allow for further testimony by witnesses on both sides, but not until June 13th, further adding to the suspense and a final verdict. 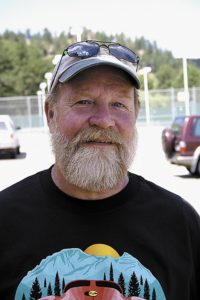 One surprising person who wasn’t called to testify was Steve Randolph. Randolph was mayor of Woodland Park when the dispute over Woodland Station began, and is reportedly, a partner of Weatherford’s in the BierWerks, according to certain sources. Randolph was previously involved in negotiations with DDA member Al Born over the removal of large piles of dirt on the Woodland Station property.

Randolph was initially subpoenaed as a witness for the plaintiff, but was excused.


Once the testimony is complete, the judge will ask for a “proposed findings of facts and conclusions of law” from each of the parties.


After that, the judge will then render a final verdict.