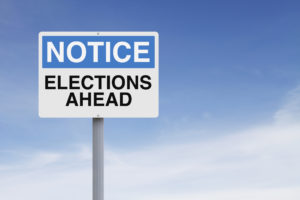 The official election for 2018 is slated for November, and that verdict will determine many county elected seats, along with key state and national positions.

But for Teller County, the real showdown is in June during the primary contests. With the strength of the local Republican Party, whoever prevails in the GOP primary is almost a certain winner in November. Ballots will be mailed out to registered voters in early June.

This year the only county seat that has more than one person on the ballot is for the County Commissioner, District Two spot. Carl Andersen and Bob Campbell are both running as Republican candidates and will appear on the GOP primary ballot. No Democrats have challenged this seat for years.

However, the primaries have a real wildcard element this year.

It used to be that in order to vote in the Republican primaries, a person had to be registered to vote as a GOP member, and the same scenario applied with Democrats, But the laws changed in the 2016 state election, allowing voters who are unaffiliated to still partake in the primary contests, as long as they just pick which primary that want to vote in. This means that any registered voter not affiliated with either the Republican or Democratic Party can cast tallies in one of the political primaries. The person just needs to pick one of the party primaries; they can’t vote in both of them. If they do that, their vote will be thrown out. For more information, visit the UChooseCo campaign information on the Secretary of State website. 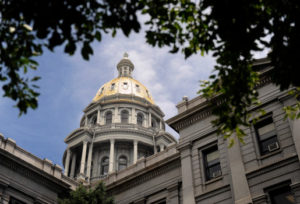 “The voters have spoken,” said Colorado Secretary of State Wayne Williams, in describing the new primary expansion rules, and who has launched a campaign to allow unaffiliated voters to partake in the primaries. “It’s the job of election officials to implement their (the voters of Colorado) will as best we can.”

Many voters may still not think that they can vote in the Republican primaries, but that’s not the case anymore.  That’s a big unknown factor in Teller County, as a large number of voters aren’t affiliated with either of the major parties.

This year, voters will pick candidates for a bevy of county races, along with the governor, Colorado’s5th Congressional District and a number of state legislative seats. Ballots will be mailed out on June 4.

This week, we take a look at the two GOP candidates for County Commissioner, District Two: Carl Andersen and Bob Campbell.  They are both well-known in the local community. Stay tuned for more political updates in TMJ News and on our website at www.mountainjackpot.com.