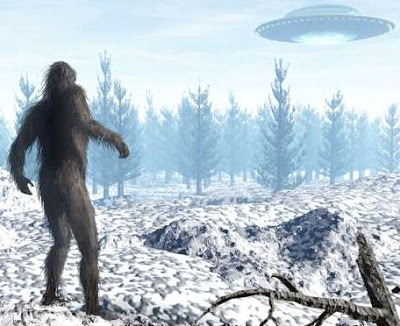 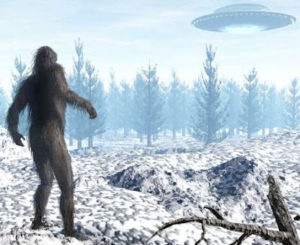 When a group of special experts and investigators–dedicated to the discoveries of rare other-worldly encounters and creatures–chose the Sallie Bush Community Center in Green Mountain Falls as the location for their second Mile High Mystery Conference, they had no clue of the town’s history with bigfoot.

After they decided to hold their conference in the small mountain town, they realized that the community was not new to Sasquatch encounters.

Green Mountain Falls is actually known nationally for its documented bigfoot sightings. Many in the field consider the town an area with large amounts of bigfoot activity. It all started in 1989 when the television series “Unsolved Mysteries” came into the small community and did a segment on bigfoot.

The television show was brought to the area after several people saw many signs of a large, mysterious creature. Dan Masias and his son first reported noticing several large human-like footprints around their cabin. He and his son then stayed up late one night to see if they could see anything, and they claim to have seen two large ape-like creatures. Once he started talking about what he and his son had seen, other people in the area had similar stories. Then, a cabin was broke into and footprints along with hair that had both human and chimpanzee characteristics were found in the region.

In the last few decades, Sasquatch hunting and investigating has attracted thousands of enthusiasts from across the world. The inaugural Mile High Mystery Conference was first held last October and was put on by a group of bigfoot investigators. The group’s second conference was held in Green Mountain Falls, Saturday, and Sunday, May 5th and 6th.

The event was hosted by Jim Myers, who is the owner of the Sasquatch Outpost located in Bailey.

He ran the show for the weekend introducing nine other guest speakers who stood up and discussed their experiences. About half of the speakers talked about Sasquatch related stories and encounters. However, the other half of the speakers shared their knowledge on other mysteries such as UFOs and missing people. Many of these tales have gained more prominence in the Southwest region of the country. Bigfoot stories, meanwhile, are more predominant in the Pacific Northwest, but Colorado is becoming a source for more discoveries.

The first night on Friday featured two guest speakers, Dennis Pfol and Scott Nelson, both with different perspectives of their bigfoot-related experiences. Colorado resident Dennis Pfol began working with the Bigfoot Field Research Organization when he and his family saw giant footprints near a lake in northern Colorado.

Pfol spent most of his time talking about his work with the Erikson Project in 2007 where a team of investigators spent five years near a family of sasquatch and were able to gather video and audio evidence along with blood samples. Pfol showed videos they took during the project and he described his personal experiences.

Scott Nelson has a background of being a linguist in the Navy. He has been a part of a number of investigation projects studying the language of the mysterious creatures. Nelson told the crowd a story of how he had once woken up, got out of his tent, and seen that his horse had been picked up and stuck upside down in between two trees while on a camping/investigating trip in northern California.

Attendees of the conference came from across the country, many with their own stories to tell. One spectator, local resident Jason Frank, has been involved in the hunting and investigating of the Sasquatch for several years now. It all started when Frank was turkey hunting near Cripple Creek when he found several large, human-like footprints. He then started reaching out to others like Dennis Pfol and went out on several investigation trips.

According to Frank, he has personally seen bigfoot creatures several times. He said that usually the creatures are benign but that every once in a while they can be aggressive. “One time I saw one reach into my tent, then urinate on my tent,” Frank recalled. “It was terrifying!”

The remainder of the conference on Saturday and Sunday hosted other types of speakers telling about the mysteries they have spent their time investigating. Linda Moulton Howe has written several books and has been on national television broadcasts talking about her research done on aliens and animal mutilations. 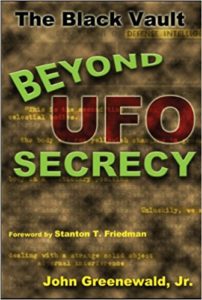 John Greenewald published a book called “Beyond UFO Secrecy” and has been on various television shows discussing his research with government cover-ups. Other speakers talked about their research and investigation work with various missing people cases.

It is estimated that more than 25 percent of the population do believe in the existence of UFO’s or other-worldly visitors.