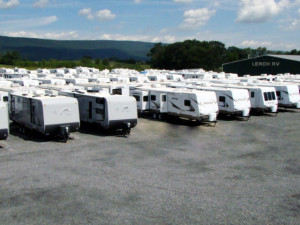 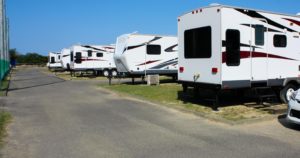 
A large crowd of concerned citizens jammed the Woodland Park Planning Commission meeting room last week to express their concerns about zoning regulation changes that will allow for the sale, storage, and rental of recreational vehicles (RVs) and trailers in certain areas of the city.


The ordinance (1324), is designed to fill in gaps in present zoning regulations. According to the background statement of the proposal, “The storage of recreational vehicles (RVs) is a use that was not originally, and is still not itemized within the use table, nor is it addressed anywhere else in the zoning regulations.” The ordinance proposes to, “amend the current code to formally itemize RV (and similar) storage uses by specifically allowing this use as an outright permitted use in the seven parcels zoned service commercial and 17 parcels zoned heavy service commercial/light industrial.”


One of the proposed changes will add the sale of new or used cars, trailers, RVs, light trucks, motorcycles, OHVs, ATVs, snowmobiles, to areas in the city currently zoned heavy service commercial/light industrial. These activities are not currently allowed in that zoning. However, they are allowed in other commercially zoned areas on a permit basis. A new addition to the zoning codes will allow, by permit, storage or rental of cars, trailers, RVs, light trucks, motorcycles, OHV, ATV, snowmobiles, and boats. The main conditions are that “all outside uses shall be screened from public view by an approved fence or other approved buffering,” and  “outside uses shall exclude storage or rental of damaged or junk goods of any kind,” in areas zoned service commercial, heavy service commercial/light industrial and planned unit development. 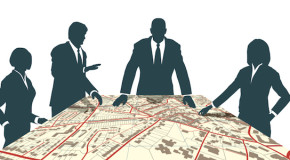 The proposed zoning changes ignited the ire of many residents who attended last week’s meeting.

Citizens who spoke in opposition to the proposed ordinance cited concerns over property devaluation, unsightly views of stored RVs, and questioned the need for such businesses in town. One person pointed to the RV storage lot just east of town on Hwy. 24 (Leggett’s) as an example of what it will look like if approved. The resident noted the fence around Leggett’s does not shield the lot from public view, and that if an RV storage lot were to be put in an area like the old Saddle Club property near Safeway, that the elevation of Hwy. 24 would make the interior of the lot fully exposed to public view even with a fence.


Adding to the firestorm of discontent, it was noted that under current zoning regulations, private property owners are not allowed to have two or more RVs, boats, or trailers on their property without being designated an “RV park.”

This raised the hackles of everyone present including Commission Chairman, Jon DeVaux.


After hearing the concerns of residents, the commission decided that the issue needs further review and tabled the matter until a workshop could be convened.