The lady Panthers had a rough start losing their first three games, but have rebounded recently and picked up a couple of “w”s. Their current record is 2-3-1 overall with a league record of 1-0-1. The girls are keeping their playoff hopes alive, with a decent league record without a single loss thus far.

Last week, the girls, headed by first-year Coach Daniel Ganoza, played three games and are scheduled to play two next week. Last Tuesday, the girls went down to Mesa Ridge High School and played a tough defensive game. The two teams battled hard but neither team was able to get a ball into the goalie. The lady Panthers’ league match ended in a 0-0 tie.

On April 5, the girls played a home match against the Harrison Lady Panthers. The WP girls played a good game and were able to shut out the team with their same name 5-0. Hopefully, the girls can continue their streak of playing better into next week. 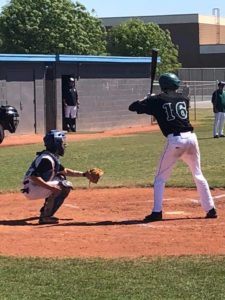 The Panther baseball team’s 2018 season has already experienced plenty of ups and downs.

However, their record is currently better than that of the Colorado Rockies. Currently, the Panther boys have a 6-4 overall record and are 1-0 in their league competition on the diamond.

Their season started out a little rough. Then, the team went to Arizona for a tournament in which they posted a.500 mark. The Arizona sun must have done them some good.  Starting March 29, the boys won four games in a row to improve their prospects. The last game of their winning streak, they went to Harrison High School and beat the city Panthers by a whopping 17-0!

Last Saturday, they traveled up to Golden, Co and lost by a score of 7-2.