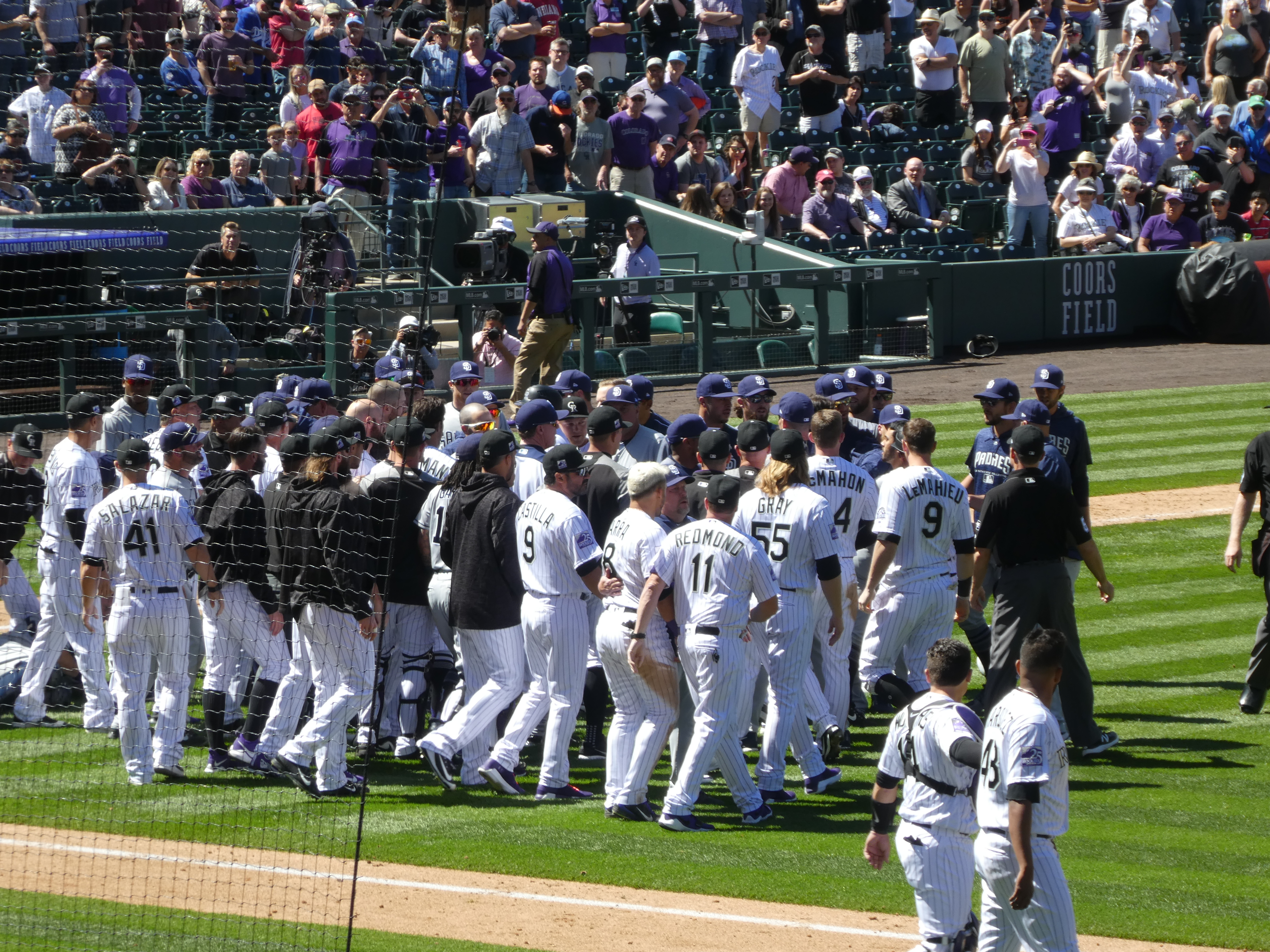 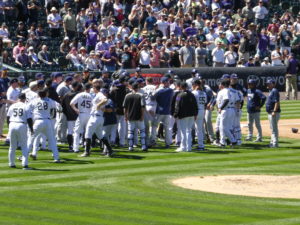 Nope, this isn’t a scene from a Woodland Park City Council meeting. Nope, this isn’t a scene from a Woodland Park City Council meeting. Wednesday’s Colorado Rockies game against the San Diego Padres erupted into an all-out brawl over an apparent wild pitch thrown at third baseman Nolan Arenado of the Rockies by San Diego pitcher Luis Perdomo. .Both benches emptied and chaos and punches reigned for more than five minutes. The fans, including this particular writer and Rockies fan, loved the fracas and gave Nolan a standing ovation. Altogether, five players were thrown out of the game, including Arenado. Regardless, the brawl sparked the Rockies who scored five runs in the third inning to pretty much clinch the victory. They won the game by a 6-4 margin. The fight may have sparked a definite feud between the two National League West rivals, who plain and simply, don’t like each other too much. Already, in 2018, San Diego and Colorado have squared off seven times. Suspensions are definitely pending from last week’s brawl.  No awards have been determined, tough, for the best puncher.  Photo and caption by Rick Langenberg