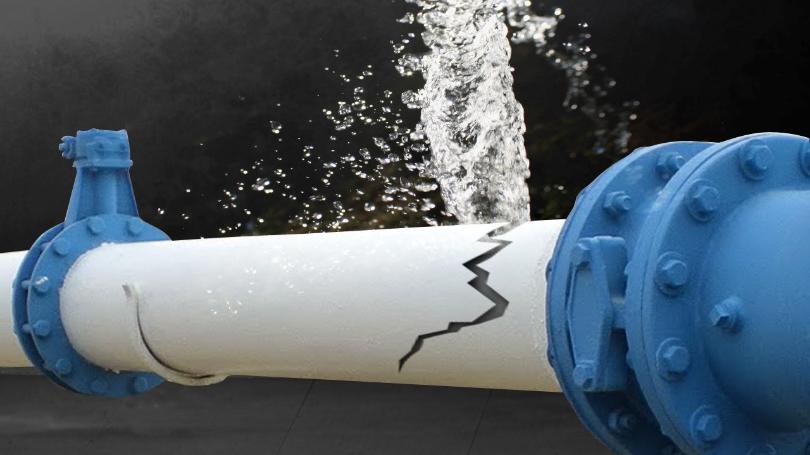 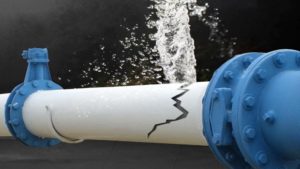 – by Bob Volpe-
Talk about bad timing for infrastructure mishaps.
A swarm of two water line breaks, and one scheduled repair on a sewer line on Hwy. 24 downtown, occurred within a very short time last week, creating much confusion.
Luckily,the outages didn’t affect that many residents.But the breaks and sudden repairs still raised many questions.

On Feb. 25, a line on Peak View in the Forest Edge subdivision broke cutting service to several residences. The break occurred in an old iron main supply pipeline. According to Utilities Director Kip Wiley, that is typical for that type of pipe. He said, “It’s always in the winter because of the frost in the ground. It puts pressure on the pipe. It could be a rock that rubs against the pipe and finally breaks through. It could be a number of things.” Several homes were without water for a short period of time.

The second break occurred on Feb. 26 on Regent by the golf course. It was on a PVC water line. Wiley noted, “It wasn’t the actual PVC pipe that broke, it was the tapping mechanism that provides
service to the houses that broke.” Only four homes were without water for a time during that incident.

The traffic snarling repair that took place on Hwy 24 last Monday was a scheduled fix-up of a main sanitary sewer line. That incident was a CDOT project. City utilities were on hand to assist CDOT to help
get it fixed. Wiley explained, “The damage was caused when the HAWK project lights were installed.”
Apparently, when the hole was bored to nstall the electrical conduit for the HAWK system the drilling broke through the top of the sewer line. No sewer service to any businesses on Hwy. 24 was affected during that repair. The only inconvenience was the highway being temporarily rerouted.

CDOT subs out the installation of that work, so the responsible party was the contractor who did the installation. Wiley was not sure if the contactor would be charged for the damage. Wiley said, “All I
know is we don’t have to pay for it.”

Wiley praised the city utilities personnel for their fast response to the breaks. He said, “That’s the nice thing about living in a small town. We can actually respond and get those fixed. We don’t have to
contract that kind of work out. We have the right kind of equipment, the right number of people so we can get that done. It makes it very convenient for our customers.”

It should be noted that because the city workers who take their work vehicles home with them, they were able to respond quickly to the incident and turn the water off before further damage could occur.