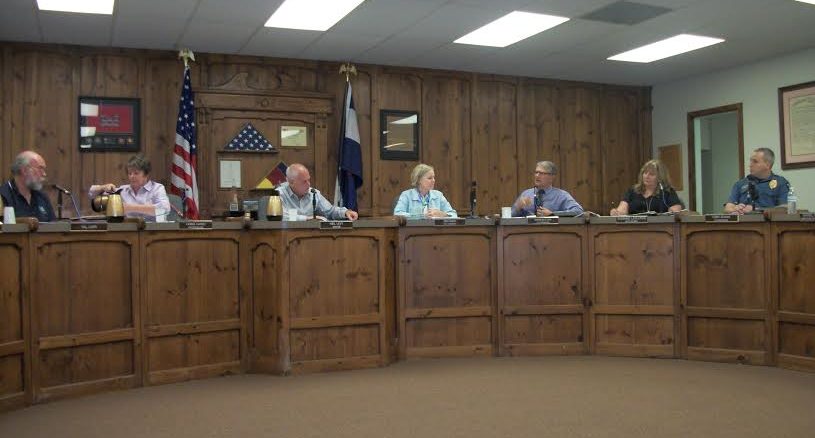 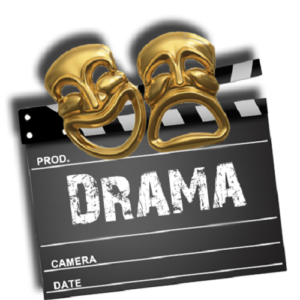 ~ by Bob  Volpe ~
Last week’s regular meeting of the WP City Council started much like many others, capped by a law enforcement-enhancing ceremony.
The meeting began with a presentation by Shield 616, an organization that supplies police with free high tech protective gear. The organization donated 6 Woodland Park police with a package of  bullet proof vests, helmets and a variety of personal protection gear.

As the meeting progressed through the usual reading and voting on ordinances, this session would take on a much different tone.

Council meetings end with reports from the mayor, individual council members, the city manager, and city attorney. These reports are generally updates and notifications of upcoming events and status
reports of local civic organizations like Main Street and the DDA (downtown development authority).

This night would not end in the usual innocuous manner. On this night, the heat of a pending election would rear its ugly head as accusations of misconduct were levied against mayoral candidate Val Carr by councilman Noel Sawyer.

Sawyer read a laundry list of indiscretions he said Carr is guilty of.

Sawyer’s attack began with an incident that occurred when council began its search for a new city manager. Council decided on posting the job offer on several internet search engines. Carr wanted to post the job on Indeed.com, a site he has an account with. Carr posted the listing without the approval of the rest of council and drew the ire of Mayor Pro Tem Carrol Harvey, Mayor Neil Levy and Sawyer for overstepping his authority.

Levy sent Carr an email berating him for this action. It read, “I believe your actions to be totally inappropriate and recommend that you remove the post ASAP. Can you imagine if everyone else on council took the same approach?” Levy asked that Carr apologize to the council
and City Clerk Suzanne Leclercq.
Mayoral Candidate Defends Actions
Carr offered an apology and stated he was just trying to help. He said, “I have felt very bad for her (Leclercq) taking point on point and all the extra pressure she has on her with everything right now,
which is why I tried to help.”
He then took a shot at the mayor and council, “I know most of council has little to no interest in helping out a few of us who seem to participate.” He concluded stating he had no ill intent and was hurt that his action was perceived as such.

Sawyer also attacked Carr on a questionnaire that was circulated shortly before the certification of all the candidates running in this April’s election.

At this point in the meeting, several Carr supporters walked out of council chambers in protest of Sawyer’s attack. One protester shouted, “This is a joke” as Mayor Levy pounded the gavel to try and regain order. As the brouhaha went on spectators sat intently like movie-goers eating popcorn waiting to see when the next victim would be dispatched.

After Sawyer’s litany of charges was read, Carr read a statement, “I’m not sure of every allegation that Carrol and Noel howled about but I get the gist of it. Basically there were allegations that I spoke and acted ‘out of school’. But that is only if one accepts Carrol and Noel’s ‘unwritten rules of decorum’. I don’t accept them.” 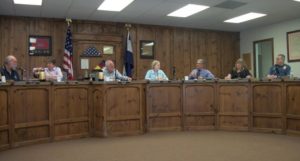 He then went on to accuse the ‘liberal majority’ of council members of trying to stack the deck by hiring another ‘career government employee’ and of making up rules by the ‘liberal members to stifle debate and transparency’.

Carr concluded his statement saying, “So. Did I do all those things Carrol and Noel howled about? Again I’m not sure I heard them all. They did rush over to give their essays to the press, but alas they did not share a copy with me. Nonetheless. Yes I did do at least most of those things. Proudly. That is my duty I representing the people rather than some phony genteel image of council. So. No apologies.”

Carr then berated Sawyer for his attacks and questioned why Sawyer was not sharing a report on the issues facing the DDA, since he is the liaison for that group.

This and more challenges will be heard next week at the Chamber of Commerce candidate forum. The forum will be held in council chambers on Tuesday, March 13th at 6 p.m. For the recorded meeting go to https://www.mountainjackpot.com/woodland-park-city-council-meetings/