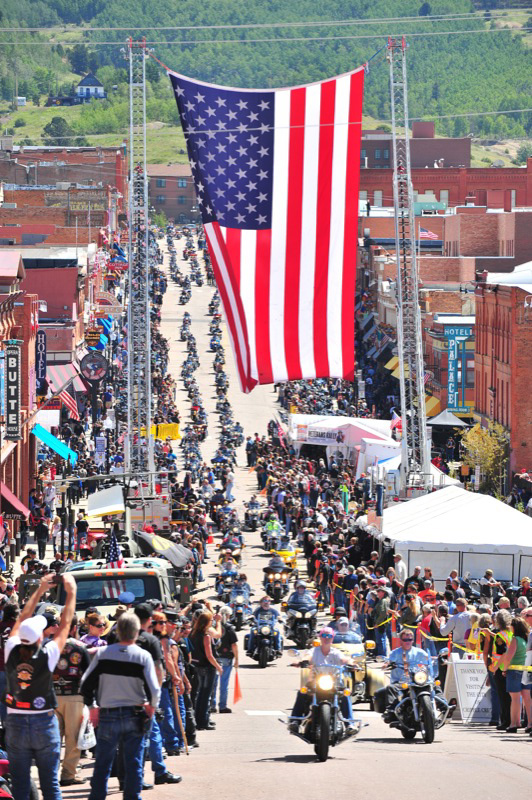 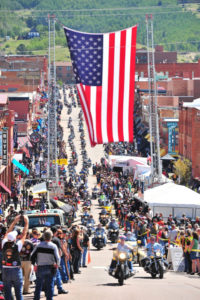 Personally, I do not possess a strong opinion either for or against the Veterans Rally. However, I have lived in the area for a very long time, and I have been on both sides of the rally. I have seen thousands of motorcycle riders leave from Woodland Park and I have seen them arrive in Cripple Creek. I have volunteered for the rally, worked in casinos during Biker Weekend and have been a spectator at the event several times. I also lived in Cripple Creek during a number of their Biker Weekends.

Since I don’t have strong feelings toward either side of the debate, I figured I would try to shed some light on the situation as a neutral party, and one that has observed the rally from multiple perspectives for several years. So here it is the pros and cons of the famous yet controversial event from my perspective.

To me the pros on this one are simple. Small communities such as ours depend on tourist traffic and people from other areas travelling through in order to survive. Any time you have something interesting going on in a small town, it creates a draw to the area. When more people come into a town for an event, the idea is that they will spend money and help small businesses, thus increasing tax revenues for local and state municipalities.

The Veteran’s Rally exists in Teller County for that very reason. The proof is in the pudding on this one! Any time an event brings in almost as many people to the area that live inside the county, it is difficult to argue that the event does not help the community in any way. So, for me, it is hard to formulate an argument against the rally based on the fact that some people don’t think that it benefits the county.

When a single event draws in 10,000 to 15,000 extra people, there will be businesses that see an increase in revenue. And when an event draws people into an area, it embeds our beautiful region inside their heads and most likely they will return at some point. The fact that the rally brings in folks from 20 different states as well as foreign countries, helps grow the Teller County brand. I think that it is good for an event to help an area get put on the map.

I think the majority of the people that are against having the Veterans Rally and motorcycle ride in Teller County feel that the event is more of a hassle to the county. In other words, the benefits don’t match the problems. Many people do not appreciate the burden of hearing loud noises and being stopped in traffic for an event that does not benefit them in any way.

As far as the perspectives of our government officials, I think that some of them see it as a waste of resources. The local county and city governments and law enforcement agencies spend a lot of extra money to make sure the event goes smoothly. Aside from the expenses of closing down the highway, security for the event is also a major expense. Every year, all of our local law enforcement agencies call upon every single one of their police officers to help with security and crowd control efforts. I can imagine that many government officials believe that the amount of money spent to make sure the event goes well without any serious incidents exceeds the amount of revenue they receive in return.

I also can see the reason why some local small business owners have wished away the biker rally. I have heard many people complain that the bikers do not spend money when they are in town. Many feel that the only businesses that are positively affected by the rally are bars, restaurants and hotels. Even most casino workers say that the bikers only come into the casino to drink for free, and as a whole, are not big gamblers.

Many people really believe that the rally burdens the area and question the benefits. I also have heard some people complain that the rally is more about the bikers than it is about the veterans. Besides I have never really understood the connection between Harleys, leather jackets and military personnel, but I guess that’s just me. My only real thought on the subject is that I, myself, could go without hearing these obnoxious engine noises roaring non-stop for a whole weekend every single year. When I think about bikers and the crowd and culture in general, I am reminded of a certain episode of South Park that makes fun of the biker culture.