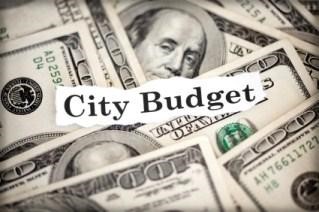 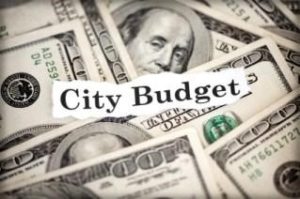 – By Bob Volpe –
The November 2nd regular meeting of city council was civil, but split
hard on how to reduce spending, yet maintain the current level of
services for the people of Woodland Park.This year’s budget kerfuffel over spending and saving is almost a
mirror image of last year’s. Fiscal conservatives on council and in
the community want deep cuts in spending, while city staff wants to
maintain the current level of service and improvements.At issue for proponents of budget cuts are how to restore reserve
money that was expended last year on major construction projects in
town, and the level of debt incurred with those projects.

Last year there was near panic by some over debt incurred by the city
on Memorial Park, the Aquatic Center, and a new city maintenance
facility. All three of those projects are complete and operating, but
the concern over the debt remains.

Councilman Val Carr has proposed a plethora of cuts. He said, “I think
we should throttle back on growing service levels for a while, but
this budget does the opposite; it grows spending without any urgent
need whatsoever. I’m feeling conservative right now and think we’re
much safer by budgeting for a reasonable surplus at this time. This is
not the time to have a budget that lowers our reserves yet again.”

Councilman Paul Saunier agreed. He said, “I am deeply troubled by the
budget as presented. With a dangerously low reserve and the large
unknown risk of the Aquatic Center, I expected a conservative budget
that would begin to move our community toward a safer financial
position.”

Former city finance director Kellie Case spoke as a private citizen in
favor of Carr’s proposal. She said, “After a thorough review, I
support Mr. Carr’s approach to the budget because it reflects
carefully considered reduction in spending, designed to improve the
city’s financial position while maintaining a high lever of public
service.” Case spoke last year about her same fears on the 2017
budget.

Councilman Noel Sawyer went past just asking for the usual cookie
cutter cuts conservatives love so much. He suggested city funding to
Main Street. be abolished. That would save the city $54.000. Sawyer
contends that Main Street, like the DDA, should have to make it on
their own merits. The proposed budget for part time Main Street
coordinator position is $32,000.

Both Sawyer and Carr recommended the elimination of the Special
Projects Department in favor of part time employees and volunteers
running that job at a savings of $229,000.

The Empire Strikes Back

City Manager David Buttery provided written responses to both Sawyer
and Carr’s suggestions. In his comments, Buttery defended the budget
sighting achievements of the Special Projects Department and those of
Main Street. He did agree that the general fund had been knowingly
stretched in 2017 with Memorial Park and the Aquatic Center. Buttery
contends that the proposed 2018 budget takes into account and reflects
improvement in the fund balance and fund balance reserve.

The one thing everyone agreed on was lifting the hiring freeze on
police and a school resource officer. The budget does indeed provide
for additional officers. What is still to be worked out is by how
much. Police Chief Miles DeYoung expressed his appreciation to the
city in a memorandum, thanking them for their support.

If you are concerned, and you should be,  about how the city spends
your tax dollars, you are encouraged to attend these meetings. Be
prepared for a lot of confusing numbers juggling and if possible bring
your financial planner with you to explain what they’re talking about.

The funny (not the haha kind) thing about proposed budgets is, they
are calculated on the performance of past revenue streams collected by
the city. Another National disaster like 9/11, a wild land fire that
reaches the city limits, a recession like that of 2010, or any number
of unexpected conditions and, poof, revenue stream drops faster than a
drunk on ice skates.

One thing is for certain: nobody is going to come out of this with
everything they want, except maybe the police force, which, in their
case is well deserved.