This post was selected because December 12th  was the 97th anniversary of the Frank Sinatra’s birth.

He was “the Chairman of the Board.” “Old Blue Eyes.” There is no debate about whether he was a great singer. That would be rather like debating whether Michael Jordan was a great basketball player. The debate is whether he was the greatest popular singer of all time. He also happened to be a brilliant, underrated movie actor. He was the ultimate “swinger,” leaving countless swooning women and girls in his wake. He loved to brawl, and he loved his Jack Daniels. He was a completely original and unique character in the history of show business.

Okay, that being said, here’s a few facts you may not have known about the one and only Mr. Frank Sinatra. 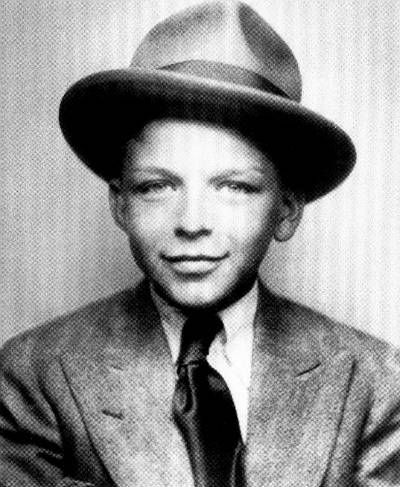 A forced delivery at birth left permanent scars on his neck and cheek and ruptured an eardrum. This eardrum injury is what kept Frank from enlisting and serving in World War II.

According to Mia Farrrow (who Frank had been married to briefly), Frank offered to have Woody Allen’s legs broken for her after he found out Woody was having an affair with her adopted daughter Soon-Yi Previn.

Frank loved the color orange. It was his favorite color.

He permanently injured one of his fingers in a fight scene in The Manchurian Candidate (1962). He threw a karate chop and his hand went through a solid wooden table, breaking several bones in his little finger. The footage was left in the film.

In 1950, Frank attempted suicide by sticking his head in the kitchen stove and turning on the gas. The failed attempt occurred after a fight with Ava Gardner, who he was madly in love with. The two married the next year. 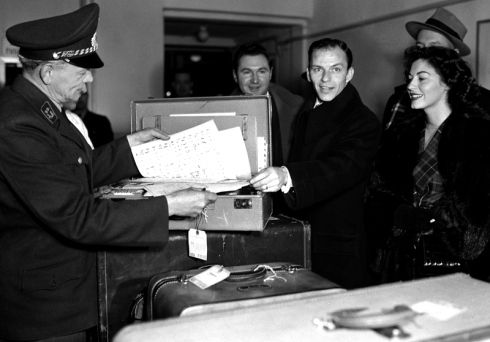 Frank was flat broke in 1951, so wife Ava Gardner had to pay for his plane ticket to Africa so he could accompany her while she was filming Mogambo (1953).

Although the song “My Way” is often thought of as his signature or theme song, at first he didn’t want to record it. He thought the song was “self-serving and indulgent.”

He loved playing with his beloved electric train set. He had a track set up that traced his entire career, starting at a replica of the Hoboken, New Jersey, train station.Many know that Frank won an Oscar for Best Supporting Actor for his performance in From Here To Eternity in 1954. But Frank had already won a special Oscar for a short film about intolerance called The House I Live In in 1946.

When actor Bela Lugosi died virtually penniless in 1956, Frank quietly paid for his funeral.
It was during the filming of a kidnapping scene for the movie Robin and the Seven Hoods (1964) that Frank found out that his son, Frank Sinatra Jr. had been kidnapped. 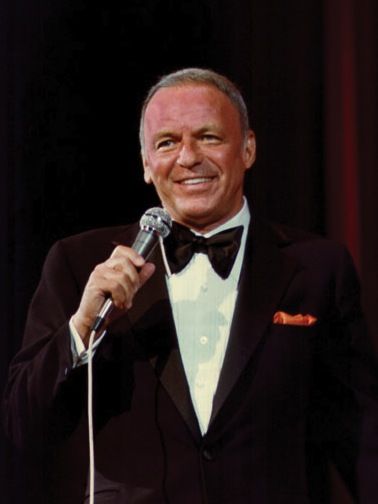 It was during the filming of a funeral scene for Robin and the Seven Hoods that he found out that his close friend, President John F. Kennedy, had been assassinated. For obvious reasons, the scene was never used in the movie.

Frank was the first choice to play Harry Callahan in the 1971 film Dirty Harry, but he had to bow out when he broke his finger.

Frank was offered the lead in the movie Death Wish(1974) but he turned it down and the role went to Charles Bronson instead.

Sinatra’s epitaph: “The Best is Yet to Come.”

Back to the Drawing Board!